The fatal attraction of the Coronado Bridge

“Mother Teresa said loneliness is the greatest illness on earth.” 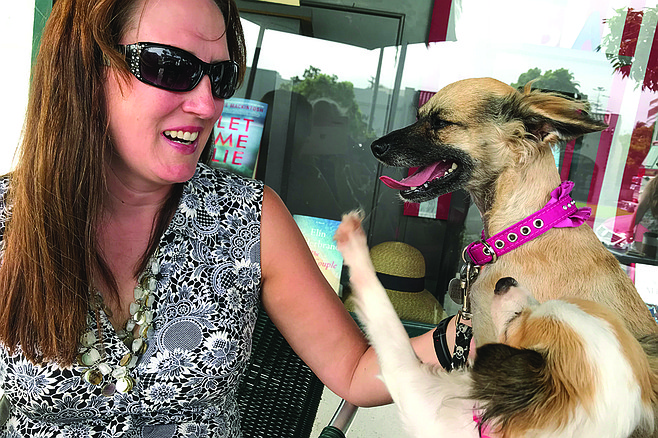 Jamie Sorenson knows suicides. She’s written a book on it, Why You Tried to Kill Yourself. And in the Navy, she’s counseled thousands. But when it comes to advising Coronado bridge suicide-prevention groups, she’s surprisingly reticent.

“When I ask an audience about whether wall spikes or putting fences up on the Coronado bridge would make a difference in suicide prevention, they’ll say, ‘No, it doesn’t matter.’ And I say, ‘What you’re saying is true, if someone has a death wish.’”

Still, with the bridge’s present low wall, impulse-suicide seems just too easy, and maybe one reason why more than 400 people have died from leaping off in the fifty years since the bridge opened in 1969.

And bridges, she says, hold a fatal attraction. “Jumping off the bridge is access suicide when someone’s having that bad, impulsive day.”

With many, though, it’s not a spur of the moment decision at all. “It is years of contemplating it,” she says. “Death wish fantasies. They will literally drive to San Francisco to make the suicide attempt. I mean from around the world. That [pull] is certainly true of the Golden Gate Bridge. Even in suicide, people don’t want to feel alone. And there’s something about water that sometimes people find spiritual. Like, ‘At least I will have died in a body of water.’”

Sorenson, who is a mental health nurse practitioner embedded with the Point Loma submarine squadron, says suicide rates are going up consistently. “There hasn’t been a downtick in years. Like, 7 to 22 veterans commit suicide every day. On average, that’s about 6000 suicides every year. And it’s not only vets. In 2017, 66 active duty military in the Navy committed suicide.”

And nationally, 41,149 individuals committed suicide in 2013. “That’s one every 13 minutes, and 25 attempts for every one suicide,” she says. “Even so, 25 other countries in the world have higher suicide rates than the US.”

Installation of the prevention spikes could cost Caltrans a quarter million dollars, and a permanent fence, maybe $100 million. But stopping suicides also saves a lot of money. “Suicide can have billions of dollars of effect on the economy. Think of the financial consequences of paying social security to someone’s children for the rest of their lives.”

But we shouldn’t look at a bridge fence as a panacea. “Mother Teresa said loneliness is the greatest illness on earth,” Sorenson says. “The absolute biggest thing for suicide prevention in my experience is validation, of an individual. Letting them know they’re not alone. There are lots of ways of helping. Like one woman just paints rocks. And on the rocks it will say ‘You are loved.’ Or it will say ‘Hope.’ And she places these where someone would start walking up to commit suicide. So if they look down, and see this rock, it’s like it’s a sign, saying ‘You matter. Don’t do it.’”