Slipped off in rip current 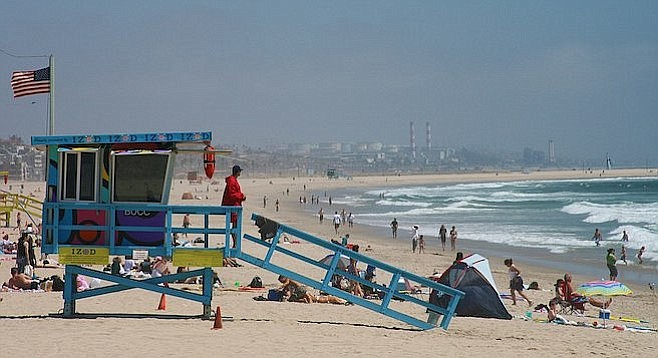 On February 4 Mission Beach lifeguard, M. DeRieux, spotted a young boy as he “slipped off of his boogie board in a rip current directly off of the Mission Beach main tower,” reported the Lifeguards of San Diego Instagram page.

“DeRieux [then] ran into the water with his can and fins while yelling to the victim to get back on their boogie board.” The boy was rescued. 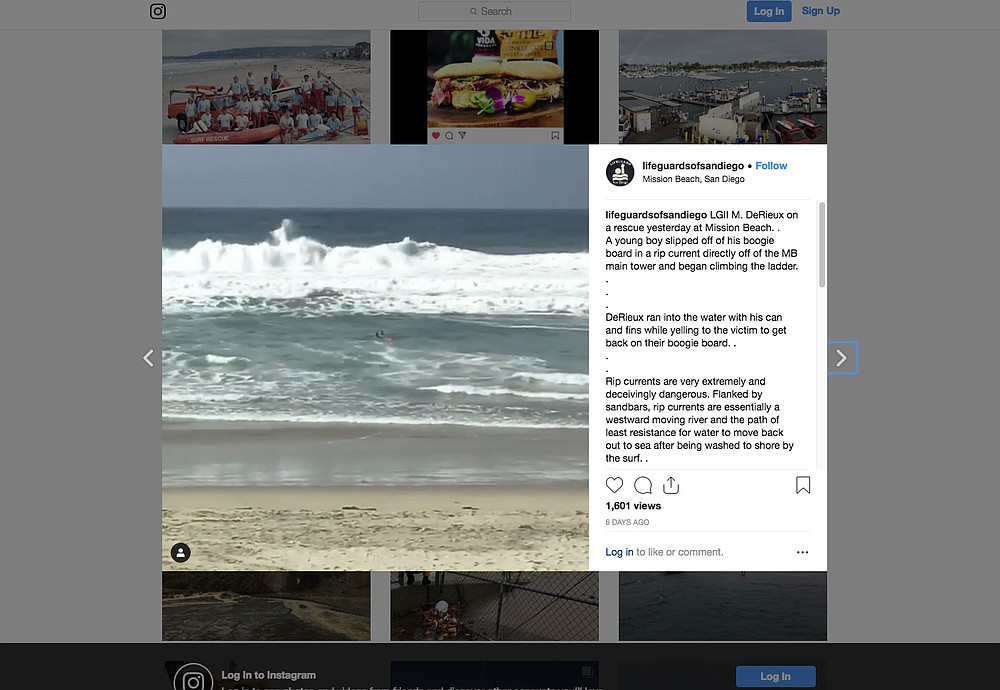 John, a bodyboarder in the area, has used his Morey boogie boards since the early 1990s. “Sometimes the surf can be small but the rip current can still pull you,” he explained. “You can see the rip current if you sit back and watch the water. The water appears chopped up where the rip is at.”

Magicseaweed.com reported the waves to be about three feet that Monday.

“The rip currents are extremely and deceivingly dangerous,” said Lifeguards of San Diego on Instagram. “Flanked by sandbars, rip currents are essentially a westward moving river and the path of least resistance for water to move back out to sea after being washed to shore by the surf.

“If you are caught in a rip current: do not panic, remain on your flotation device if you have one, move parallel to shore if you have the power to do so. If you are in need of assistance wave your arm in the air. Always ask a lifeguard where to swim prior to entering the water.”

I have long wanted to learn how to surf or something like that, but I am very much afraid of such stories and I often read this lately.