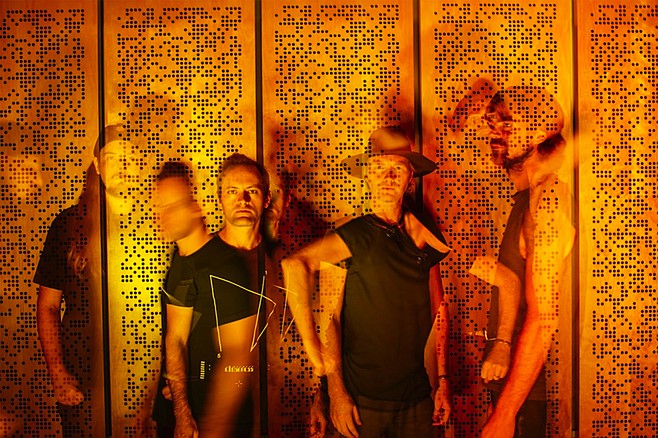 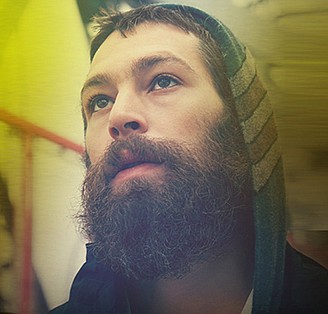 Matthew Paul Miller, aka Matisyahu, earned a lot of early press for being the first widely known Hasidic Jewish reggae performer to incorporate rapping and beat-boxing into his music. You could run down a calculator trying to add up all the films and TV shows that featured his 2005 single “King Without a Crown” in the soundtrack. Over the ensuing years, he’s evolved into more of an indie rock star who just happens to weave in and out of hip-hop and island music, as evidenced by both a new look (sans facial hair) and last year’s Undercurrent full-length, his second-highest U.S. charting album to date at number 16. The record didn’t exactly yield any hit singles akin to past smokers like “Sunshine,” “One Day,” “Live Like a Warrior,” “Miracle,” or even his one-off non-album track “Happy Hanukkah” (a tune currently back on the viral merry-go-round thanks to a slappy cover version by Canada’s Walk Off the Earth). However, he has picked up ever-increasing attention among alt-rock tastemakers and bloggers, even sparking a game over on Facebook called “Matisyahu or 311,” wherein snippets of music by both acts are paired without ID and the listener is tasked with guessing the performer. Considering Matisyahu has been known to cover songs like “Use Somebody” by Kings of Leon, the game is harder than you might expect. He’s been making annual appearances in San Diego since first turning up at House of Blues in 2008, with his next area concerts scheduled for April 10 and 11 at the Belly Up. 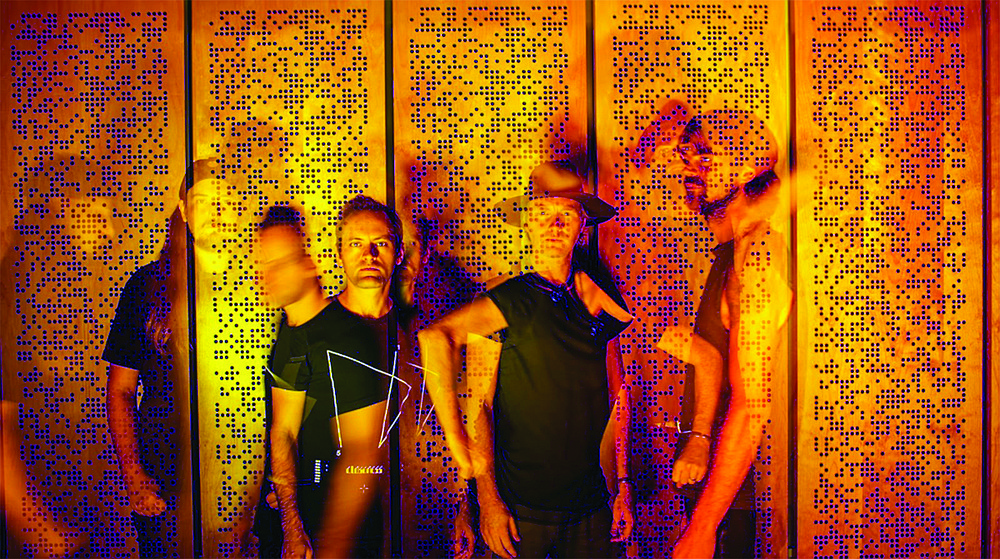 The Faint and Choir Boy

Omaha cyberpunk rockers the Faint were taking electrogoth to the dance floor years before latterday copycats such as the Killers and Franz Ferdinand, mainly thanks to their defining masterwork Danse Macabre. They’ll soon drop a new album, Egowerk (due March 15 via Saddle Creek Records), so far preceded by three singles that sound for all the world like what John Connor must hear in his head while blowing up Terminators. Spinning all three back to back – “Alien Angel,” “Chameleon Nights,” and “Child Asleep” ­– is like being forced to navigate the technological minefield of Netflix’s Twilight Zonian thriller Black Mirror. Storytelling lyrics unfold increasingly darkwave dirges of social media gone horribly wrong in a world full of egomaniacs who can only consume, and never create. “Egowerk’s focus is on the current social state of the internet,” says singer Todd Fink in advance press for the album. “An amazing world of free knowledge, communication, and opportunity is proving to be a toxic battleground. One where the people most sure of their opinion are quick to take a stand and destroy anyone who doesn’t agree with them…I’d like to see people less convinced that they’re right about everything all the time.” The Faint doesn’t swing through San Diego very often – the last time was in 2016 with Gang of Four – so it’s nice to see the Egowerk support tour is basically kicking off at Observatory North Park on May 5 (after a warmup date in Phoenix). The bill includes Fink’s side band Closeness, which features his wife Orenda (of Omaha rockers Azure Ray), along with Salt Lake City synth-pop rockers Choir Boy. 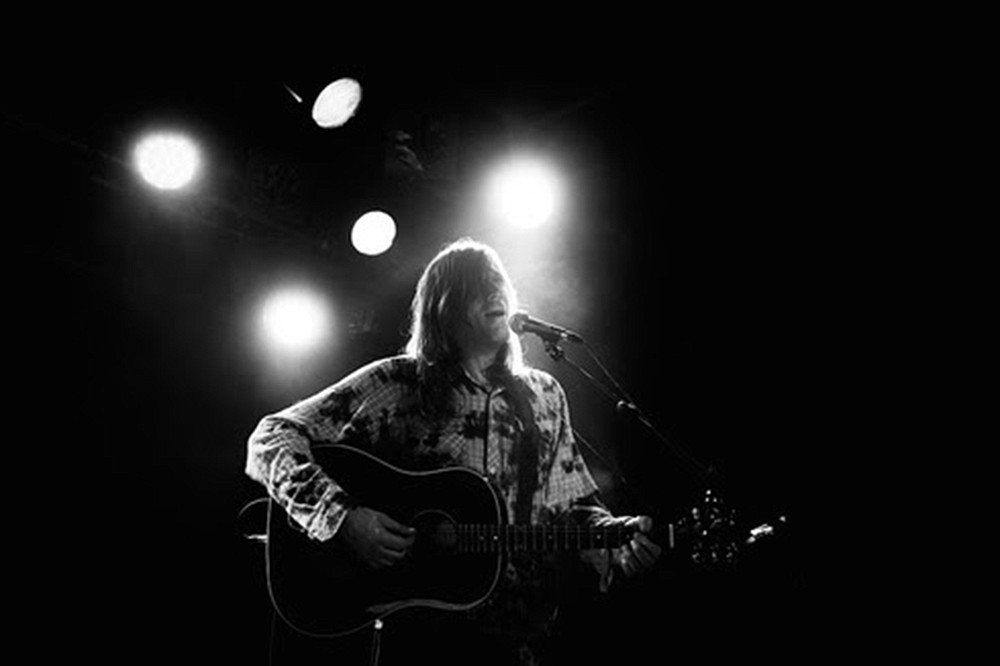 The Lemonheads and Tommy Stinson

Springing from Aerosmith’s hometown of Boston circa 1986, the Lemonheads couldn’t be a more different band. Where Joe and the boys riff, the ‘Heads roll; where Steven Tyler shouts, Evan Dando hums. Instead of overdrive, there’s electro-glide. Less braying, more burning. Sadly, there’s been a dearth of original recorded material from the band for too many years now. However, they’ve been trying their hand at some almost comically rearranged cover songs on a long-in-progress two-album set called Varshons, the first of which dropped nearly a decade ago and the second newly arrived just this week. Volume one took on acts as diverse as GG Allin and Gram Parsons, with one track sporting guest vocals courtesy of perpetually hungry Calvin Klein model Kate Moss. This time around, the cover tunes are drawn from acts ranging from Nick Cave (“Straight to You”) and Yo La Tengo (“Can’t Forget”), to Paul Westerberg (“Things”), John Prine (“Speed of the Sound of Loneliness”), the Jayhawks (“Settled Down Like Rain”), NRBQ (“Magnet”), the Eagles (“Take it Easy”), and even new age warbler Lucinda Williams (“Abandoned”). It all takes on a Lemony fresh scent on Varshons 2, which was produced by Matthew Cullen (Lana Del Rey, Black Lips) and mastered by Howie Weinberg (the Ramones, Nirvana), with a limited vinyl edition that comes in a banana-scented scratch-n-sniff sleeve. The summer support tour brings the Lemonheads to the Casbah on May 25, where Minneapolis songsmith Tommy Stinson will open. 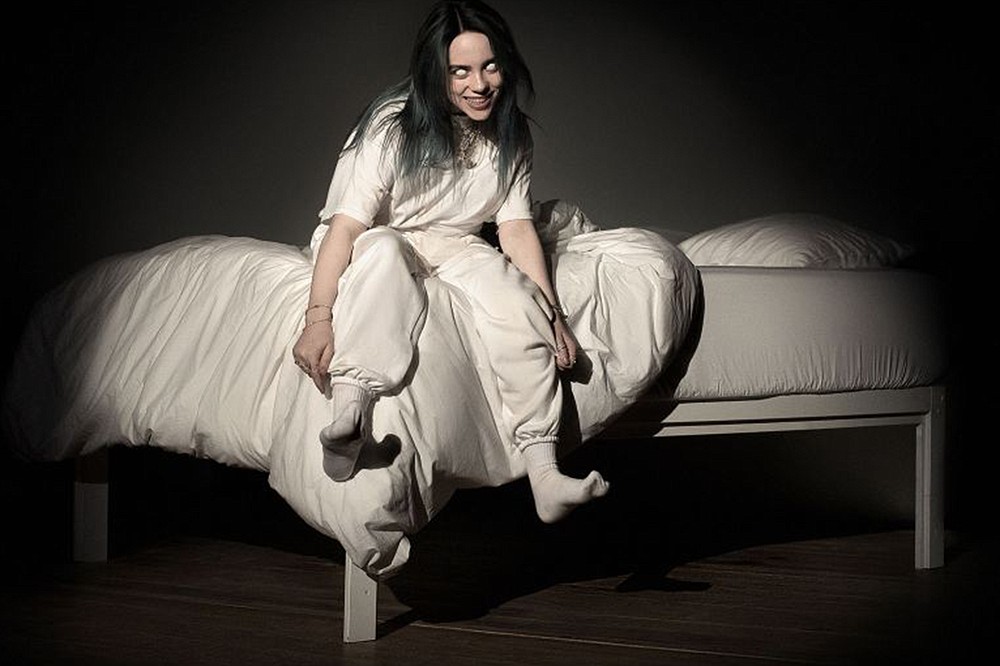 For better or worse, alt-indie heroine Billie Eilish is one of this year’s most buzzed-about artists, with a debut album premiering at the end of March courtesy of Interscope/Darkroom Records, When We All Fall Asleep, Where Do We Go? Her inescapable single for “Bury a Friend” has so far racked up over 50 million streams, and the just-released video directed by Michael Chaves is at this writing the number one trending clip on YouTube, with 23 million views and climbing. Her 2017 Don’t Smile at Me EP is almost inconceivably successful for a 17 year-old newcomer, reportedly bringing tracks such as “Ocean Eyes,” “Bellyache,” “Idontwannabeyouanymore” and “Watch” over five billion-with-a-B combined global streams and remaining in the Billboard Top 200 for more than 18 months now. All the online exposure has helped make her one of the most anticipated performers slated to debut at Coachella in April, after which she’ll embark on an album support tour that wraps in San Diego at SDSU’s Open Air Theatre on July 13. Also appearing will be Florida rapper Denzel Curry, whose third studio album from last year included a guest appearance by Eilish.