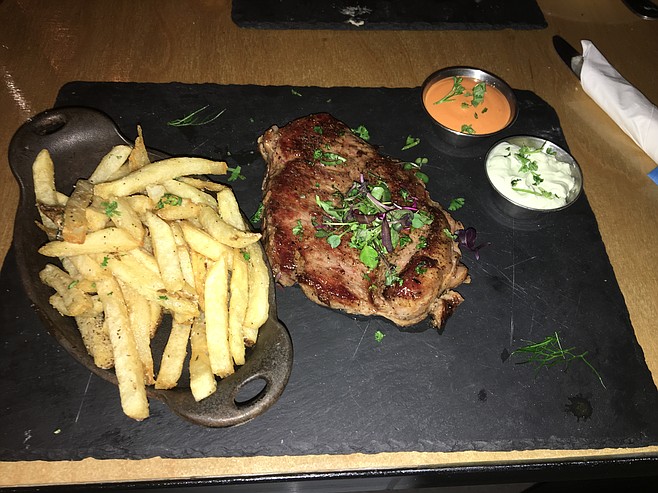 Has there been a better time to be a boozehound in San Diego?

As the craft beer scene has matured, some locals are branching out into other liquor areas and creating an intoxicating distillery scene as well.

On the vanguard of this is 619 Spirits, which calls itself San Diego’s first urban craft distillery and tasting room.

Located on Lincoln Avenue in North Park, the tasting room is offering cocktails and dining. 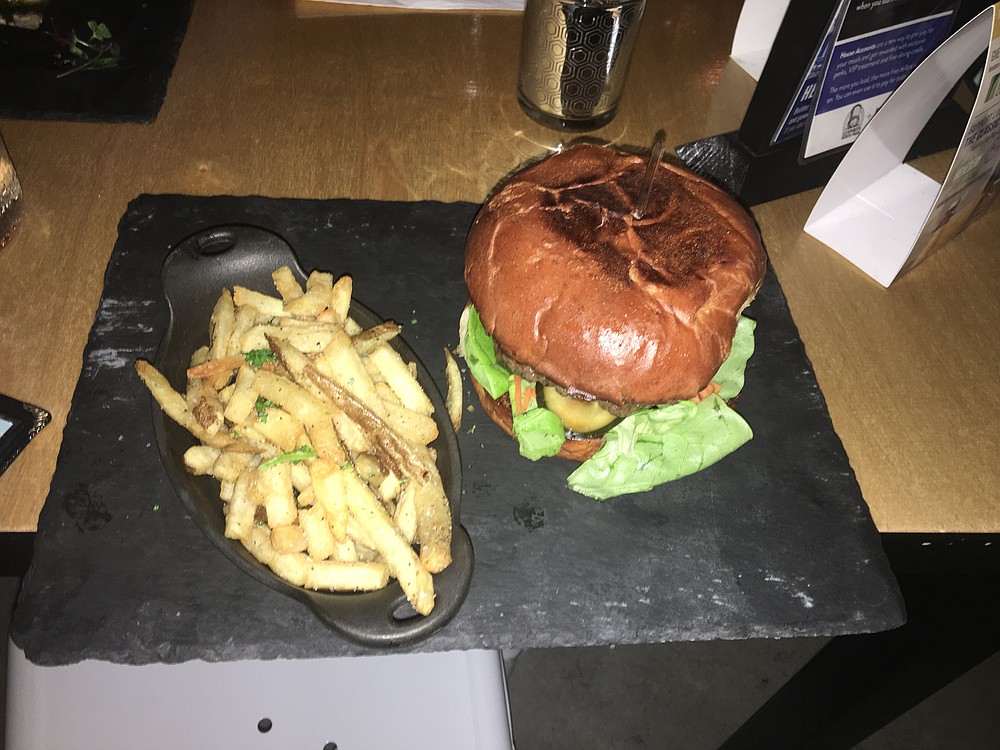 The Bahn Mi Burger at 619 Spirits takes a half-pound of meat and adds a touch of Vietnam.

The cocktail menu is divided into two sections: Drinks made from 619 Vodka, which is distilled on premises, and other craft cocktails made from other locally made spirits.

The drink menu was extensive enough that I started with an appetizer first, while I made up my mind.

The house-made hummus ($12), topped with pesto, almonds, and olives and served with pita chips was creamy, popping with flavor, especially with the toasted almond. 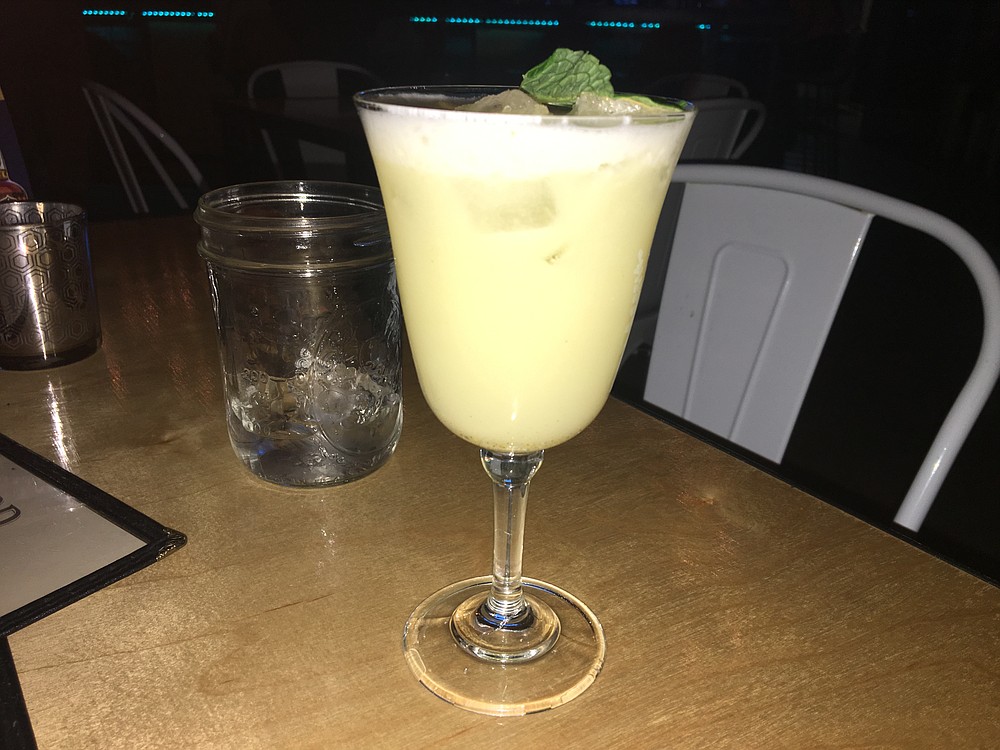 For my first cocktail, I picked the Thai Me Up, ($11), a spicy mix of the distillery’s Scorpion Pepper Vodka, curry powder, lime juice, orange juice, coconut cream and pineapple. It was like a pina colada with heat.

For my entree, there was one thing that stuck out: The Bahn Mi Burger ($16), a half-pound burger flavored with soy sauce, scallions, pickled cucumber and cheddar cheese on a Brioche bun.

It was the right mix of Vietnamese seasonings and good old American hamburgerness.

The fries were hot and crispy.

My friend got the Steak Frites ($21), and did he share a bite, noooooo.

For my second cocktail, I kept the heat going with something called the Blood of the Scorpion ($11), which blended the distillery’s Scorpion Pepper Vodka with blood orange and grapefruit juice. It was spicier than the Thai Me Up but fruitier.