The connection between The Band’s Rick Danko, and Danko Jones 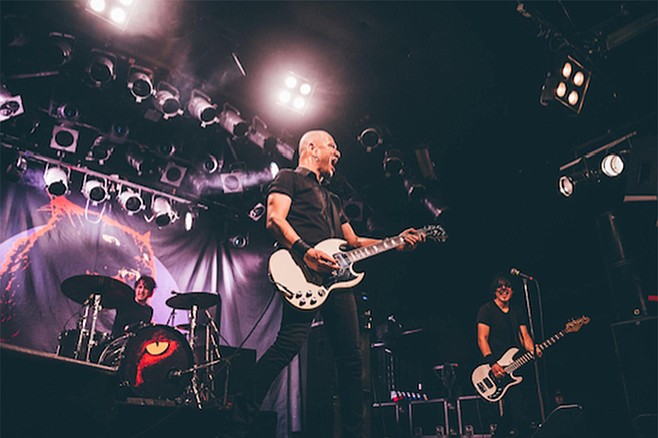 Canada: some of our better rock and rollers from over the years have come from up north. Joni Mitchell, Barenaked Ladies, Neil Young, Rush, Tokyo Police Club, Arcade Fire, and Ronnie “The Hawk” Hawkins, to name a few. Hawkins, a rockabilly star, was born in Arkansas, but has lived most of his life in Ontario. He may be best remembered for his role in helping launch The Band, a Canadian-American quintet that first performed as Hawkins’ back-up band, The Hawks. The Band later backed Bob Dylan, then went on to a career that left a significant impact on everything rock and roll.

It’s tempting to wonder if there is a deeper connection between The Band’s bassist, the late Rick Danko, and Danko Jones, an Ontario-based power trio that bears the name of its singer/guitarist. Danko Jones came about in the late 1990’s with a sound not unlike that of a boozy AC/DC, only harder, faster, and louder. And funnier, and indie-rock streamlined. (Danko Jones is not so much for the lengthy guitar solos.) Jones once told a reviewer that when he started his band, the sound he was aiming for was something in between the Blues Explosion and James Brown. Twenty years and several albums later, Danko Jones is now traveling in support of their latest, Wild Cat.

Danko Jones is a big draw throughout Europe and the Scandinavian countries. The trio spends much of their time there. Their records chart well in Europe, and that kind of success pays for a lot of groceries. But America is still the proving ground for good old rock and roll. Will Danko Jones rise above this country’s discord of Voice spinoffs, indie flameouts and auto-tuned pop radio cheese? Will the power trio from Canada strike gold here, as so many of its predecessors have done in years past?