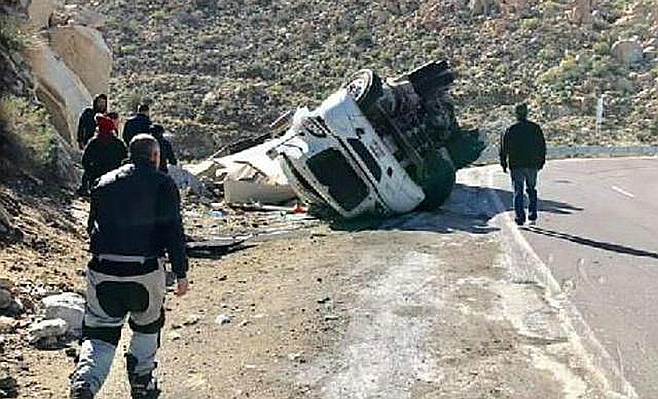 On February 3 at about noon, a white International diesel truck with a trailer full of beer toppled over at La Rumorosa on the Mexicali-Tijuana 2D Highway, about 60 miles east of Tijuana.

According to La Voz de la Frontera “thousands of liters” of beer in bottles and kegs en route to Mexicali were spilled. 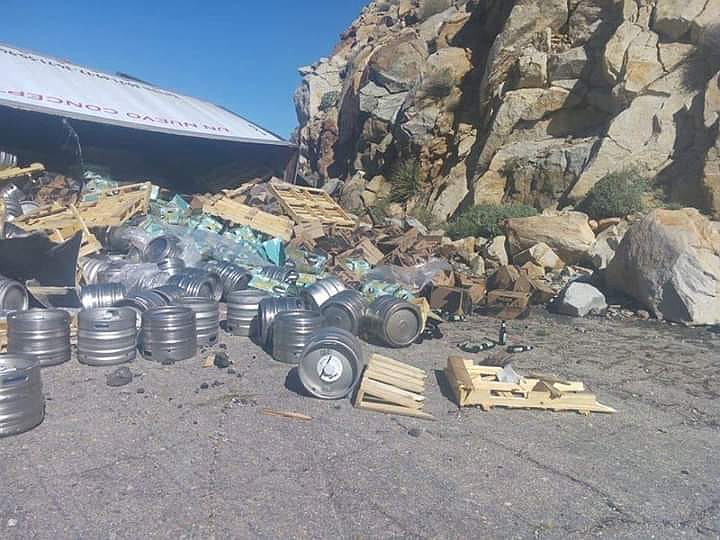 “Several [drivers] on the highway stopped in the area to extract the beer from the overturned truck which consisted of kegs,” Frontera reported, “the authorities had to take extreme precautions.”

One female filmed the toppled truck as she passed by and posted it on Facebook. “The boxes of beer made it into some of the cars [that were pulled over],” she captioned her video. “How seriously shameful …. rats.” 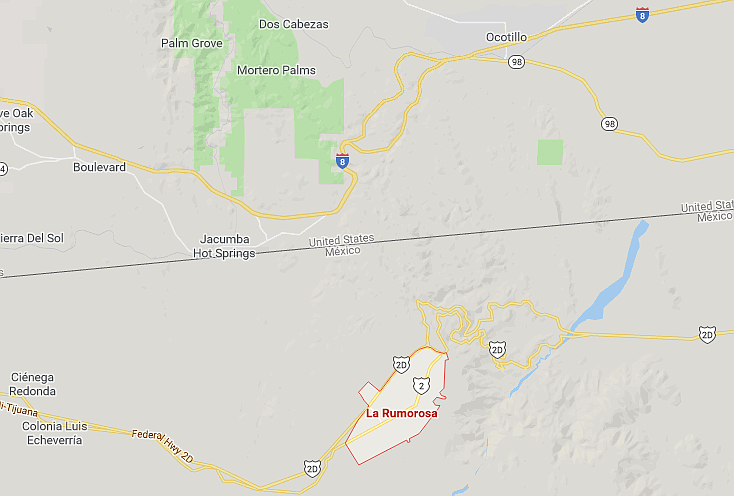 “Technically nobody loses,” Ernesto responded. “That cargo was insured and the cleaning was going to have to be done by the state, so in this situation the people [thieving] helped.”

Frontera reported that the driver of the beer truck was injured and paramedics from the Red Cross provided first aid to him without having to transfer him to a hospital.

Tony Vela from National City saw the report. “I can’t take what isn’t mine,” he said, “I would’ve looked after the driver instead. I have driven that road before and must admit that some of these truck drivers go way too fast for the dangerous two-lane highway that connects Tecate and Mexicali.”

According to dangerousroads.com which showcases “the world’s most spectacular roads”: “La Rumorosa (a municipality of Tecate), is a mountain pass at an elevation of 4,042 ft. above sea level. There are sheer drops virtually along the entire route and enough hairpins to make a whirling dervish dizzy. It’s a dangerous road due to the wind in the region.”