Go for the fish, stay for the tempura PB&J 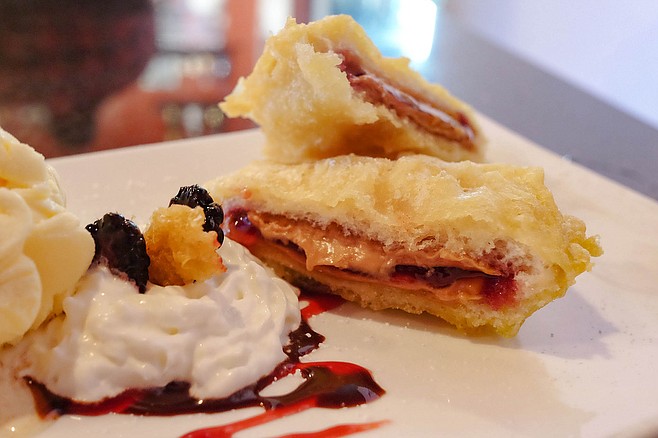 Lunchtime on a Saturday, and a Reserved sign was placed before every seat at the sushi bar at Goody's Sushi & Grill. Sitting nearby, I watched as, all at once, customers trickled in to claim their seats.

“Is that some sort of sushi party?” I asked my server, mentally noting the idea for my next birthday.

Turns out, it was a weekly omakase event. Reserve a spot at the bar, and for somewhere between 80 and 90 bucks, Chef Goody will guide you and the other diners through an ever-changing litany of fish and unique intermediate dishes. For this group, the meal started with a soup of eggplant in lobster broth.

Elegant fare for National City, which I’ve often heard described as a food desert. But the more time I spend there, the more I find compelling, under-the-radar eateries like this. Goody’s has been there going on ten years at least, serving an abundance of raw fish within an ignominious shopping center, just of the 5 freeway. I’m way late to this game. 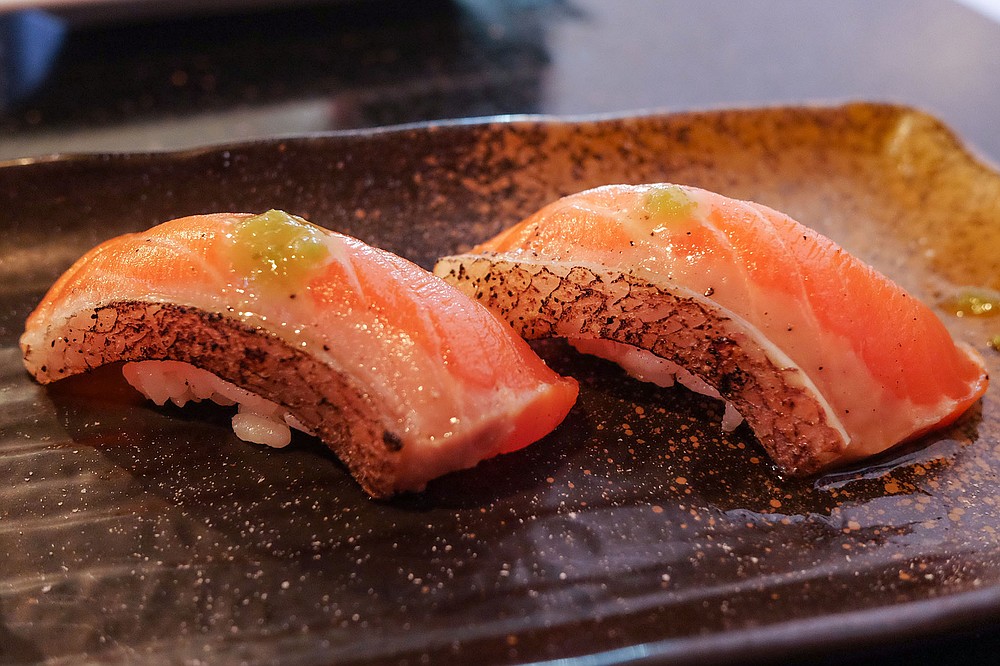 To be honest, what drew me in wasn’t the sushi. I did count on eating raw fish, and based on online reviews even expected to like it. But when I studied the Goody’s menu at home, the dish that stuck in my head was a desert item: tempura PB&J.

As a fussy teenager living in Okinawa, Japan, I was taken to many a sushi restaurant. I would try the fish, but my palate wasn’t ready, so most of my meals consisted of steamed rice and tempura everything. There were always tempura vegetables, occasionally tempura fish, and always a tempura dessert: usually banana or ice cream. 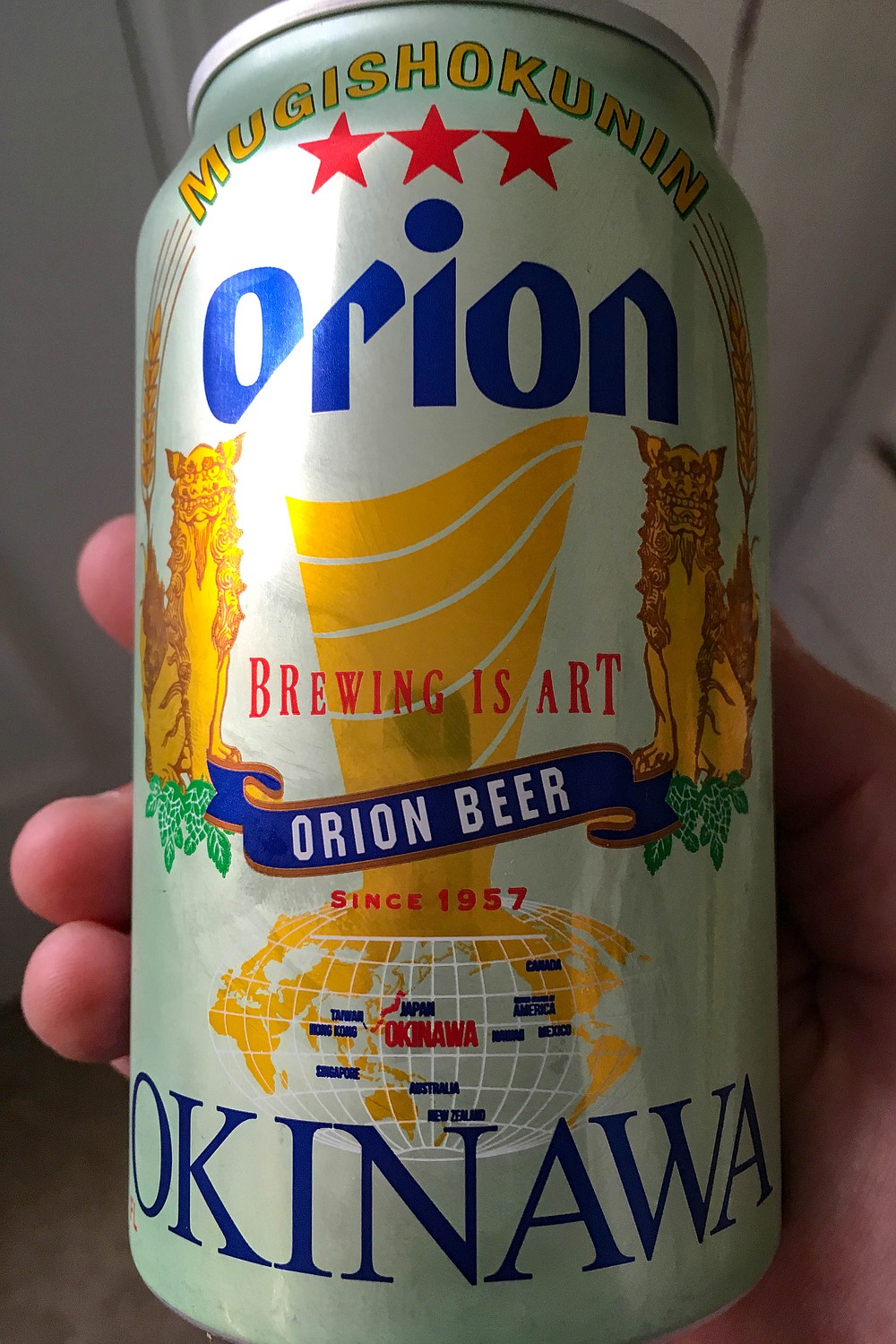 But I’d never seen tempura PB&J before. I’m not sure how Goody’s gets the grape jelly and creamy peanut butter to hold shape enough to dip in panko batter prior to deep frying it, but I can testify the $7.95 dessert comes with whip cream, berries, and vanilla ice cream, and the crispy concoction is a glorious contribution to the PB&J canon.

That said, it wasn’t the highlight of my visit. That would be the sushi itself, in particular a type of fish I’d never tried before: sea trout.

A couple of weeks ago, writing about a different sushi restaurant, I mis-captioned one of my photographs, presenting a piece of salmon as yellowtail. When a friend pointed it out to me, it was embarrassing. Any other type of fish, I thought, and I might have gotten away with it. But I mislabeled the most popular and instantly recognizable piece of fish in America. No other fish could be mistaken for salmon.

But sea trout can. The seasonably available fish went $6.95 for a pair of nigiri. A narrow strip of skin left on each piece was lightly seared, but otherwise it looked just like raw salmon, with the same orange-pink flesh, layered with white ribbons of fat. Sea trout even swim upriver to spawn, just like salmon.

But the fish eats differently. Raw, its texture is more that of a crunchy fish, rather than the luxuriously buttery salmon. Flavorwise, its mild sweetness reminded me more of a snapper, nicely balanced with the hint of smoke in the sear.

Goody’s had one more surprise in store. It’s opened a small shop next door, colorfully stocked with Japanese snackfood and beer. I picked up a six-pack of Orion, the Japanese rice lager made in Okinawa, my old home. That’s something I did develop a taste for as a teenager. Sorry, Mom and Dad.