One barrel at a time at Embarcadero Brewing 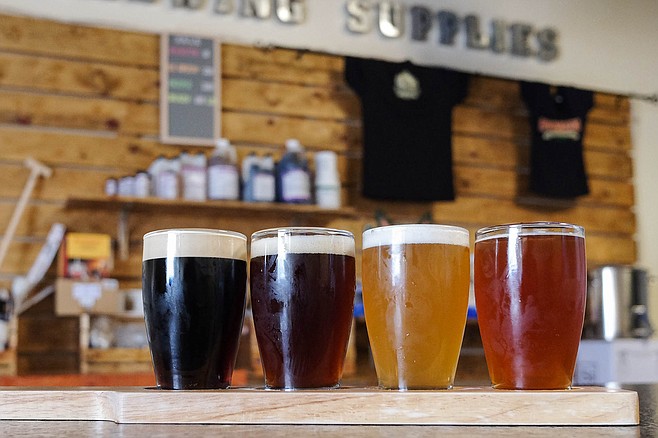 This past September, National City’s first homebrewing supply shop officially became National City’s first craft brewery. In a number of ways, Embarcadero Brewing and Supply feels like a time capsule out of San Diego craft history. The tasting room sits within a complex of industrial parks just off Mile of Cars Way. The beer menu reads straight out of the late 90s: a pale ale, a couple IPAs, plus a brown ale, golden ale, strawberry blonde, and nitro stout.

When I show up on a Saturday afternoon, its large roll-up door is open to the parking lot, and two of the business’s owners are manning the tasting room: cousins Gustavo Molina and Marco Peña. Along with their respective brothers, Jorge and Arturo, the South Bay locals partnered up to open Embarcadero, using limited resources. To get the brewery component launched, they had to close the shop temporarily, and divert resources from homebrewing inventory. So, while a corner of the space remains stocked with grains, mash paddles, and single-barrel conical fermenters, the breadth of gear is not what it used to be. They swear it will be back to full strength again soon, but in the meantime, their homebrewing customers find other reasons to visit. 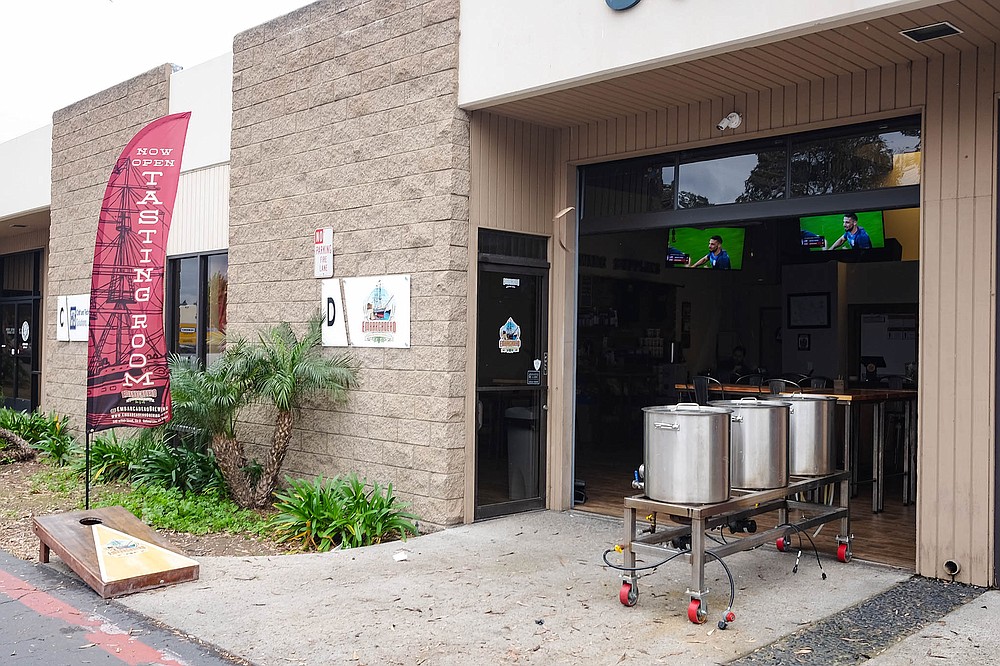 “We’re getting the same customers that were buying the homebrew supplies,” says Molina, “but now they just come to drink.”

There are seven beers pouring, and they all drink well. Molina and his brother take the lead on brewing, producing one barrel on a three-vessel homebrew system. It’s sitting on casters just outside the shop, wheeled out to make room for customers.

I start with the golden, dubbed Rancho Del Rey. That was the name encompassing the entire South Bay region when the Spanish first settled the area. The water behind this beer is local too, National City well water, pulled from an aquafer hundreds of feet deep. Its relative softness helps the golden remain crisply refreshing, accompanied by minimal hop bitterness.

It’s also applied to the strawberry blonde, called Camarosa for the varietal of strawberry Molina hand-picked from a local organic farm. The fruited beer tastes clean, and the sweetness of the strawberry shines through, without any astringency.

Between the water and berries, both beers benefit from small batch size, and have been early customer favorites, tough to keep in stock. Peña estimates maybe 40-percent of Embarcadero’s customers qualify as craft beer devotees. “The rest just want to come hang out,” he says. Some are National City residents – cops, firefighters, teachers, nurses — excited to try a local taproom. “They like the vibe,” he adds, and often their first question is, “What kind of light beer do you have?”

Another common demographic are homebrewers driving up from Tijuana. They too originally started coming here for homebrew supplies, appreciating the proximity. Also, as Peña points out, “We speak Spanish, so it’s easier to communicate… we connect with those guys a little more”

Embarcadero’s latest beer, a brown ale, speaks a little more directly to their Mexican heritage. Brown Like That gets its name from a song by local band, B Side Players. The beer is a collaboration with B Side bandleader Karlos Paez, and Bonita organic coffee bar, Sabor a Ti Caffe. It incorporates Sabor’s signature cold brew, fresh recipient of a first place trophy at the latest Cold Brew City contest held in December. Based on the traditional Mexican coffee drink,, café de olla, it’s brewed with piloncillo, cinnamon, cloves, and chocolate. It adds an element of candy-sweetness to the otherwise dry brown.

The easy drinking beer is likely to fill Embarcadero’s first round of cans later this year. I suspect it will make its city proud.