Olive had tears of blood 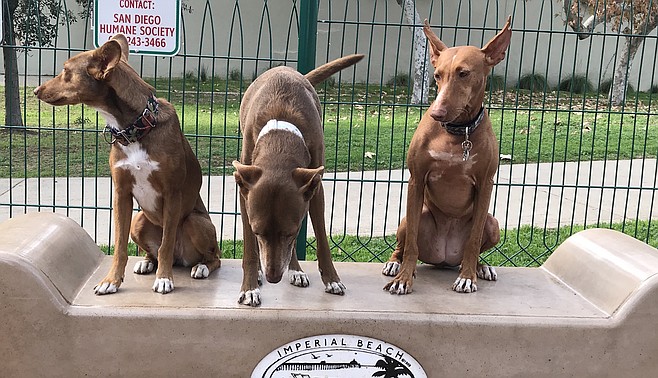 She was referring to the rash of cat attacks reported on the Ring and Facebook apps.

“Both of my [Pitbull and Catahoula] dogs are now scratched, bit and bleeding,” said an IB resident on Facebook. “Thank GOD neither of them had their eyes hit.” 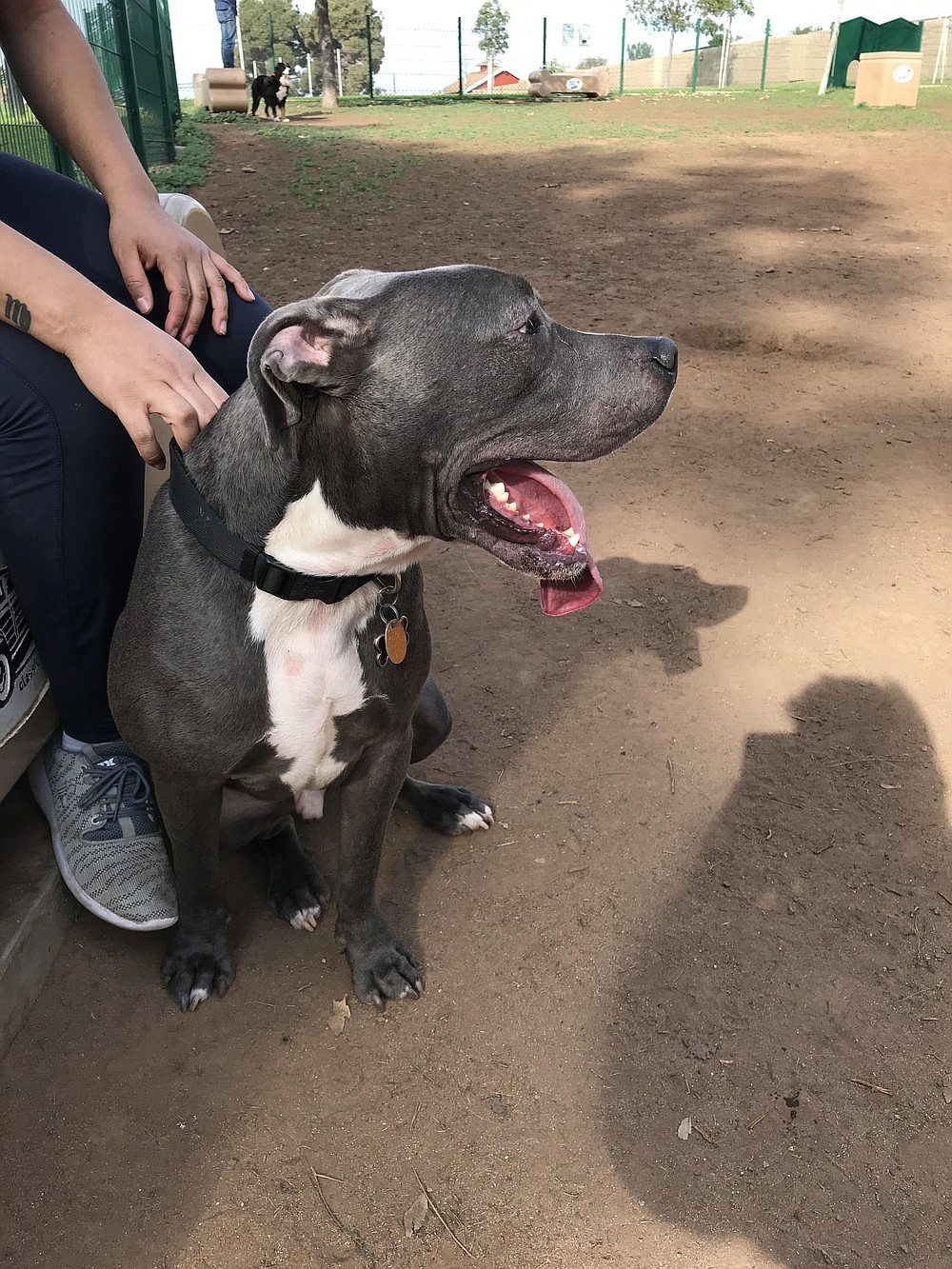 “Oh my, you don’t think cats can do that much damage,” Julie said about the “bloody” Facebook photos.

On January 28, I spoke to Julie and a couple of dog owners at Veterans Dog Park on 8th Street which is a block north of Imperial Beach Blvd. and a block east from the street where the bloody photos were taken.

Julie brought her four podencos (Aroa, Olive, Rusty and Raton-the-newbie); they were running and jumping around the 18,500 square-foot off-leash dog park — as we conversed about the “bully cats.” 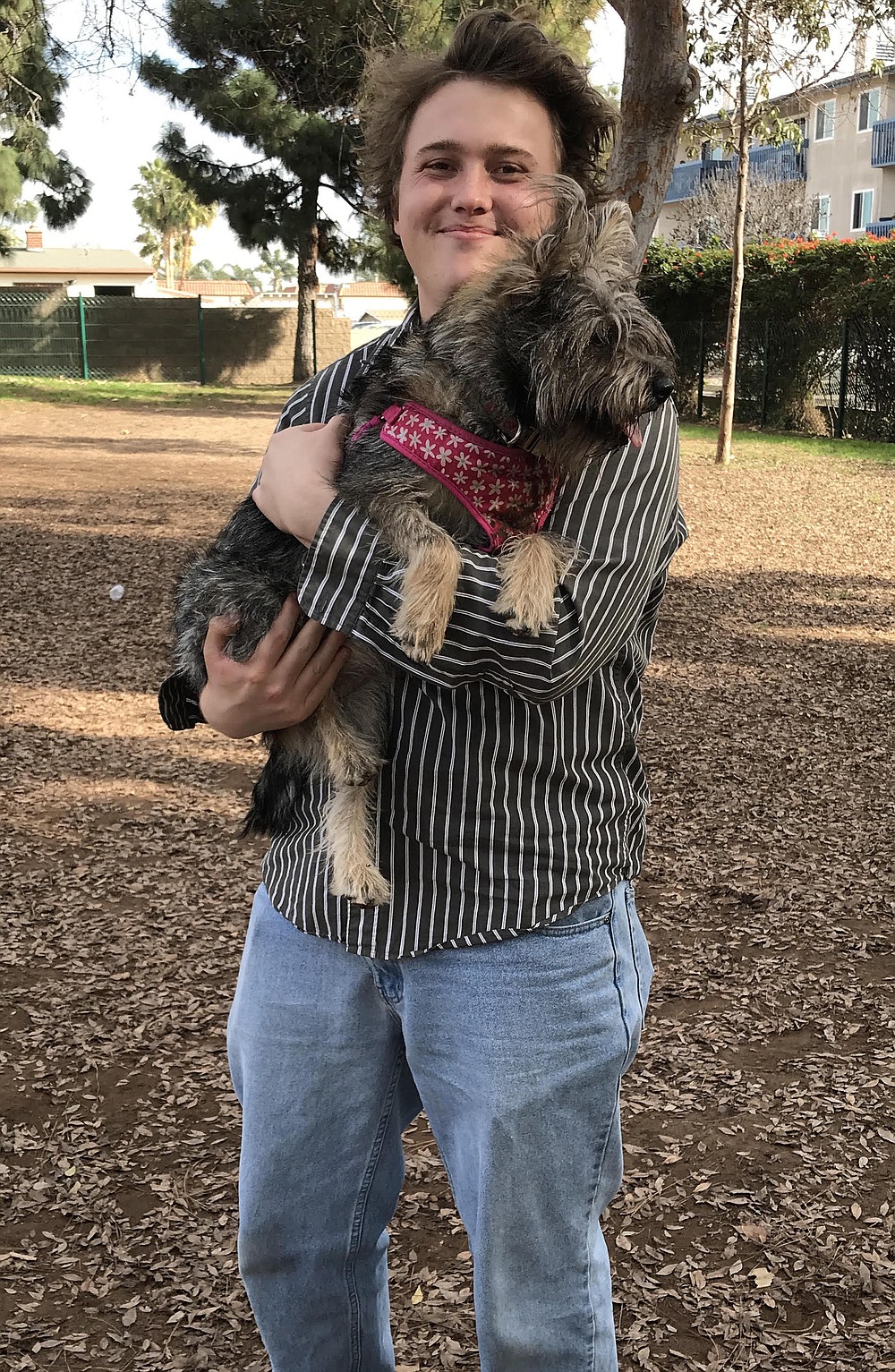 “Two months ago, three of my dogs were also attacked close to this park,” Julie said. “I had them on a leash and all of a sudden they blow up because there’s a cat and this cat arches up, launches at us, and slices the bejesus out of her (Olive), and I’m yelling hysterically. And then the cat comes around for round two but this time, my dogs got it, and I pulled up on the dogs and the cat scooted out. [Olive] had tears of blood going down her face.”

Talia brought Ruger, a Bluenose pitbull; she saw the Facebook photos of the scratched-pitbull.

“I think it’s weird,” she said. “I would have grabbed the cat, try to trap it and call the shelter for them.” 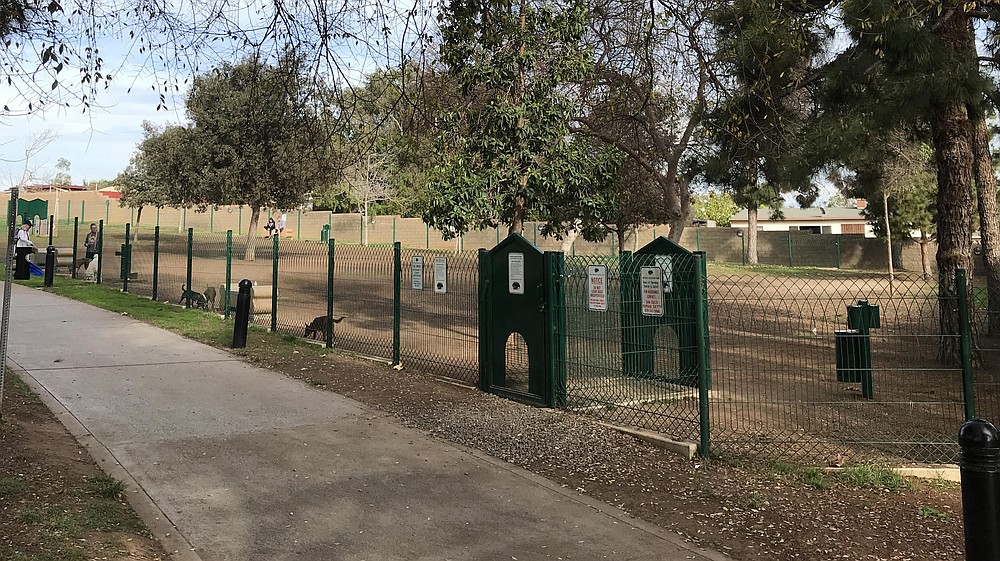 Julie suggested to contact the Coronado Cares animal-care organization, because they are an “advocate for feral cats through the Trap-Neuter-Return Program.”

“A feral cat is a cat that is not used to human touch,” states the animal-care organization.

“There’s a ton of ferals cats by 13th and Grove and Iris,” Julie said. “When I just had two of my dogs with me, this cat followed us down the block on Iris by 13th, and Rusty got scratched in the nose …. that’s twice these cats have attacked us.”

Ruth is a 21-year-old City College student; he brought Daisy his “mutt-terrier.”

“There’s some animal warfare going on here,” he said, “there’s videos on the Ring app from my neighborhood (by Grove and 12th).”

Underneath the original Facebook post that we conversed about, there were three additional Imperial Beach residents that reported of their doggies being attacked by the neighborhood kitties.

Julie says that “ironically” her podencos were originally bred as hunting dogs in Spain — and are “really friendly and cuddly.

“When hunting season (three months out of the year) is over in Spain,” she said, “a bunch of podencos are abandoned or killed and it’s really sad.”

Julie re-homed two of her podencos with assistance from Galgo Podenco Support, up in Oceanside.