My kids liked Rosenkavalier at the Met 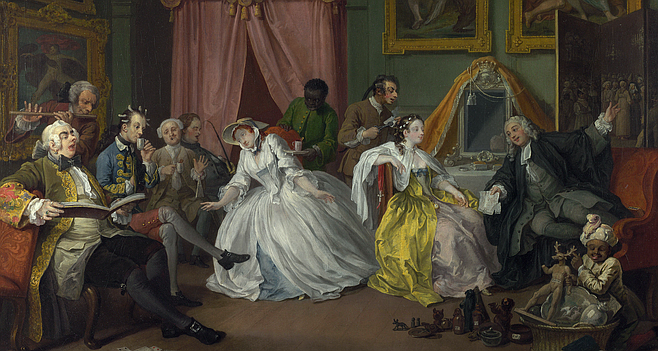 As a member of the San Diego Opera Chorus, I don’t often have a chance to review an opera but I’ve got one now. I went to see Der Rosenkavalier, by Richard Strauss, at The Metropolitan Opera on Friday, December 20. Rosenkavalier is a consensus top 10 opera. You’d be hard pressed to find anyone claiming Rosenkavalier to be unworthy of veneration.

This Rosenkavalier was something other than opera. It was not not opera but it lacked operatic qualities. It was opera-ish.

Presentation of the Rose

The production moved the setting from the 18th Century to Vienna of 1911, the year of the opera’s premiere. This is a common move for an opera production to make. It works to a greater or lesser degree with most operas but Rosenkavalier isn’t an opera which does well with a change of setting.

This change of setting destroys the opera which Strauss and his librettist, Hugo von Hoffmansthal, created. The entire thing stops making sense. At the same time, it remains an opera and operas always require a suspension of disbelief. A change of setting requires us to double down on that suspension. The interaction of the characters is based on the 18th Century not the 20th Century and they still fall in love at first glance. Double disbelief.

Now for the singing. The cast was full of modern singers which means the voices were pretty and boring. It meant the singers disappeared when the music required them to use their middle and lower voice. It was the quality of the singing which made this production something other than opera.

There were no exciting vocal moments in the entire evening. The Presentation of the Rose scene at the top of the second act was stunning because the music lined up with the strengths of the singers. It was an exquisite moment of music but it was the only such moment in an evening which stretched to four and a half hours, including intermissions.

The famous finale trio of the third act turned into a duet as Octavian could not be heard at all. The singer was emoting well but ultimately she was on stage “chewing air”—when the mouth is moving but nothing can be heard.

I did enjoy the evening as did, believe it or not, my 15-year-old and 12-year-old children. Rosenkavalier contains some of the most moving music ever composed for the opera stage but it requires singers who have developed voices which allows them to express their characters.

The characters were expressed physically but rolling around on the ground in an awkward approximation of ecstasy isn’t great theater. Well, it kind of is great theater but not in the way it was intended to be.