A lesson in Latin history by John Leguizamo 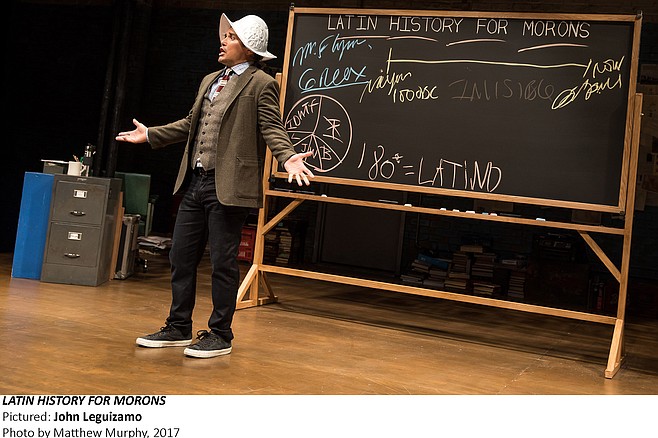 John Leguizamo is having a moment. His one-man show Latin History for Morons, which relates his effort to instill a sense of Latin pride in his middle-school-aged son, played San Diego over three years ago. Then it opened on Broadway. Then it became a Netflix special. But instead of getting frozen on film, the live show is coming back to town: December 8 at the Civic Theater. And he just signed a deal with Macmillan to produce a young-adult graphic novel version, a format that allows him to “add a lot more history about what was great about our empires. I’m not constricted by people’s attention spans.”

The attention-friendly show itself “is different from all my other shows,” he says (the list includes Mambo Mouth, Spic-o-Rama, Freak, Sexaholix, and Ghetto Klown). “I’m at the top of my game right now. I leave everything on the stage like I’ve never done before. People feel a need to see it live because they know it’s like a religious experience.” Or at least therapeutic. “Therapy saved my life; I love therapy. And I feel like one-man shows, especially mine, are the rawest that a performer can ever be with an audience. It’s my thoughts, my opinions, and my demons, right there.”

Throughout, he tells stories in which he escalates confrontations by pounding his chest and aggressively asking, “You know me? You know me?” The unspoken answer to that combination of challenge and plea: how can you, when you know nothing of Latin history between the Mayans and Pitbull? When even Latins know nothing, thanks to historical erasure? 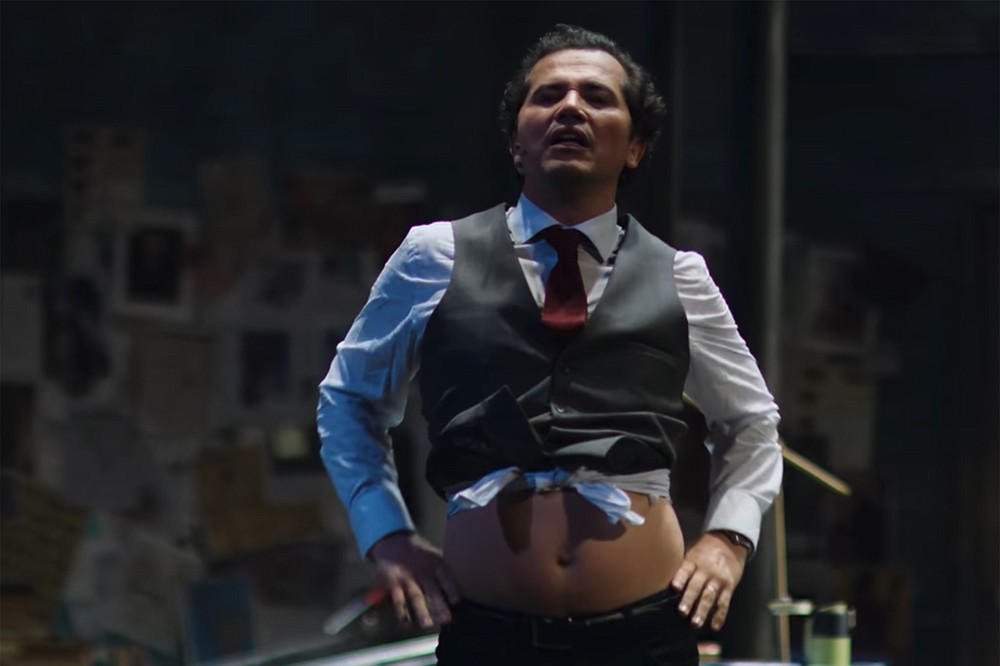 Leguizamo as Moctezuma II in his Netflix special.

At one point, Leguizamo relates a meeting with his therapist, who accuses him of using humor to deflect from core issues. The show seems to function in converse fashion in its use of humor — highbrow, lowbrow, and occasionally no-brow — to help sell the core issues. (Moctezuma II gets played as…flamboyant, a missionary priest can’t help but mention altar boys, etc.) “Rehashing all this history — of our empires, the biggest empires in the world, being destroyed — produces a sort of historical PTSD in you. You go through the stages of grief, and I feel like the audience goes through them, too. They’re in denial, they’re bargaining with themselves, they’re angered and then depressed, and at the end, they leave with acceptance. I went through all that when I was doing the research.”

He started the project after finding his son playing a video game in which he was shooting at Native Americans and calling them savages. “That was a little bit shocking. I was like, ‘Dude, do you understand who you are?’ But if your classmates are saying negative things, you can’t help but absorb it and want to be like them. You don’t want to be other.” Talking of which: “I told my son that if he was uncomfortable with the show, I would abort it and do something else, but he understood that it was a 55-year-old playing a 12-year-old as I remembered him to be.” You know me?

Don't miss this! John is a Dynamo!