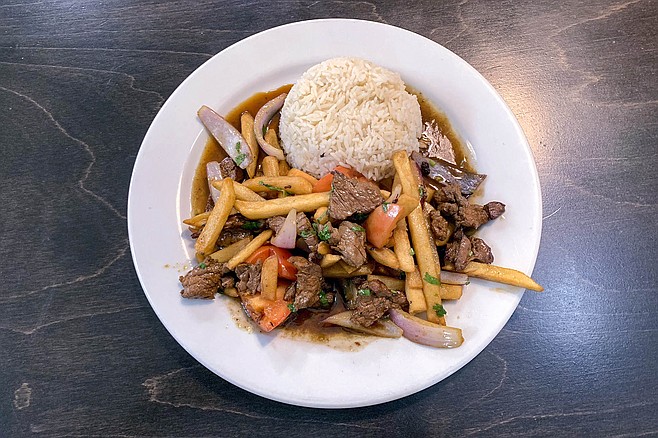 A Pacific Beach restaurant called Latin Chef closed earlier this year, following a good thirteen in business. I never visited the Peruvian and Brazilian eatery, but it sounds like I missed out — it was mostly spoken of fondly, and closed not due to disinterest so much as it was allegedly forced out by a new landlord.

Make that, I almost missed out. Fortunately, at least one of the chefs responsible for its success wasn’t done bringing authentic Peruvian meals to San Diego. By the spring, chef and Latin Chef alum Tony Kanashiro was already back and cooking up many of the same dishes in a corner suite off the main hall of Liberty Public Market, with a restaurant counter named The Latin Chef. 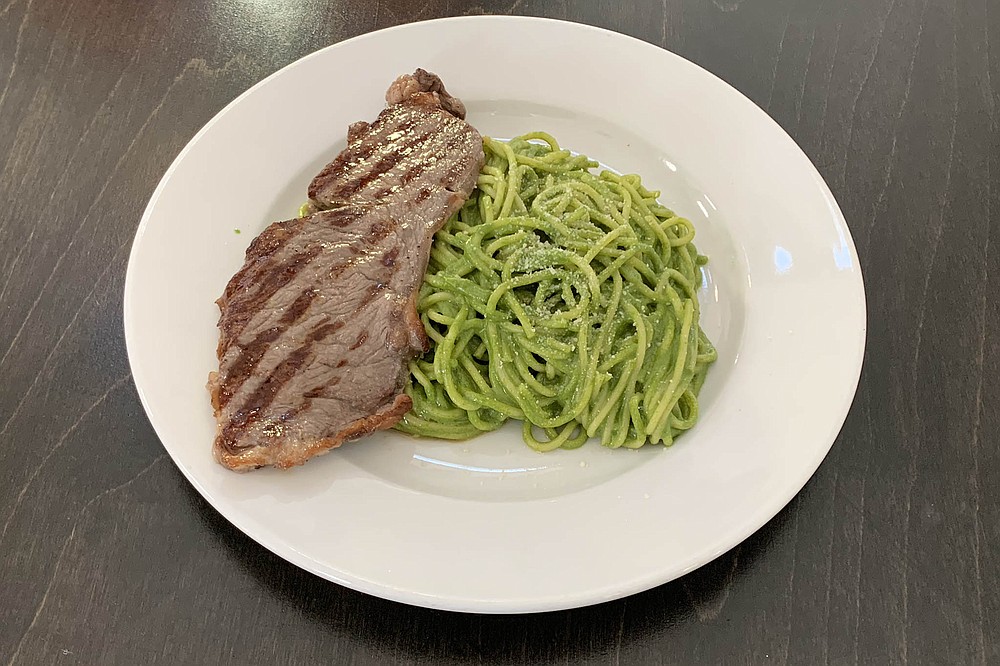 Fans of the previous venture have undoubtedly followed this food here, so long they know where to find it. The Latin Chef sits off the southwest corner of the public market proper, in a sequestered suite it shares with (as of last week) a bubble waffle cone ice cream counter. I wouldn’t call it hard to find, except there’s always lots of turnover in the public market, so the landmarks keep changing. You’ll know you’re close when you see the Le Parfait Paris bakery counter. For those of us new to Kanashiro’s cooking, consider it worth seeking out. At least, I can vouch for the beef. 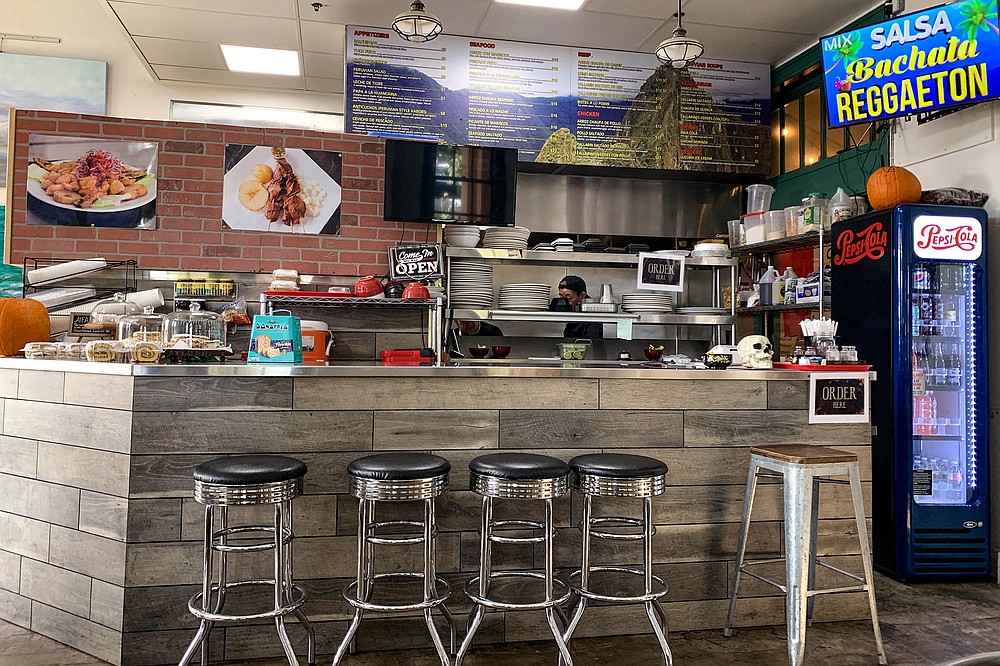 Like most of the market, this space is ultra casual with community seating, but because The Latin Chef is removed from the main hall, this stall feels closer to an enclosed restaurant, with plates delivered to you after you’ve ordered at the counter and taken a seat. Sitting on a bar stool at the counter, you can just catch a glimpse of the chef at work over a flaming grilltops in a partially open kitchen. 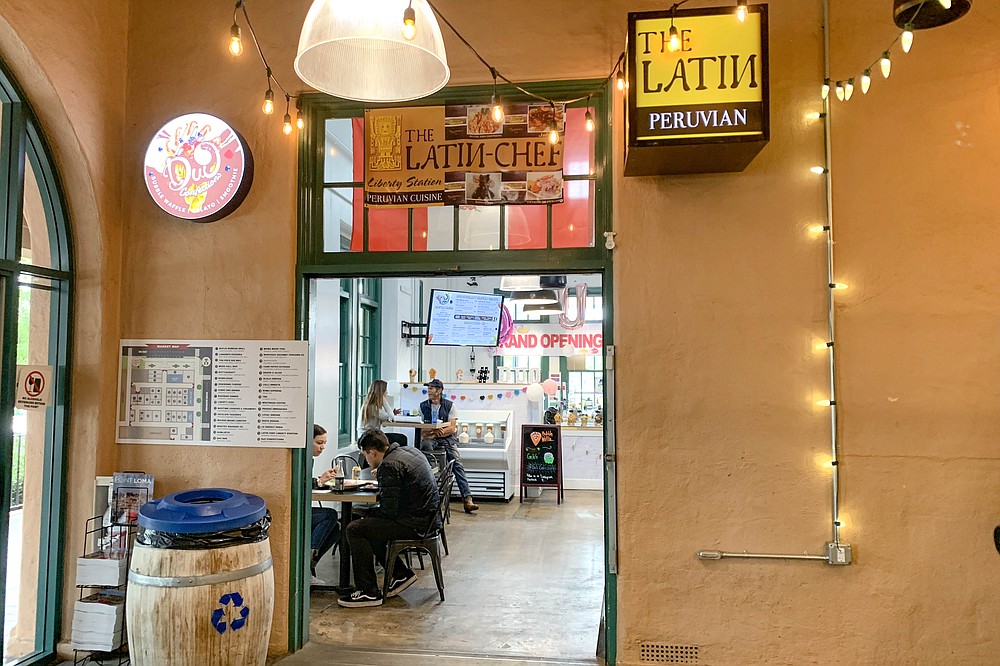 In a room at the back of the Liberty Public Market

The sight makes me go off script, and rather than try the signature Peruvian dish, lomo saltado, I opt for the tallarin verdes con bistek, a top sirloin steak with pesto pasta. And when the 15 dollar dish comes out, it’s just that simple: grill marks on a medium well steak sitting beside a pile of basil green spaghetti noodles, all of it with a light dusting of parmesan. It couldn’t be less complicated, but I’d be lying if I said I wasn’t thoroughly satisfied.

But I would make a return for that lomo saltado. Wheras the pesto reveals the influence of Italian immigration on Peruvian cuisine, lomo saltado takes cues from Chinese stir fry. Strips of beef sautéed in a with onions, tomatoes, and — get this — French fries. It’s served with a scoop of rice, all of the above steeped in a pool of savory soy sauce based pan jus. My plate came with a small squeeze bottle of spicy green chili sauce made with aji Amarillo, a favored chili pepper in Peruvian cooking. Spicier the better for yours truly, but with or without, this was my favorite meal yet within Liberty Public Market.