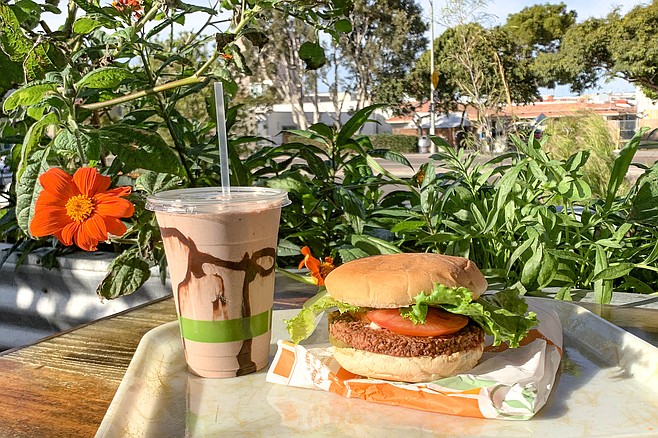 I recently wrote about how a certain global fast food chain has brought meatless versions of its burgers to the San Diego market, but a more exciting development may be the growth of a 100-percent vegan fast food chain that started here in San Diego.

Plant Power Fast Food opened its first restaurant [in Ocean Beach back in 2016]][2], and in the time since has been busy opening new locations, including shops in Redlands and Long Beach, and launching a food truck in Los Angeles. In the next year and a half, it plans to open four new locations, including two more spots in the Inland Empire and one in Orange County. All of them behind a promise to serve zero meat or animal byproduct, artificial ingredients, or genetically modified organisms. San Diego will get a new location (yet to be announced) to go with the flagship in OB, one located on the SDSU campus, and a drive-thru in Encinitas. 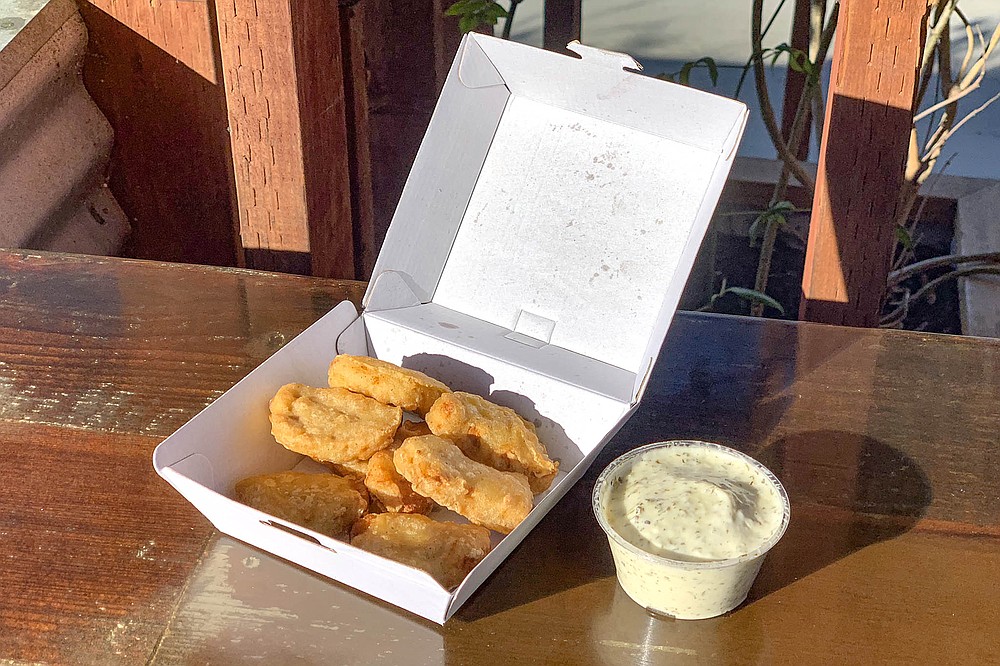 Faux chicken nuggets — no less inscrutable than the real thing

Dropping by the Encinitas location to get a look at what the plant-based “future of fast food” looks like, I found a mostly outdoor restaurant doing brisk business on a Sunday afternoon. I’m not sure what I expected of its clientele — maybe that it would mainly be patchouli scented young adults wearing hemp hoodies over Meat is Murder t-shirts — but the customers sitting round me were as diverse in age as they were style and background. I spotted pale teens in goth attire, a well-tanned middle-aged couple with tucked in polo shirts, and a family of four dipping a shared order of French fries in their milkshake.

Personally, I need no more evidence that veganism has gone mainstream. Also, if you’ve never dipped fries in a milkshake, you’re missing out. 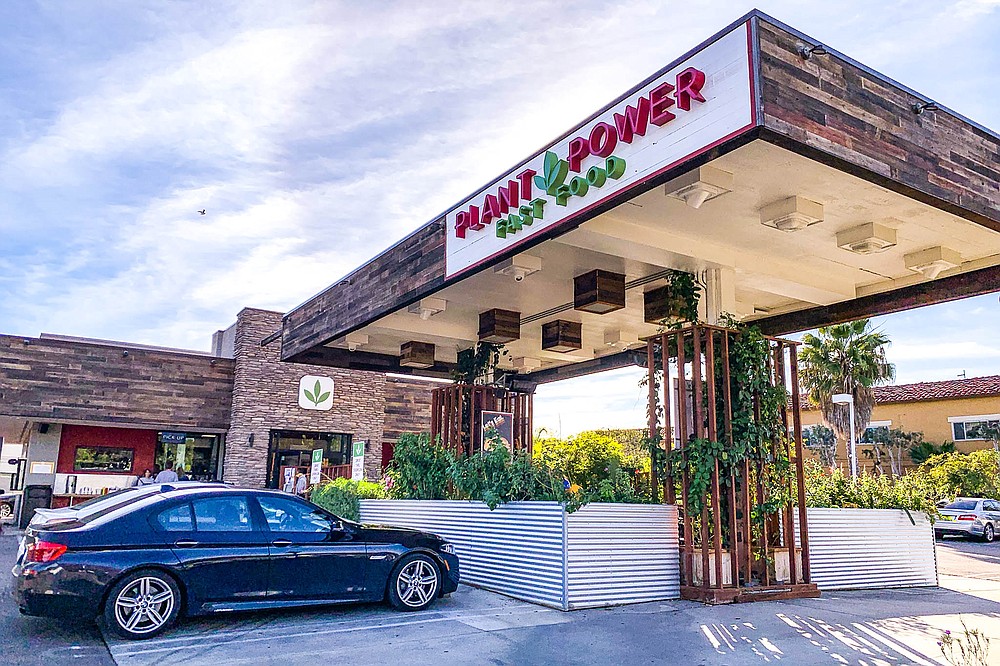 A vegan drive-thru in Encinitas

As the building’s framework suggests, there used to be a gas station here, but now instead of a covered bank of pumping stations out front, there’s a covered dining patio surrounded by a garden stocked with plants, herbs, and flowers (there’s no interior dining room). Meanwhile, rather than the molded plastic furniture and fixtures we’ve come to expect from fast-food operations, here everything’s mainly wood, metal, and stone. It certainly looks better than conventional burger chains.

The menu loosely parallels standard fast-food fare, in terms of burgers ($7-10), fried “chicken”, and fried “fish” sandwiches ($9). That said, its salads go above and beyond the fast food norm, and you may order cold pressed juice in addition to dairy-free milkshakes (made from soy-based soft serve and oat milk). I will say, what goes into the “chicken” nuggets ($5) is every bit as texturally ambiguous as the real thing; they can be skipped.

However, while these burgers don’t feature any of the lab-created beef imitators generating headlines of late, the old school veggie patties benefit from higher quality toppings and buns. You’d have to be an avowed vegan or vegetarian to prefer Plant Power’s default soy-based burger, or its black bean alternative, over beef or new-fangled faux-beef. But until the likes of Burger King improves its lettuce, tomato, and sesame seed bun game, I doubt the near future offers vegan fast-food options any healthier than Plant Power.

One of the things I missed most since turning vegetarian (haven't given up on cheese yet), was a proper ranch-slathered buffalo chicken sammy. Their Buffalo '66 is the glorious answer. Thank you, Plant Power.

Where are the plant-based hot dogs (on a stick or in a bun with chili and onions)?