Tales of a dead fixer and Gina Champion-Cain 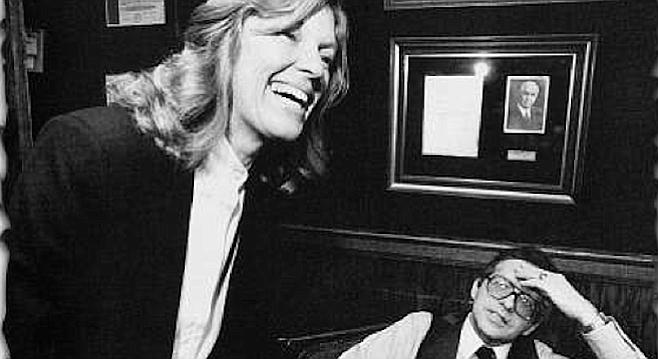 Political fate and coincidence sometimes meet in mysterious ways, as witnessed in the uncanny timing of the July 24 death of George Mitrovich at 84, followed soon after by the troubles of Gina Champion-Cain. 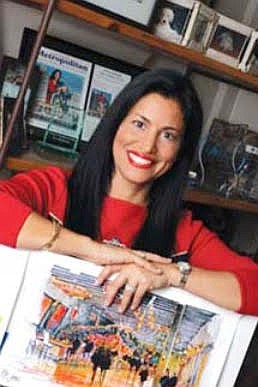 Like Mitrovich a master of money, connections, and influential charity, Champion-Cain is now enmeshed in charges of massive investment fraud, as was Mitrovich and his patron J. David Dominelli back in the early 1980s.

"Since 2012, Defendant Gina Champion-Cain and Defendant ANI Development, the entity she controls, have raised over $300 million, including over $100 million in the past year, from approximately 50 investors nationwide," says a complaint by the Securities and Exchange Commission lodged in federal court August 28. 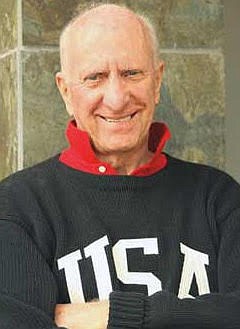 "When raising those investor funds, defendants claimed to be offering investors an opportunity to make short-term, high-interest loans to parties seeking to acquire California alcohol licenses. In truth, that investment opportunity was a sham."

The government has yet to reveal investor names, though the complaint says of one of them "he has personally invested approximately $250 million in ANI Development's liquor license loan funding program, which includes rollovers of principal and interest due him from the alleged liquor license loans financed by his investment." 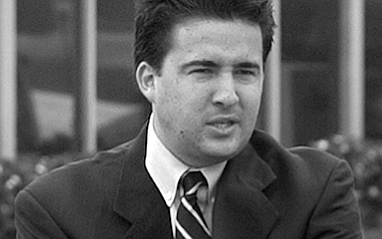 "Another several million dollars" was put into the scheme by "a group of at least ten investors affiliated with a second individual," the complaint adds.

To San Diego old-timers, the similarities between the alleged doings of Champion-Cain and Mitrovich, Dominelli, and his girlfriend, onetime Del Mar mayor Nancy Hoover, are striking.

"Hoover was tanned, fit, and hyper-ebullient," wrote Don Bauder in November 2009. "With the help of George Mitrovich, J. David money was spread around the community (such as to the symphony), as Dominelli and Hoover went on a spending spree with investor funds. 'The two of them were in la-la land,' says Gay Hugo-Martinez, who prosecuted Hoover."

With Mitrovich as J. David's community relations director, a big chunk of the tainted cash was secretly used to bankroll the 1982 mayoral bid of Roger Hedgecock, who was forced to resign as San Diego mayor in December 1985 after copping a plea to money laundering charges.

Mitrovich denied knowing anything about the $200 million Ponzi scheme that sent Dominelli and Hoover packing off to federal prison and was never charged in the case.

Mirroring Mitrovich and Hoover, the charismatic Champion-Cain, 57, is a master of political giving, contributing $50,030 to San Diego city campaigns since 2010, per numbers posted by the city clerk's office.

Champion-Cain's most sizable donation was $25,000 on December 6, 2017, to Friends of SDSU, a political committee backing the November 2018 ballot measure to turn the city-owned Qualcomm Stadium site over to San Diego State University.

In addition, her company American National Investments, also a defendant in the SEC case, came up with $2500 for the SDSU effort on August 7 of last year.

In August 2013 she contributed $250 to an effort to recall scandal-enveloped Democratic mayor Bob Filner before he resigned.

On January 23 of this year, Champion-Cain gave Assembly Democrat Todd Gloria's 2020 mayoral bid $2100 and donated $200 for his cause on June 21. Council Democrat Chris Ward, running for state Assembly, got $1000 from Champion-Cain on June 20, records show.

Champion-Cain's name showed up on the calendar of city council Democrat Ralph Inzunza for a March 3, 2003, 90-minute lunch at downtown's tony Dobson's restaurant near city hall. Inzunza's contacts with lobbyists from the Cheetahs strip club led to a federal conviction and a stretch in prison for him in 2013.

Follow the money and you will find who owns and operates the politician. All money sources for campaigns and lobbying should have to be disclosed. There should be no such thing as "dark money". The corrupt Supreme Court Justices that ruled that money was speech are guilty of treason and should be removed from office. They were and are nothing more that shills for corporations and the wealthy.

"Dark money" should have to be disclosed, but it's allowed to be hidden because of loopholes in disclosure laws. Crack down on all white collar crimes, especially fraud. No more country club prisons.

Champion-Cane has been described elsewhere as well-known around town. That shows how out-of-touch I am with the locals who move and shake, especially outside No County. I knew nothing about her, or her businesses or her "investment" firm, and had not heard her name before. A new Nancy Hoover? Maybe, but she at least had her boyfriend to blame for actually stealing the funds. But then I'd forgotten, if I'd ever known, about Mitrovich being involved in the J David fraud and scandals. These interlocking webs of deceit can get to be too much to remember, let alone bear.

Two restaurants(Brooklyn Girl etc.) have closed in Mission Hills on Goldfinch St and two realtors on Washington St have shut their doors ,yet, the Patio Market owned by Cain remains open?

Scam Diego, the gift that keeps on giving (or taking). Why does it take a generation for people to forget that "if it's too good to be true, it probably isn't." 25% annual return? Anyone that believed that deserved to lose their investment. The fun part of this story is who the big whale was? A single investor putting more than $100 million in her?

Gosh, if you live here long enough, you find out stuff you shoulda known before. George Mitrovich was the community relations director for mega-scamsters J.David Dominelli and Nancy Hoover but claimed never to have known about the pair's $200 million Ponzi operation and was never charged? That's amazing. Was that before or after he became some kind of ordained minister and treacly righteous pontificator, name-dropper and any-Kennedy-acolyte who never turned away from joining the charmed circle of a newbie Mover and Shaker? RIP, George, we hardly knew thee.

My, so eloquently put, monaghan. There have been many other episodes locally that were as bizarre as the J David scam, where obvious miscreants escaped any sort of comeuppance. I love the way you described Mitrovich. Wow! Have you considered becoming a regular writer for the Reader? Oh, and the foregoing comments are totally sincere.