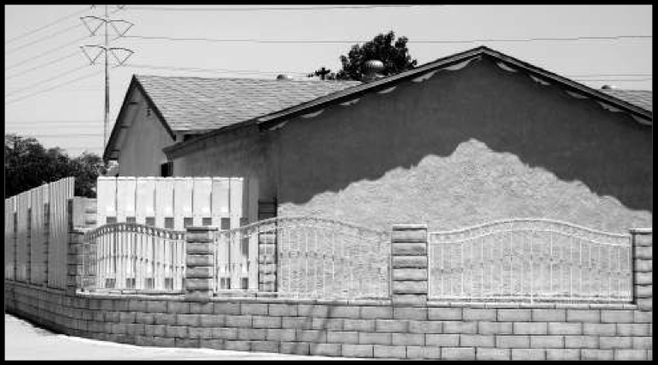 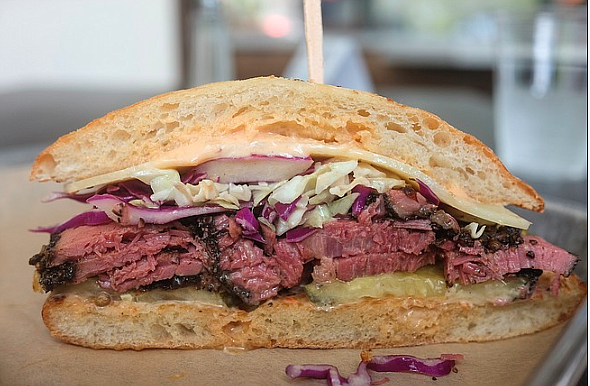 A Reuben-like sandwich with a house pastrami of hickory-smoked brisket, served on a ciabatta 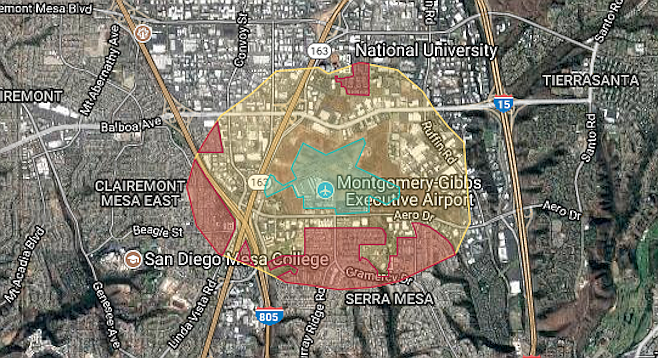 A 2014 lawsuit won by Oakland's Center for Environmental Health seems not to have affected operations at Montgomery Field. 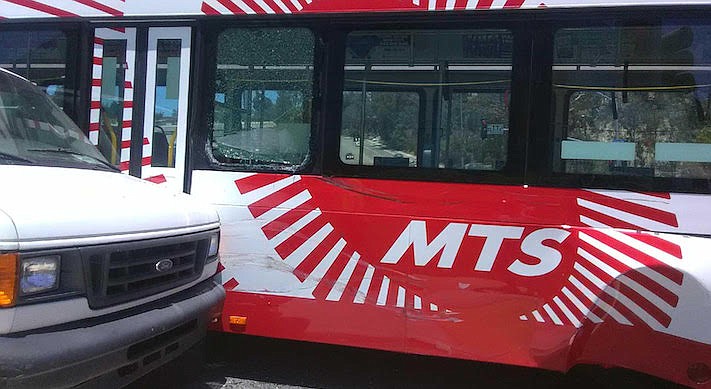