Feasts on a bun at Daddy’s Hot Dogs 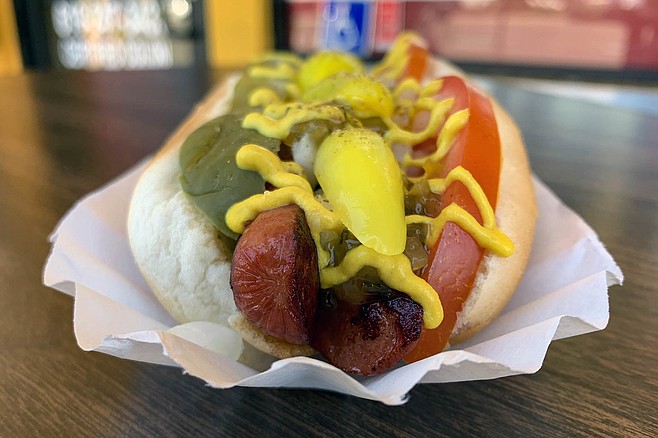 Through a sidewalk counter window in the middle of a lively block on University Avenue, I meet Hillcrest’s resident hot dog maven. His name is William Schroeder, but with a streetwise New York accent, he introduces himself as Daddy. Which makes enough sense considering I’m standing outside [Daddy’s Hot Dogs], his hole-in-the-wall kitchen exclusively dedicated to frankfurters on buns.

There are nothing but hot dogs on the menu, from lunchtime through dinner, and on weekends till midnight. But there’s a surprising artistry to the classic fare. While the beef dogs I try are cooked the same — split down the center and grilled on a flattop griddle — each has been specifically composed on its bun with a particular set of toppings. As a notice at the bottom of the menu declares, “changes and modifications politely declined.”

At $5, the Chicago dog is a no brainer, made to Windy City tradition with a pickle spear, sliced tomatoes, sport peppers, mustard (no ketchup!), and celery salt. It’s a hot dog style I’ve encountered dozens of times, but never fully appreciated till now. Past tomatoes have been too watery, past pickles to dilly, past dogs too tangy. Daddy’s left none of these to chance, sourcing each item to taste, even though it would be cheaper and less time-consuming for him to get everything from a single vendor. 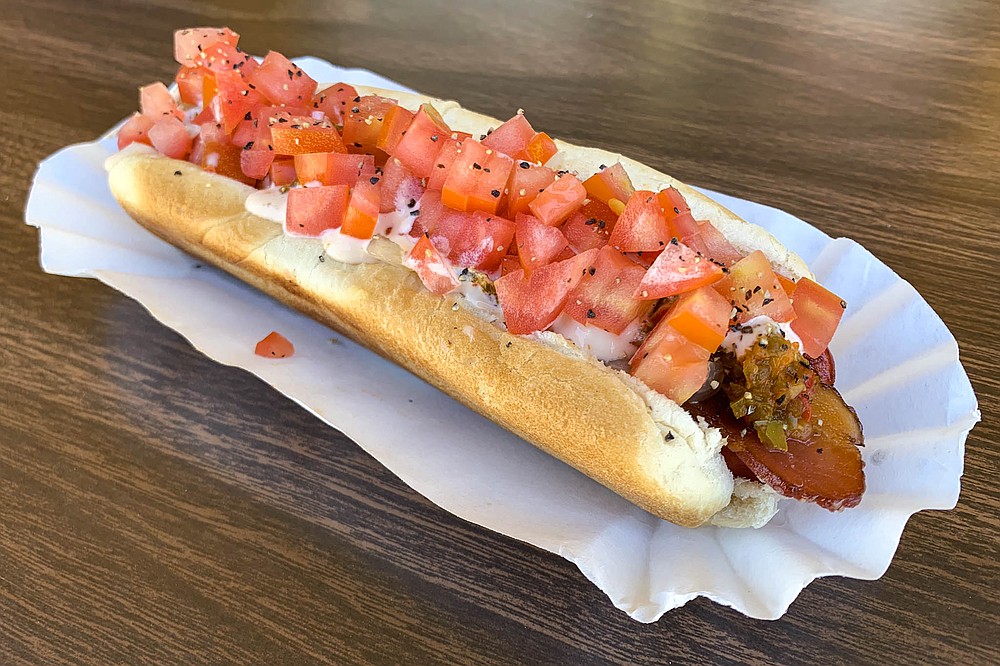 Specialty dog The 'O'. with jalapeño relish, Russian dressing, diced tomatoes, and a strip of bacon

He won’t tell me where he gets his dogs, and I get it. There might be an art to cooking great hot dogs, but it’s not rocket science, so there’s no point in giving up trade secrets to merely the latest in a parade of food writers who’ve sauntered up to his window. Suffice to say the all-beef dogs taste like the ballpark franks of America’s collective imagination, without veering into bologna territory the way cheap, overly nitrite-laden dogs do. I want to try everything on the menu. 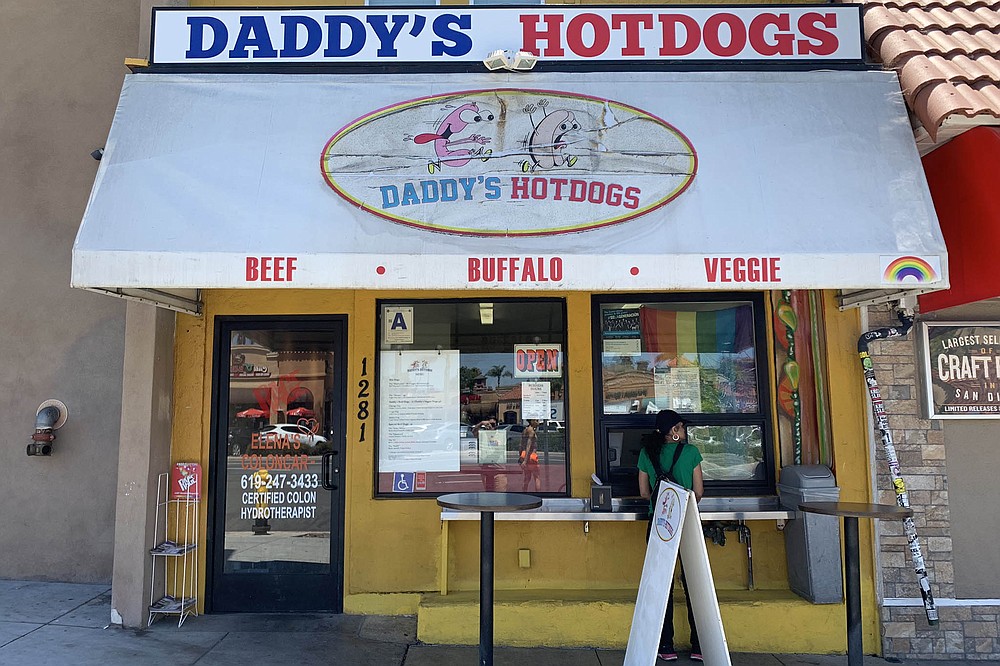 Beside an active Hillcrest sidewalk, the best little hot dog stand in Uptown

The menu gets Hillcrest-friendly beyond that, with $6 specialty dogs including The Gamecock (featuring chili and coleslaw) and The BeaST (bacon, spinach, and tomato). Most popular on Daddy’s menu is The ‘O’, which combines the house jalapeño relish and Russian dressing with grilled onions, diced tomatoes, and a strip of crispy bacon. It may make a popular tongue-in-cheek post-nightlife order just before midnight Friday and Saturday, but even more than the classic Chicago dog, this will convince you vegetables belong on a hot dog bun.

In nearly eight years holding down this sidewalk location, Daddy recently had to bump up his prices for the first time, and he ditched buffalo dogs because his source couldn’t back its claims they were 100 percent buffalo. Veggie dogs are still available though, if you must. But these beef dogs still make for Hillcrest’s most winning street food, in an ideal location for a guy working alone to make a small, low-cost streetside kitchen work. Thanks Daddy, I’ll be back.