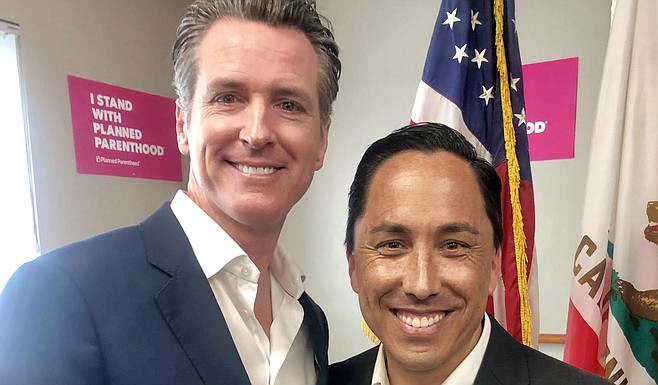 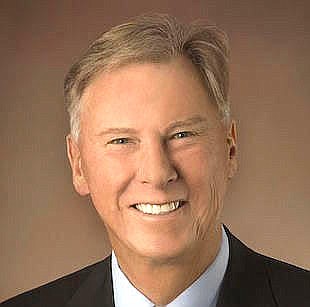 Wayne Donaldson. Newsom wrote to him: "I hope you will...begin to work in collaboration with the leaders of the Plaza de Panama project."

But public records show that the Qualcomm co-founder has long sought to influence by making well-timed donations to office holders of many political stripes.

Atop the list of Jacobs' favorites is fellow Democrat Newsom, who while serving as the state's lieutenant governor in 2012 trashed state Historic Preservation Officer Milford Wayne Donaldson when the latter tried to block a Balboa Park road and parking garage effort being promoted by Jacobs. 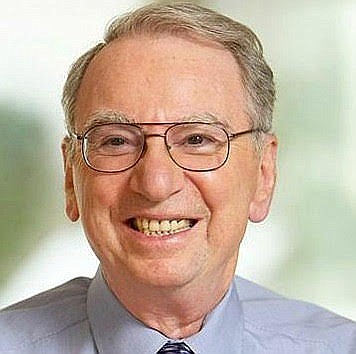 A month to the day after the Newsom note to Donaldson, Jacobs and his wife Joan gave $12,000 to Newsom's 2014 reelection drive.

"After a recent visit to San Diego, I became aware of the proposed Plaza de Panama project," said a February 12, 2012 letter from Newsom to Donaldson made public by a staffer for Republican then-mayor Jerry Sanders.

"This is a project with broad local political, philanthropic and community support so it may be more productive to work in collaboration with the project development team to achieve your goal of preserving this historical open-space. 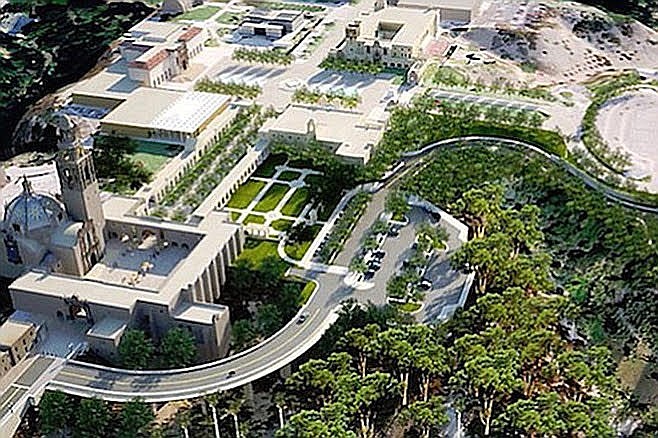 "As the State Historic Preservation Officer, I hope that you will consider these arguments, withdraw your comments, and begin to work in collaboration with the leaders of the Plaza de Panama project," the lieutenant governor added. "Should you need help making contact with the project team I stand ready to assist."

The controversial mega-project, sidetracked by years of criticism and litigation, was subsequently thought dead, until June 30, 2016, when Jacobs and Kevin Faulconer announced at a hastily called news conference that the Republican mayor would revive the plan.

“Hello Dr. Jacobs, As promised, below is the final news release. We sincerely appreciate your ongoing support and look forward to the next steps," said an email from Faulconer aide Matt Awbrey to Jacobs on the day of the event. "We will be in touch."

Records retrieved from the mayor's office under the state's public records act show that Faulconer secretly met with Jacobs on March 17 regarding the Balboa Park project.

Six days after the meeting was finalized, a series of four-figure donations from Qualcomm executives, including $1000 from Jacobs' son Paul, began arriving to fund to the mayor's upcoming June 20, 2016, reelection bid.

The Jacobs park plan died its latest death this February, killed by soaring construction estimates and the professed unwillingness by Jacobs to absorb any significant portion of cost overruns facing taxpayers.

But Jacobs is still in the money-driven political game here and remains friendly with Newsom, to whose 2018 gubernatorial election fund the retired smart phone mogul gave $17,000, state records show.

Having personally provided a total of $592,820 to San Diego city campaigns over the past decade — including $37,500 for a 2013 mayoral election fund backing then-Qualcomm executive Nathan Fletcher — Jacobs came up with $1150 on May 6 for Gloria's mayoral bid.

Money talks ad the voter walks. Follow the money and you will find who owns and operates the politician.

We have 85 year-old Jake still buying favor with politicians from either party. Why, at this point in his life, is he meddling in politics? He and his sons are out of Qualcomm, and must need something to do with all their free time. It is well known that his plan for remodeling Balboa Park can be resurrected, even though there is little support for it locally. But if he wants to leave something behind, he could easily do a J. Paul Getty sort of thing with world-class museums that offer free admission, or something similar.

He's already had the Jacobs family name tacked onto many local institutions and places, not the least of which is the UCSD engineering program. How about going back to doing philanthropic things that make life better here in San Diego? Just keep in mind that was and is Qualcomm that brings in legions of H-1B foreign workers while fully-qualified Americans are un- and under-employed locally. The irony of that occurs when those US citizens are graduates of "his" engineering school at UCSD.

I like the idea of a museum in that he could fund the renovation and restoration of the museums etc. in Balboa Park.

I was surprised and disappointed when Governor Gavin endorsed small-fry Todd Gloria for Mayor of San Diego. I wondered why Newsom would involve himself in San Diego's political morass, but now we know: Jacobs money. Politics is like a drug for the kingmaker as well asthe politicos. It's hard to walk away.