Robert Mitchum: “The only bit she’ll do convincingly is to float in the water with her throat cut.” 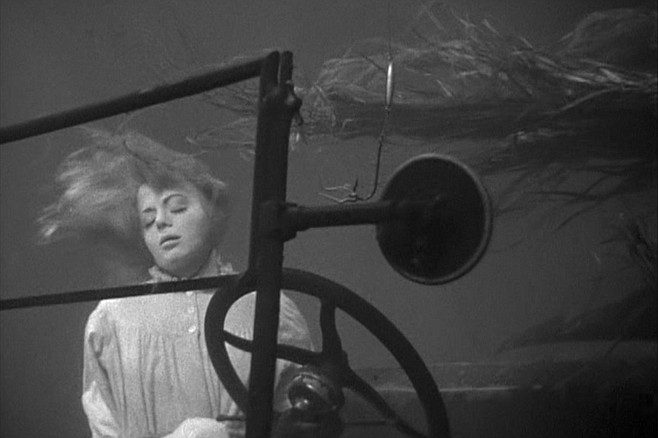 Who said you can’t keep a good gal down? Not Shelley Winters. As sure as bummer follows Winters, we dug up a trio of watery grave ballets: two worth owning, one worth stoning.

A Place in the Sun trailer 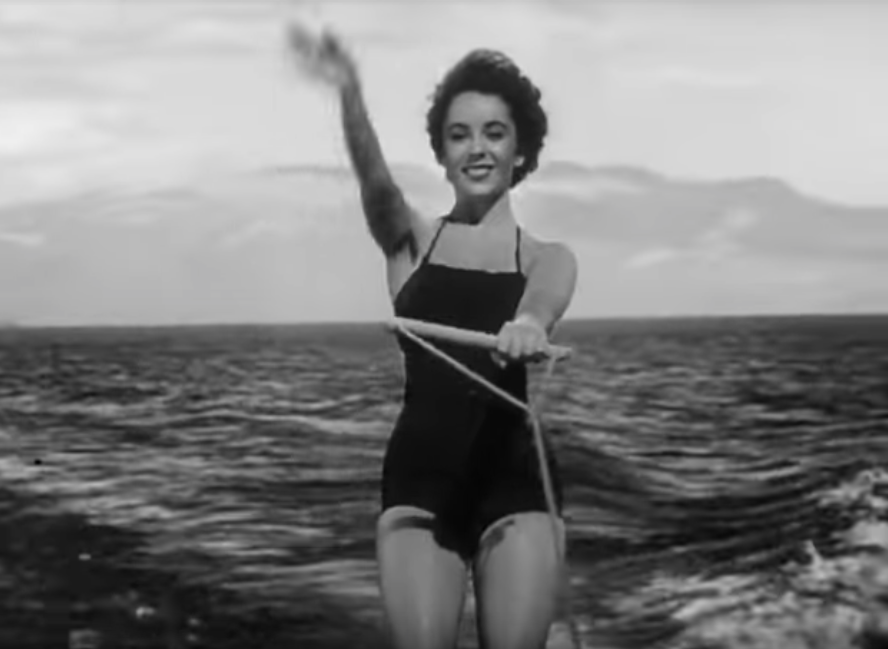 A classic case of “Thou shalt not screw above thy station.” Brooding but achingly beautiful George Eastman (Montgomery Clift) has just recently scrubbed his drifter status by finagling a position with a rich uncle’s manufacturing company. Now, only one thing stands in the way of George romancing society stunner Angela (Elizabeth Taylor): his current squeeze, frumpy swimsuit packager Alice Tripp (Shelley Winters, giving the first of four Oscar-nominated performances), is pregnant with his baby. It’s established early on that Alice can’t swim, so George arranges for a one-way boat ride. The parade of on-screen floozies that Winters was known for made director George Stevens unsure as to whether or not she was right for the part of a sympathy-swaying murder victim. Arriving to the audition plain-clothed and makeup free, she landed the part on the condition that she allow herself to appear that way on film. The slow, silken dissolves that make George and Angela’s kisses sizzle are nowhere to be found when attention turns to Alice. George is tried for her murder by Raymond Burr. Unbeknownst to Burr, this would be an audition or sorts for the huge payday that was to be TV’s Perry Mason.

The Night of the Hunter trailer 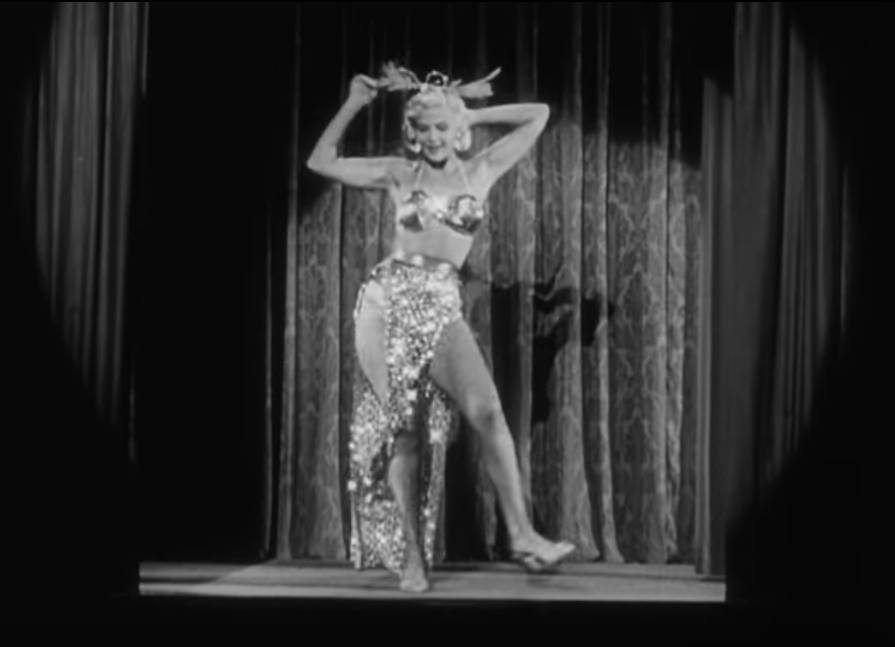 Upon learning that Shelley Winters had been assigned the role of Willa Harper, Robert Mitchum griped to director Charles “One-Hit Wonder” Laughton, “She looks and sounds as much like a wasted West Virginia girl as I do. The only bit she’ll do convincingly is to float in the water with her throat cut.” But Winters considered it “the most thoughtful and reserved performance I ever gave.” Mitchum was wrong and she was right. Her restraint paid off — but it’s not without a tinge of irony that we note the actress’ name didn’t appear on the call sheet the day her most memorable scene was shot. The chilling authenticity of the wax corpse — seated in the passenger seat of a Ford parked at the bottom of the river, its hair eerily flowing in peaceful concert with the seaweed — convinced co-star Don Beddoe that it wasn’t a dummy, but Winters holding her breath. 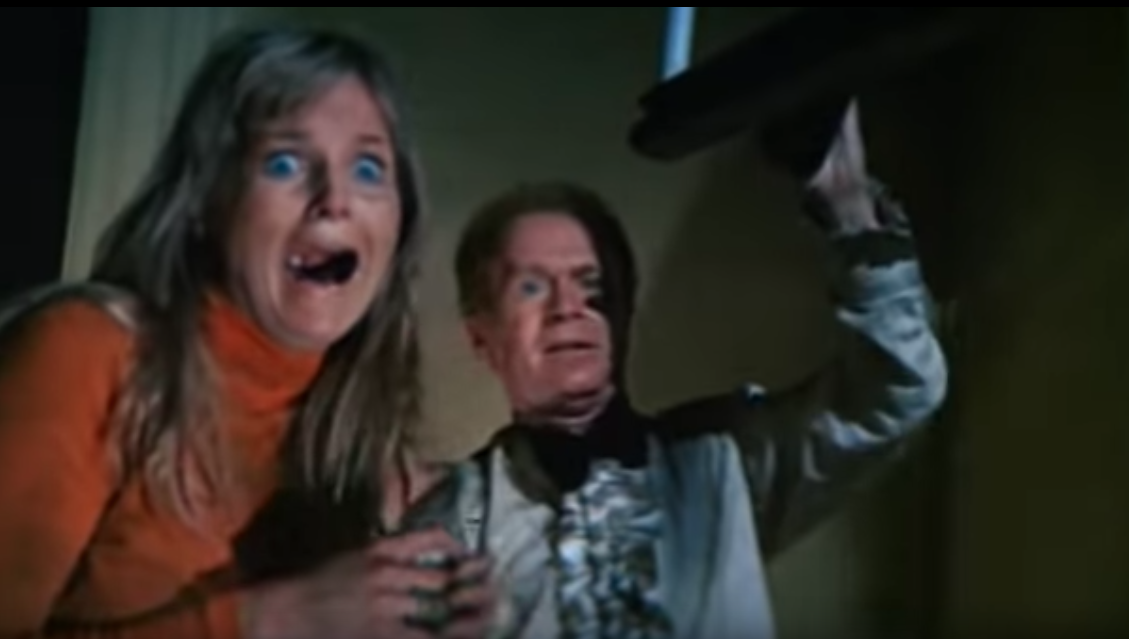 Time to nosedive from the sublime to the ridiculous. Not long before Robert De Niro ate himself out of shape to star as Jake La Motta in Martin Scorsese’s Raging Bull, Shelley Winters gained 35 pounds to play career busybody Belle Rosen for disaster-master Irwin Allen. De Niro received an Oscar. Winters was nominated, but all she took home was a weight problem. De Niro took the pounds right off. Winters spent the rest of her career kvetching to Johnny, Merv, Mike, and anyone else who would listen about never being able to return to her original weight. Her character was a former competitive swimmer, and part of Winters’ creative process entailed training with an Olympic coach. The script called for Winters to sacrifice her life so that her fellow co-stars could live. Gene Hackman argued that his hippie-dippy priest would never have sent a grandmother to do God’s work, and director Ronald Neame agreed. Hackman suggested that Winters rescue his character, a modification the actress voiced objection to. But it was Hackman’s reversal, coupled with Winters performing her own stunts, that earned her a final Oscar nom.

The Poseidon Adventure wasn't a bad piece of lightweight entertainment; you just had to suspend disbelief for a while and go with the flow. What that did to the cruise-ship industry for a time isn't clear, but I'll bet that many folks decided to skip the cruise and stay on shore. It was a true piece of work.

A little Red Buttons goes a long way, but I do enjoy the upside-down bathroom.