The guy who goes there, who asks the difficult, or embarrassing, or even just personal question 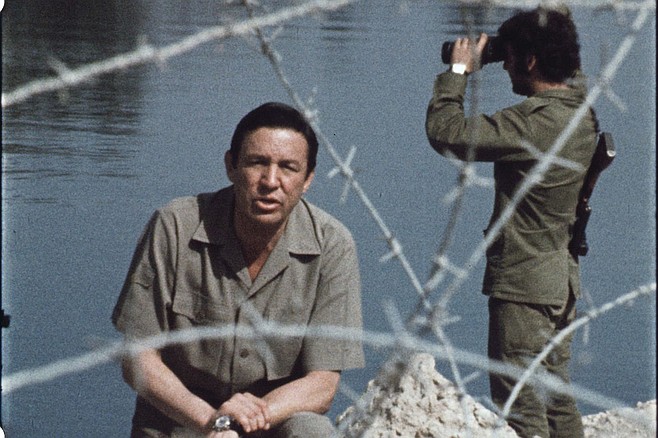 Remember 60 Minutes, America’s first TV news magazine? Remember its tenacious terrier of a host, Mike Wallace, he of the insistent, accusatory question? Yes? No? C’mon, the guy interviewed Putin just a few years ago. You know, Putin? Russia? Election tampering? Okay, how about this: remember Bill O’Reilly, former Fox News superstar, the guy who replaced network news in the hearts of so many people who still got their news from television with his signature brand of bilious bluster — you know, before #MeToo caught up with him? Yes?

Okay, well the documentary Mike Wallace is Here opens with a conversation between O’Reilly and Wallace in which the latter tries to scold the former for what he’s done to the television journalism interview — turning it into theater, into a lecture, into something decidedly other than newsgathering or investigation. But O’Reilly, bless his heart, is utterly unfazed, and after noting that he’s just doing what you have to do in order to get noticed these days, he pulls the classic villain move of pointing out to the hero that “We are not so different, you and I.” He even warns him he’s gonna do it: “I’m going to embarrass you. Playboy magazine said that I am the most feared interviewer...since Mike Wallace.”

And that right there is one half of the point of Avi Belkin’s documentary: the way that a guy who used to do voice work on the Green Hornet radio show and pitch products in television’s early days helped turn TV news into show business. Into something that competed, not with other news programs for stories, but with other television shows for ratings. And he did it, at least in part, by adopting the persona of Mike Wallace: the guy who goes there, who asks the difficult, or embarrassing, or even just personal question. Who makes his subject sweat a little, lose at least an ounce of composure, and maybe even let the TV mask slip enough to give a glimpse of something real.

Which brings us to the documentary’s other, more personal, and maybe more interesting work: illustrating the story of a man through the questions he asked of others. Suffering the loss of a son, then pressing Leona Helmsley on camera about the pain of her own lost child. Suffering devastating depression in the midst of towering success, and interviewing Thomas Pike about his experience of the same thing. Neglecting family for the sake of career and then feigning surprise when Bette Davis tells him that work is the only thing you can really count on for satisfaction. And so on.

There is one spectacular exception to these two themes, and it’s a pity that the movie doesn’t have its own Mike Wallace to ask the original version the uncomfortable questions that arise from it. During the Iranian hostage crisis, Wallace got the extraordinary opportunity to interview the Ayatollah Khomeini. In an act of what might actually be called bravery, he went off-script and asked a question not on the pre-approved list. But what a question: what did Khomeini make of Egyptian President Anwar Sadat calling him a lunatic and a bad Muslim? As the film presents it, that question had consequences, but Wallace is not made to face them here.

Still, it’s a solid piece of cultural investigation built around a man who, as Italian journalist and Wallace interview subject Oriana Fallaci puts it, helped write history while it happened.