A flight of vodka at 619 Spirits 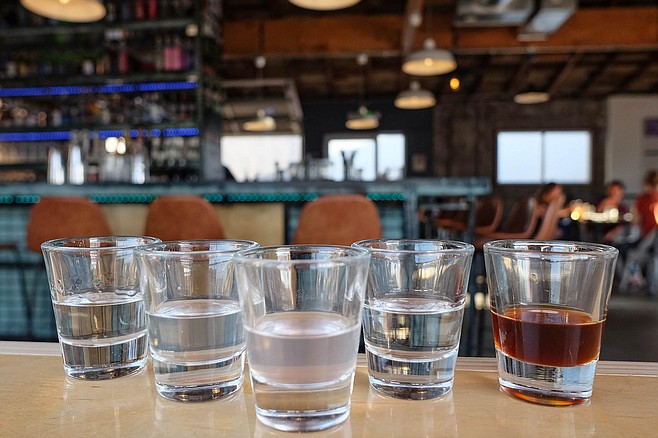 If you walk into 619 Spirits without knowing better, it’s easy to mistake the place with any other North Park bar and restaurant. A kitchen turns out dishes including wings, loaded fries, burgers, and wraps. There’s a central bar serving mixed drinks, a couple TVs likely tuned into sports, a mix of high- and low-top tables where people chat and mingle, and a patio looking out across 30th Street.

It’s when you order a cocktail that you’ll notice the difference. There’s no Stoli’s, no Grey Goose, no Maker’s Mark. The drinks here are made exclusively with San Diego produced craft spirits: Old fashioneds with Henebery Celebrated Whiskey from Vista, French 75 with the winter gin of You & Yours Distilling in East Village. And foremost, the martinis, mules, and bloody marys feature assorted flavors of 619 Vodka, made in house. Not just another bar, 619 Spirits is North Park’s first urban distillery. 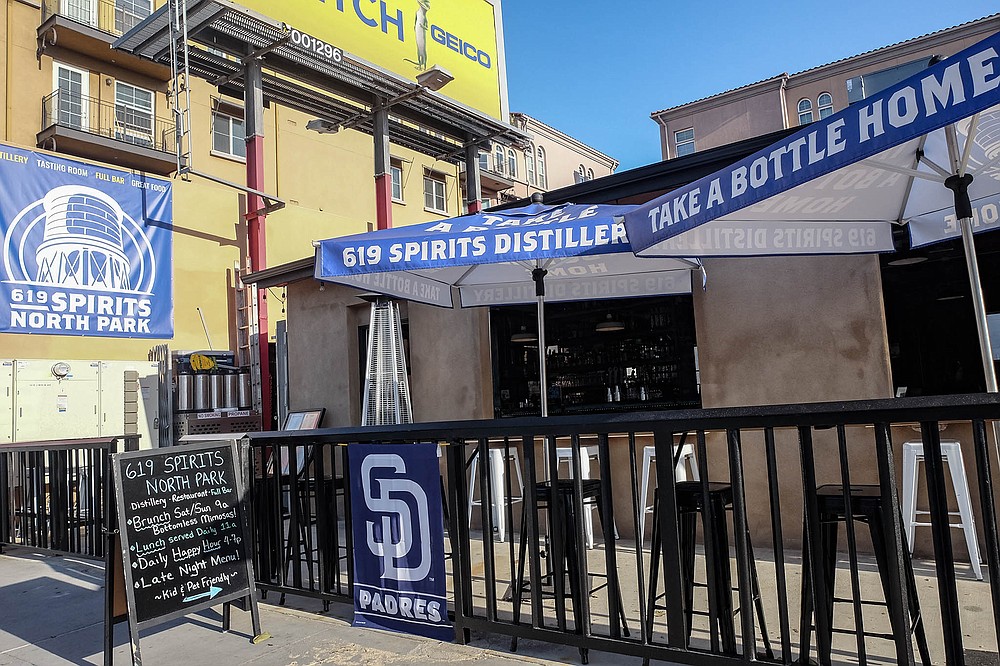 619 Spirits. It’s when you order a cocktail that you’ll notice the difference.

“A lot of people don’t know we’re a distillery,” says 619 founder Nick Apostolopoulos, “so they sit down and try to order a Jack and coke or something.” But the bartenders are ready for this, as it presents an opportunity to educate customers about San Diego’s budding craft spirits industry, which has been busy the past few years producing alternatives to brands such as Jack Daniels. “We tell people that we have local stuff, ask them what they like, and try to steer them in the right direction.”

Cocktails take the lead here: the menu features dozens of classics, plus a growing list of bartender creations, developed around the strengths of respective San Diego spirits. However, to acquaint yourself better with local product, for about 9 to 10 bucks apiece, you may order shot-size servings of no fewer than 15 different homegrown booze brands, including assorted whiskies, gins, rums, and vodkas.

However, to get an idea what Apostolopoulos has been making on site, for $15 there’s a 619 Vodka flight, featuring half ounce tasters of all five of the brand’s vodka infusions. Due to a California law restricting craft spirit service to 1.5 ounces per person per day, this flight would not be possible in most craft booze tasting rooms. However, that’s where the restaurant component comes in. By serving food, the restriction is lifted, making this one of the few places in the county where customers may sit down to compare and contrast a range of local spirit offerings in a single session.

Five small shots of pure vodka would not be enticing: the point of vodka is to have a neutral flavor. However, 619’s infusions echo those offered by large brands, Absolut and Stoli’s, as ideal mixers for specialty cocktails. The key difference is that 619 infusions feature actual fruit, vegetables, and botanicals, rather than extracts.

So the brand’s cucumber and scorpion pepper vodkas, though clear in appearance, are loaded with natural flavors. What I learned from drinking them straight, is that I should have saved the refreshing cucumber vodka to drink after trying the very spicy scorpion pepper! The dark brown coffee vodka was smooth enough to be my favorite, but it was close. The blush colored rose petal vodka brought impressive floral flavor that the bartenders have thought to mix with fernet branca or champagne. Meanwhile, the hazy looking pickle vodka apparently inspires either love or hate among customers — I happened to belong to the half that truly enjoys the salty, pickle juiced infusion, which Apostolopoulos spent two years developing.

Opening an urban distillery and restaurant has slowed Apostolopoulos’s plans for future infusions, but they’ll turn up in time. Meanwhile, it’s given him a de facto focus group to see just how drinkers do respond to flavors, such as pickle vodka, and to hear directly from customers what sort of infusions they’d like to see. Currently, they’re asking for something fruity. So most likely the next infusion up for 619 Spirits will be: watermelon vodka.