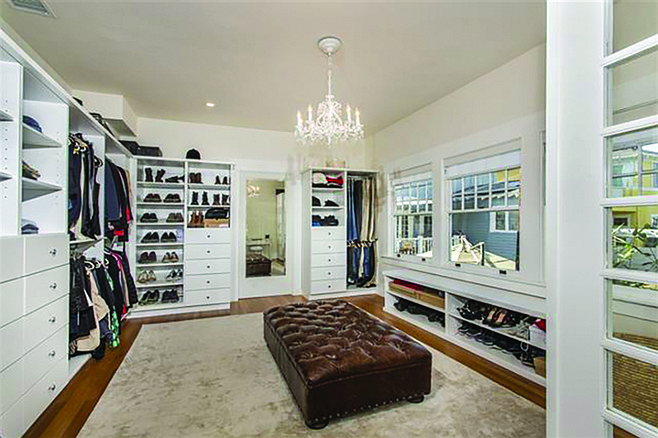 The Spanish white stucco house at 475 A Avenue in the “Crown City” of Coronado may have originally been constructed more than 100 years ago in 1914, but marketing materials promise it was “meticulously restored” just over a year ago in 2017.

The “magnificent” estate home is sited near the northeastern edge of the “island” town (some consider it splitting hairs, but Coronado Island is actually a peninsula), just a few blocks from Coronado Tidelands Park. There are seven bedrooms, six baths, and just shy of 6900 square feet of living area under roof, located on an oversized lot occupying more than a quarter-acre of coveted real estate.

“No detail was overlooked while balancing the history and modernity of this charming property,” listing materials promise.

That caveat aside, there’s a lot more on A Avenue that’s new than old. Exposed-beam ceilings have been retained, but the original wood has received a fresh coat of paint. Lighting and plumbing fixtures have all been updated, but some are recreations of period-correct styling. 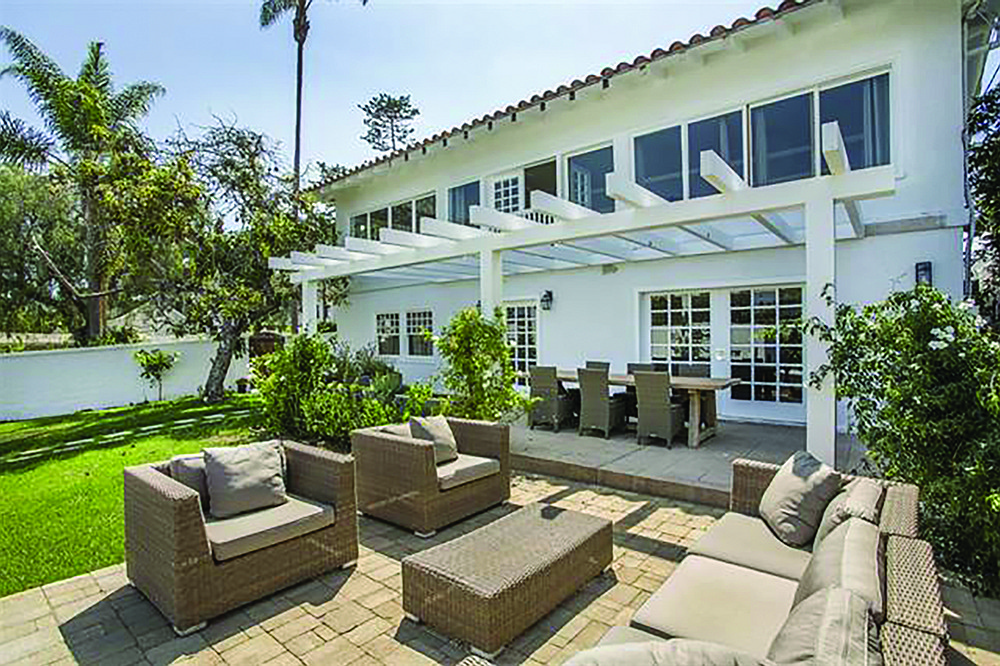 Pinch me darling, it’s a splittable lot in Coronado!

A chef’s kitchen features “top of the line Subzero and Gaggenau appliances,” an oversized center island with cooktop and sink, built-in wine refrigerator, and a walk-in butler’s pantry with its own dishwasher and farmhouse sink. “Marble-clad bathrooms throughout” are all outfitted with new fixtures, while the HVAC system has recently been replaced and new electric water heaters promise “instantly hot showers.”

The master suite’s main bedroom area occupies more than 400 square feet on its own; the private wing also offers an en-suite office, a “collector’s worthy walk-in closet,” and a “relaxing bath with tub and shower enveloped in Carrera marble.”

Outside, the 11,300-square-foot lot offers “al fresco entertaining” options with a two-tiered stone patio and large expanse of neatly-trimmed grass lawn, but the listing notes that the lot could be split to allow developers an opportunity to build another home.

Public records indicate the A Avenue estate was purchased by highly local Coronado restauranteur Tomas Braniff — formerly of the bayfront Candela’s and also Tent City at the Coronado Museum of History and Art — in 2015 for a reported $2.7 million.

With a current tax value of just over $2.85 million, it doesn’t appear the property enjoys historical designation under California’s Mills Act, which allows owners of historic properties to enjoy a considerable savings in property taxes in exchange for pledging to preserve a building’s exterior. The current assessment carries an annual tax bill north of $31,000, adding $2600 every month to any outlays for mortgage payments or fire insurance.

Since the last sale, the property was quickly re-listed for $3.5 million in early 2016, failing to find a buyer. After the remodel was completed, the home was offered for rent in July 2018, though prospective tenants balked at the $31,200 monthly bill.

The home was simultaneously offered for sale beginning in July 2018; at that time it carried an asking price of $5,199,000. Last October the asking price was reduced to $4,900,000. That listing expired in January; in early February, A Avenue went back up for sale, with the price unchanged to date.