The truth about classical music, airport bureaucrats, and Imperial Beach 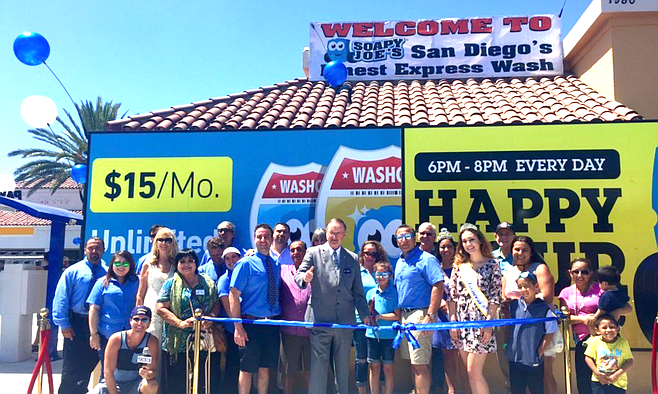 You don’t need a PhD or 160 IQ or a class in music theory to enjoy the many benefits of classical music. My faves are Bach and Vivaldi

Please, let that entire essay be a joke.

FYI, The staff of [San Diego County Regional Airport Authority] were off in honor of Cesar Chavez holiday thus reason nobody answered the phone (“Message at airport on Uber-Lyft staging area a joke?” Neighborhood News, April 1). Please Advise Grant Madden. This frequently happens all over SD County when we have holidays public services one is SOL until the next business day. Chavez holiday was one of those that some agencies honor and some don’t. 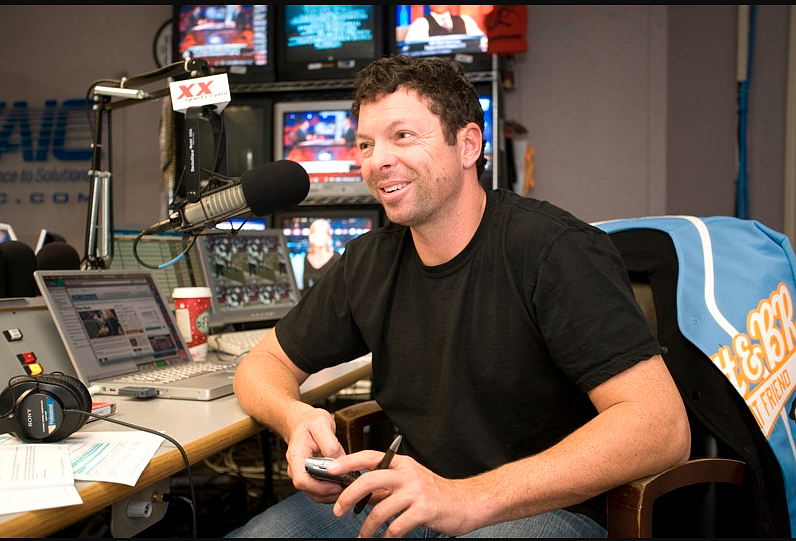 Might Kaplan move to The Fan and replace Tony Gwynn, Jr.?

Recordings of the lost and famous

In the book Border Radio they reference that the airwaves and frequencies were split up by the U.S. and Canada in the 1920s, and Mexico wasn’t invited to the party. As a result the Mexican government retaliated by allowing American advertisers to come south and sell goat milk cancer cures, baby chickens, light up Jesus statues, etc.. The wattage was supposedly so strong it would literally knock birds out of the sky.

In 1980 I had just completed graduate school I drove down to the station, which is still there, and inquired if they had any American records? Yes, they replied, and you can have them, they are no longer played. I went down many times over the next 12 months and cleaned out the library. Thousands of great records, mostly DJ copies, along with reel tapes from Wolfman Jack, from an address on Sunset Boulevard in L.A. Many 16” radio transcriptions including Hank Williams “A new day for Hadacol” etc.

I later tried my luck at XELO in Tijuana but was told by a DJ that the station had burned to the ground in the mid-1950s, which was heart- breaking. Woody and Jack Guthrie had broadcast from there in the 1940s along with their sidekick Lefty Lou.

I know Chris Strachwitz of Arhoolie Records, cleaned out the library at XEG in Monterey. I spoke with “drive-time” DJ Paul Kallinger who ran XERF in Villa Acuna, Mexico. They hadn’t saved anything. Wolfman Jack supposedly patterned his “shtick” on a street preacher in New Orleans. They say the first collectors drove to XERF in the early 1950s, looking for records.

The shacks along the road leading to the transmitter tower had bright shiny roof tile, which turned out to be the aluminum coated transcriptions. The Mexicans had taken them from the station and put them to use. The Carter Family, Cowboy Slim Rinehart, all lost forever.

I still have 98 percent of the records I got back then and also have a lot more stories to tell about the station but space won’t allow it. Thanks for the article!

Thank you for this article!! (“Soapy Joe’s too popular for Oceanside strip mall”, Neighborhood News, April 9 ) In Public Information Records requested by a neighborhood advocate, internal emails in April 2017 and 2018 of Oceanside City employees have already shown the dept. experts in Traffic Engineering, Parking, Business Development and Code Enforcement saying Soapy Joe’s corporate wants increased customer base, regardless of how it affects the neighbors (businesses and residents).And no plans were submitted by SJC!

The city staff wanted to discuss with SJC whether the Greenbrier Square car wash lot was truly adequate or having SJC move to a bigger location. This will be kinder for their customers and the neighbors here. City employees had already cited SJC-Oceanside with actions/violations/removal of non-allowed equipment installations, etc. In July 2018, suddenly city staff were not contacting SJC on the lot adequacy for drying, etc. Instead city staff were suggesting trying to change an immediate neighbor apts. driveway gate – putting residents in worse traffic hazards.

Now SJC has applied for a permit to increase their number of vac spaces and a 3rd entry, and tear down the chainlink fence and driveway gate of the next door apts. parking lot to replace these with a black chainlink gate and a wood/ no driver visibility fence. (Imagine trying to see through a black chainlink gate to watch for cars coming, in the darker early evenings in Nov-Feb).The gate is to be relocated to where the cars of apt. residents, including babies and children, will now be sitting targets of three drive lanes coming at them, including crowding into the smog test customer area. Soapy Joe’s DIYs business model

Not like the prior car wash businesses here before. All prior car washes had employees vacuum-wash-dry and returned the car/truck to the driver. They also watched to make sure customers were aware of resident neighbors using the only driveway...much, much safer than now with 500 - 1000+ DIYS of SJC in this tiny lot and driveway. SJC DIYS clog the parking spots of the other businesses, to dry, text, etc. and create gridlock for businesses and residents alike

Our neighborhood has submitted 39 signatures with a 15-issues list from business owners and residents to the city of Oceanside planning...with no response from them as to taking action With Soapy Joe’s corporate. The true next step would be for the city to evaluate-review Soapy Joe’s DIYS impacts on the neighborhood and their volume of traffic. Not “change the neighbor next door.” 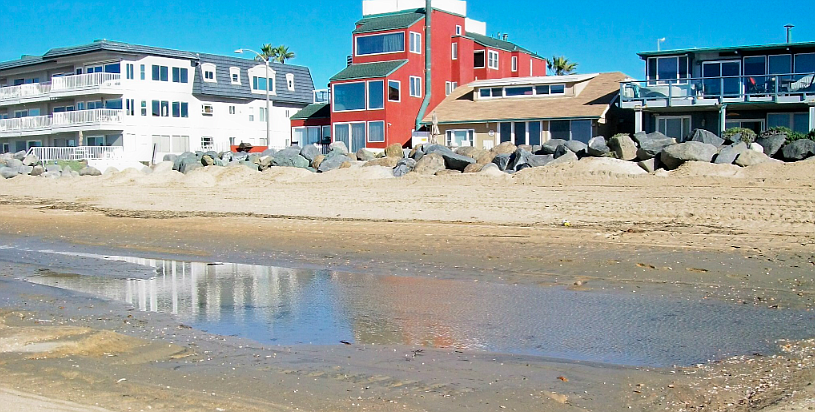 Who is Serge Dedina and what are his motives (“IB tries to calm fears of eminent domain”, Neighborhood News, November 16, 2018)? From all outward appearances he seems like a laid-back local with our city’s best interests at heart. It’s not until you dive deeper into his non-profit Wildcoast, that the polluted waters start to seep in from all avenues.

Growing up in IB, we have always battled with the dirty water from Mexico. I remember a whole summer that our beach was closed with brown, stinky water. This is why, when Wildcoast came on the scene around 2000, no one questioned the motives of this new savior. I mean, who else wanted to fight this uphill battle of trash and sewer. The only problem is, he lost his roots early on when donations started coming from all over and from multiple influential sources. With that outside money came outside influence.

Looking back, I think his initial intentions were genuine but eventually the money and notoriety consumed him. David became Goliath. The “little guy” moved to being “the man.” I’m not sure who groomed him with the idea that you can take people’s homes, that a wild, natural coastline is morally superior to an economically developed one, even at the expense of private property, but here we are almost 20 years later and, along with the California Coastal Commission and other outside groups, he has laid the ground work to implement managed retreat on our small beach town.

It is not because the sea is rising more in IB than anywhere else – that’s just a scare tactic. Natural beach replenishment is a viable option that is being brutally sacrificed on the altar of the lucrative rhetoric of sea level rise research. Mother Nature used to deposit roughly 600,000 cubic yards of sand to our beach annually from the Tijuana River, but the US Army Corps of Engineers proved we now lose roughly 100,000 cubic yards per year.(The US Army Corps of Engineers said 100,000 cubic yards per year is eroding from the beach, corresponding to a shoreline retreat rate of 6 feet per year.)

Our sea is not rising here. Rather, we have a huge deficiency of natural sand replenishment on our beach. This has been happening for over 12 documented years and our mayor knowingly disregarded this information as flawed science when perpetuating managed retreat/ eminent domain on Imperial Beach’s citizens.

When I heard this managed retreat scheme was being instituted on our local home owners, we sounded the alarm and citizens showed up in force. The city was shocked as they were told from Serge that this was our only option. As people came out to fight managed retreat, the mayor doubled down by inviting HBO Vice News to come film the predictable, yearly occurrence of king tides to help sell his idea that we are falling into the ocean, but never addressing the lack of sand coming from the Tijuana River that once replenished our beach with 600,000 cubic yards of sand per year.

The City’s current draft of the General Plan (GP)/Local Coastal Program (LCP) has weakened, but not completely eliminated, its “managed retreat” language. However, if the City is sincerely committed to rejecting managed retreat, it should pass an ordinance or resolution so stating – just like the City of Del Mar did late last year.

We have been hearing chants of “Clean water now” from Wildcoast for years, but what is our mayor’s plan? Or is it the executive director’s plan? The mayor/executive director of Wildcoast has used city funds to pay the lobbying firm Monarch Global Strategies formerly ManattJones Global Strategies $240,000 of taxpayer money to help fight sewage, but is this money benefiting Imperial Beach residents or instead the mayor’s non-profit organization? Is he representing our city or his personal pet interests?

This same lobbying firm (MGS) has attended multiple regional events and fundraisers with Wildcoast employees well before this firm was picked as our city’s lobbyist. It begs the question: How was this firm picked and what purportedly transparent process was used? Was this same selection process used in choosing the flawed 2016 Revell sea level rise study as the basis for our LCP. This makes me question the entire GP/LCP.

As our mayor and his employee from Wildcoast who sits on our city council are about to vote on this important document allowing for higher density in our small town, it makes me question who does it really benefit?

To Dane Crosby: False and uninformed assertion: “Our sea is not rising here.” Reality: Yes it is. Here is a graph (as measured by tide gauges) https://tidesandcurrents.noaa.gov/sltrends/sltrends_station.shtml?id=9410170