Returned to Carnitas Uruapan and ordered the burrito again

The greatness starts with the carne 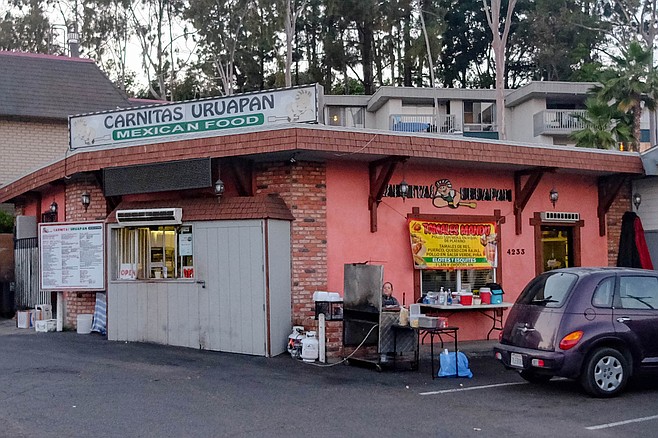 Every so often, a meal comes along that is so memorable, it plants a flag in your appetite and becomes a landmark to look back upon and fondly remember for the rest of your life. Usually, it’s a big fancy meal involving multiple courses and the option for coordinated wine pairings Other times, it’s a burrito.

La Mesa’s Carnitas Uruapan isn’t new to me. I’ve driven past it dozens of times in the past decade, and on multiple occasions rolled up to its de facto drive thru (really just a window facing its cramped parking lot). However, my order has always been some version of the same: carnitas tacos, carnitas burrito, or carnitas plate.

That’s not exactly something to regret. The word carnitas is in the name after all, and Uruapan refers to the city in the Michoacán state of Mexico where the slow-cooked pork dish is said to have originated. The location of this family-owned restaurant may have moved around over the past few decades, but its carnitas have been consistently (and rightly) declared among the best in the city, combining pulled pork tenderness with flavorful, crispy edges. 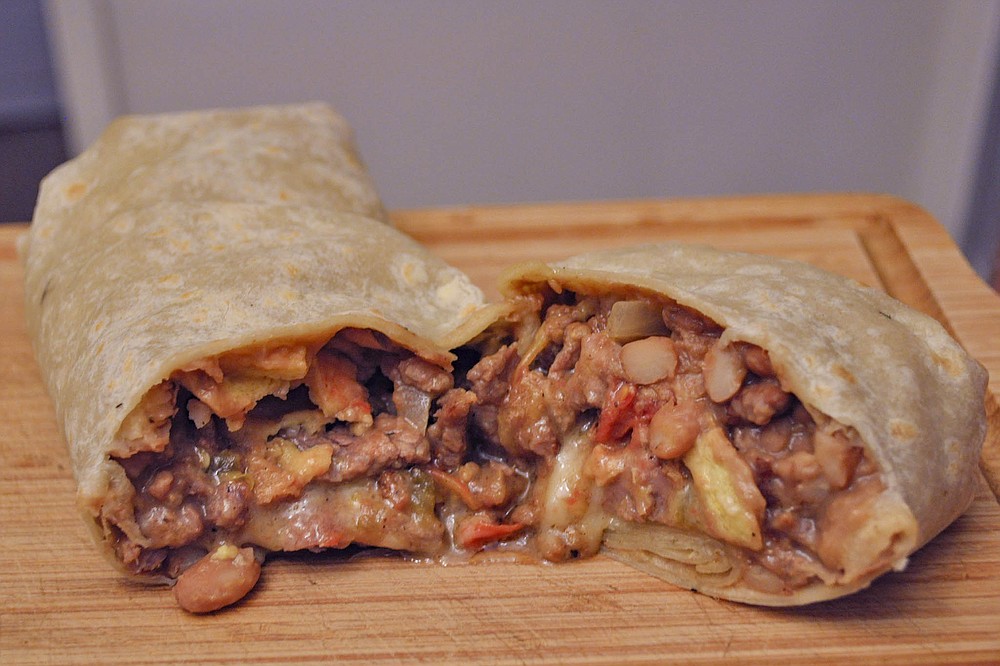 Carnitas Uruapan's Ranchero Burrito: it doesn't have to look pretty to taste fantastic.

Early on, it’s a place I mentally noted for a good carnitas fix, and I never stopped by frequently enough to look beyond the specialty of the house. Until last week. While waiting inside its small dining room to order, I read more closely through the burrito options on the menu and realized it departs a bit from the San Diego usual meat, onions, cilantro, and salsa in a flour tortilla. For example, the surf and turf burrito features carne asada, shrimp, rice, beans, French fries, cheese, and sour cream. One called El picoso fixes up the carne with chorizo, beans, cheese, and red pepper.

But the burrito that really caught my attention was the Ranchero: carne asada stuffed inside a chille relleno, wrapped in a tortilla with rice, beans, and ranchero salsa.

Its greatness starts with the carne, a truly steaky grilled sirloin. The long California chili used in the relleno conveys only mild heat, but its peppery flavor makes an ideal complement for the steak and melted cheese. Well-seasoned pinto beans, fluffy Spanish rice, and an almost gravy-like ranchero add more savor to the mix. In other words, every component of this burrito contributes taste and texture to a cohesive finished product. This ain’t a bunch of ingredients slopped together inside the same flour tortilla, it’s a self-contained entrée, built from the ground up.

Without equivocation, it’s one of the finest burritos I’ve ever encountered, in what has proven a thoroughly burrito-packed life. I literally went to sleep thinking about it that night. And when dinnertime came around the next evening, I returned to Carnitas Uruapan and ordered it again. Everything exactly the same, and just as satisfying.

My return engagement earned a few chuckles from the friendly folks working the small shop, which I now realize has so much more than carnitas to offer. “See you tomorrow!” someone shouted with a laugh as I returned to my car. You know what? They just might.