Get rid of the underbrush 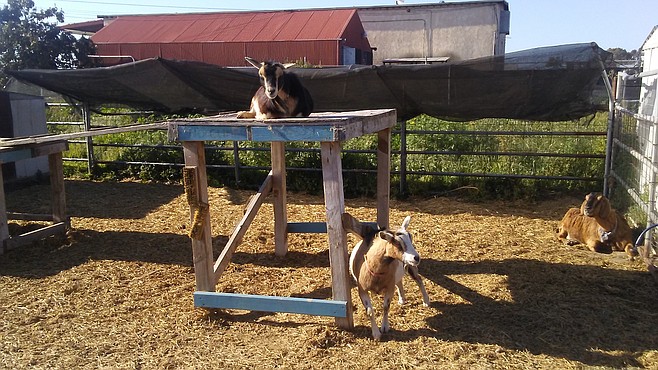 When Moshe Krafchow talks about his novel approach to reducing the risk of fueling wildfires, he looks like a true believer. “The best thing we can do is work with the plants to get them to their healthiest possible condition,” he says. “We need to deal with the broad condition of neglect that results in so much fuel.” Krafchow, who is the owner of TreeCulture Area Resources Management, has been setting up test sites mainly in the San Diego area to demonstrate that his innovative ideas work. (Much of urban San Diego is rated at very high risk of fires.)The idea isn’t that complicated.

Krafchow’s plan: knock down ‘fire ladders’’ by pruning the build-up of dry, dead plant matter that reaches from the ground into the trees and put it on the forest floor, and bring in the goats to eat whatever they can reach – creating a 5-6 foot open air space from the ground to the crown. 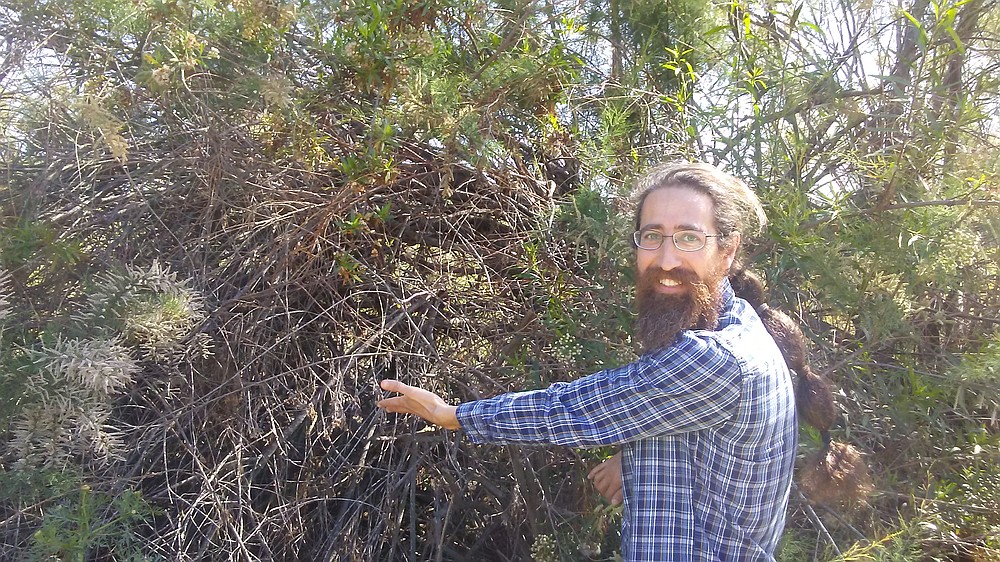 Though counterintuitive, stacking the trimmed material on the forest floor means there’s little oxygen there – unlike when the brush is spread high and wide. (Oxygen is one of three key components to fire). It also slows the regrowth of new brush that will become fuel without causing erosion by keeping moisture in the soil. In the Tijuana River valley, where the willows have returned after the horrendous devastation caused by the shot-hole borer beetle, the hand pruning gives the young trees a lovely, lean, healthy and balanced look next to untrimmed willows that look like half-dead shrubbery.

South Park resident Chris Pearson, who worked on conventional brush management projects as part of his city job, now calls the conventional approach a form of insanity. Pearson brought Krafchow in to ‘silviculture’ the canyon section of his home on Penntucket Street. 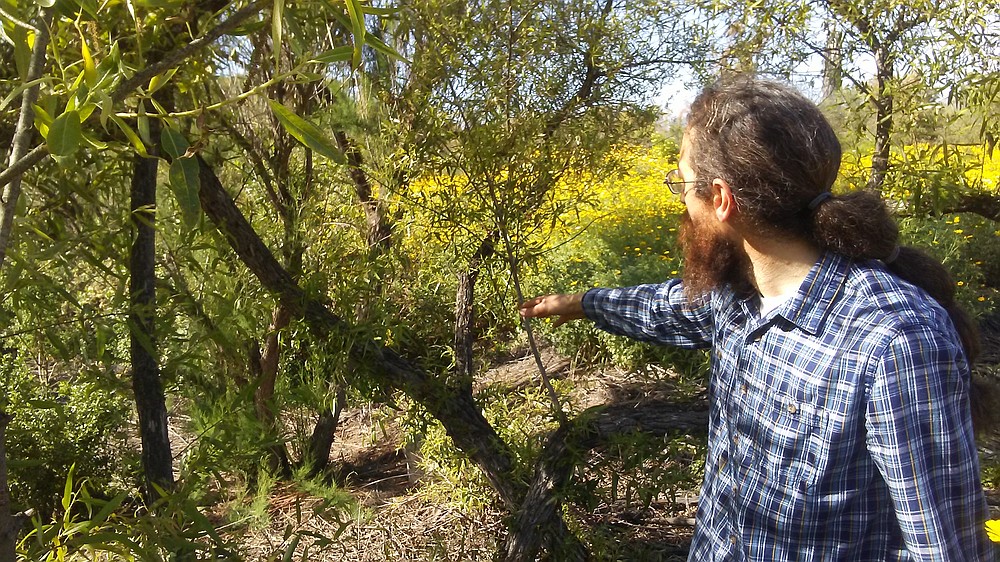 “We’d clear cut it and then go back in two years, everything had grown back and we’d clear cut it again. It’s like that saying that insanity is doing the same thing the same way again and again and expecting a different outcome,” Pearson says. “Managing it so what grows is fire resistant is a sustainable, permanent solution.”

While private landowners report they are delighted with his approach, getting permits for both the pilot projects and the work has been something of a struggle. The permit for the two-acre patch he worked on for two years in the Tijuana River Valley Open Space Reserve (on the border between Wild Willows Farm) is probably not going to be renewed – though county biologists applauded it – because his efforts are no longer aligned with a research institution.

The city is slowly reviewing a permit application for private land on a canyon near San Diego State University. But his approach is an applied effort of what the fire community has long been saying:
Brush management is critical to reducing damage and spread of wildfires. Managing the brush is often a clumsy, destructive job of coming in with heavy machinery and tearing it out – or poisoning it with glyphosate. Tearing out plants results in erosion because roots hold soil in place, and poisons that enter plants end up spreading throughout the ecosystems.

The county staff reviewing reports on the river valley project noted that “our biologist believes your methods are quite innovative and very beneficial to the environment. Using these methods has good potential to promoting a healthy forest ecosystem without the use of heavy machinery that disturbs wildlife; which is beneficial for all parties involved.”

All this effort occurs outside the 100’ perimeter of cleared, defensible space prescribed by firefighting agencies including CalFire. That outer landscape is usually neglected, and left to its own process, the dead parts of trees and the brush that grew into the trees and dried out become fuel that feeds fire. Because it’s upright, there’s plenty of oxygen.

“Herbivores (animals that eat greens) used to clear out the brush they could reach, but they are gone now,” he says. “So we prune the dead material off the trees, knock the flammable material down to the ground, and bring in goats to clear the area between the ground and the crown of the trees.”

The services aren’t free, and unlike gardeners, require permits. That has upped the ante on proving Krafchow’s silviculture methods – and has slowed down projects while municipal governments review the innovative and unconventional approach – especially the grazing goats. But Krafchow persists, convinced of the soundness of his methods. “There is no magic formula that says mixing abuse (like clear-cutting and poisoning) with neglect gets to a healthy ecosystem,” he says. “The best thing we can do is work with the plants to get them to their healthiest. Working with the community of organisms is far less expensive and far more sustainable than anything else people are doing.”

This idea is counter to President Trumps idea of "cleaning" the forest floors. Moshe should be getting a tweet soon.