Canines in mind at Poochie's Hooch 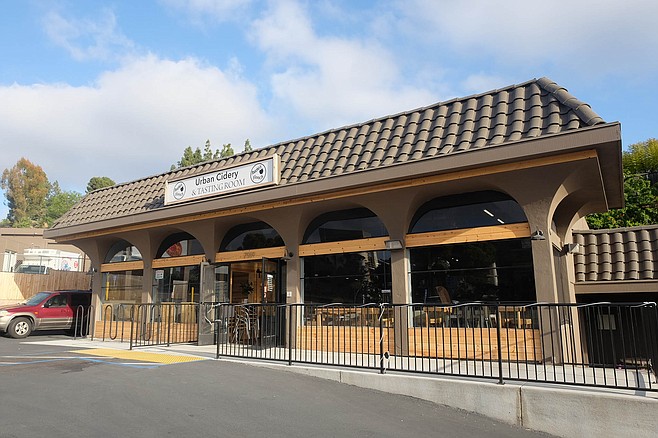 Three years ago, former firefighter and LPGA golfer Mary Paulson was a home cider maker who would invite a couple dozen friends to her North Park home for what she called back yard happy hooch hour parties. She enjoyed sharing and refining recipes, but it was ultimately a dog that inspired her to set up shop in Mission Gorge and open Poochie’s Hooch Urban Cidery.

Paulson takes care or senior dogs who, when abandoned, are harder to place in a permanent home than puppies. When a dog is fostered, it may be spared from euthanization long enough for it to be adopted. After one of her fosters, a standout Labrador mix named Poochie, became ill, Paulson grew frustrated about the fate of these dogs, when high medical costs result in many being put down rather than treated back to health. 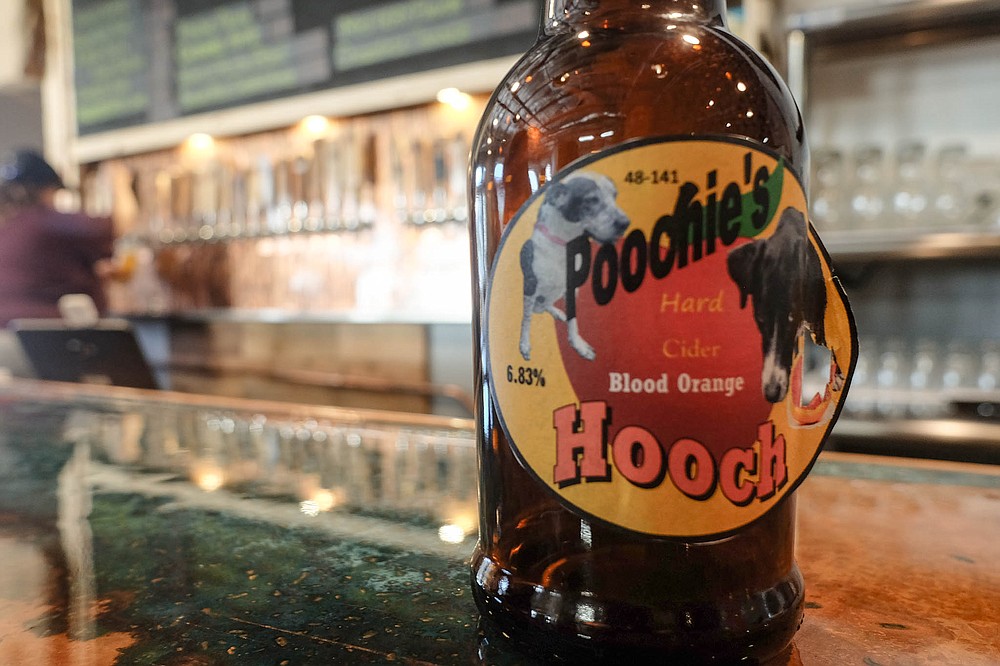 “It really tugged at my heart,” says Paulson. She recalls thinking, “I’m going to make sure that never happens to a senior again.”

On her friends’ suggestion, she launched Poochie’s Hooch in that dog’s memory, with a plan to donate 20 percent of profits to Labradors and Friends Dog Rescue Group. She hopes one day the cidery will be successful enough to establish foster home facilities to give more senior animals a fighting chance.

After building out a brewery and tasting room largely by herself, Paulson opened Poochie’s at the end of 2018, quickly becoming a local stop for cider fans, San Carlos residents who haven’t historically had drinking options within walking distance, and both hikers, bikers, and climbers coming from a day spent recreating at neighboring Mission Trails Regional Park. And, of course, dogs taking their owners for a walk.

Most visitors to Poochie’s dog-friendly tasting room and patio order flights, in part because Paulson strives to keep 28 flavors of cider on the board. She does so by incorporating the likes of real fruit, dry spices, and oak wood chips, and experimenting with brewing variations, splitting her ciders into small batches so she can keep up the constant play and exploration she enjoyed as a brewing hobbyist.

“As far as I’m concerned, it’s still like I’m making it at home,” Paulson says, “but I’ve got bigger pots.”

Over her first hundred days in business, the most popular has been a dragon fruit cider, with other customer favorites flavored with blueberry, pumpkin spice, and two spicy seasonal versions inspired by mango salsa. However, Poochie’s flagship is called Cinville, a cinnamon and vanilla spiced cider recalling the flavors of Paulson’s youth.

Growing up in Minnesota, she remembers, “Mom would have hot cider with a little cinnamon stick in there, and she’d drop a little bit of vanilla in there… and that was cider for us. So I’m bringing the Minnesota north woods down here to Poochie’s backyard.”

And whether it was her backyard or her new tasting room, Paulson’s fond of joking with guests, “Be thankful I make good cider, because if I was good at making pancakes we’d all be eating pancakes right now.”