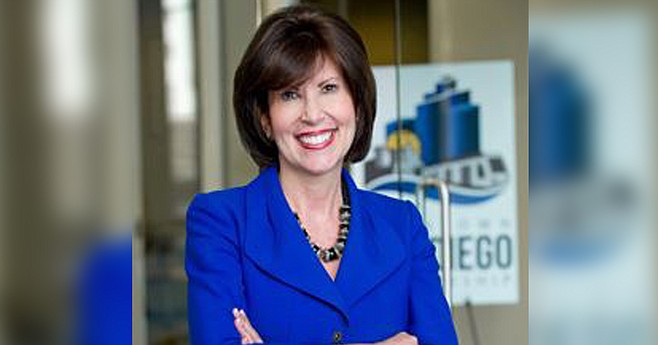 San Diego's male firefighters have a significant edge when it comes to collecting chunks of lucrative overtime pay, leaving the annual salaries of the few women in the Fire-Rescue department far behind their male counterparts in average annual compensation, per a new report by San Diego acting city auditor Kyle Elser. 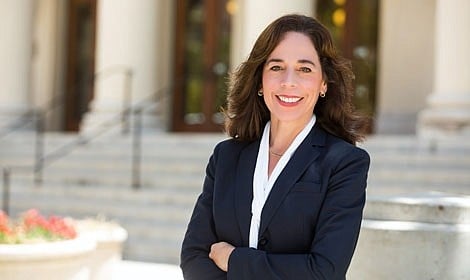 City attorney Mara Elliott: "The report does not reflect the pay raises I gave during my first year."

"We found that female firefighters earned approximately $25,000 less than male Firefighters of similar age and years of service—a gap that was almost entirely explained by differences in overtime use," says the April 8 performance audit of city employee pay equity.

Noting that women constitute just five percent of the city's sworn firefighting force and only 15 percent of police, the audit says that the city's overall gender earnings gap "is largely driven by sworn Police and Firefighter personnel, who are heavily male and are compensated significantly more than the average City employee.

"In turn, high average pay in these departments is largely the result of high amounts of overtime – especially in Fire-Rescue, where the average employee earns more than $45,000 per year in overtime alone." Absent police and fire pay disparities the report says, "the City’s gender earnings gap narrows considerably, to 96% for women’s pay compared to men’s."

But the same can't be said when it comes to the city's gaping racial/ethnic earnings gap, which even with the overtime imbalance removed "remains virtually the same, with pay for non-white employees averaging 81% of what white employees earn."

At the top of the heap in the study's city-wide analysis of 2017 pay data were white male employees, earning an average of $98,026, compared to an all-employee male average of $87,868.

The report adds that "the largest difference we found was for Deputy City Attorneys, with non-white employees earning about $6,200 less than whites, even after adjusting for age and years of service, and even when excluding overtime." In addition, "Non-white Civil Engineers earned $4,581 less than whites."

On the other hand, data from the police and fire departments ran counter to the trend, revealing that "non-white Firefighters and Police had a pay advantage of $4,702 and $2,676, respectively."

Finding reasons for the multiple disparities isn't simple, says the audit. "Departments were able to speculate but did not know the true causes of these gender and racial/ethnic earnings gaps. This is because these differences had never been identified or studied before.

"Thus, we emphasize that these results do not prove that the City is engaging in any illegal or unfair behavior," the report adds.

"We recommend that the City utilize appropriately-qualified staff, or a consultant to investigate the root causes of the earnings gaps we identified and recommend a course of action to mitigate earnings gaps where necessary."

"By not performing analyses of pay equity, potential earnings gaps could emerge, magnify, and/or perpetuate among the workforce, and the City would be unaware. Such earnings gaps may be inherently unfair, potentially illegal, and a hindrance on the City’s ability to retain motivated, engaged employees."

"We will work in an open, transparent way to put an end to wage disparities based on gender, race, and ethnicity. We are committed to providing equitable pay and access to opportunities for all our employees. We will conduct regular pay equity analyses to hold ourselves accountable for strengthening protections against wage discrimination within the City of San Diego.

City Attorney Mara Elliott defended her office's hiring policies in an April 5 memo to the auditor.

"It's essential to note that the report captures a snapshot in time. It is based on information taken midway through my first year in office, is limited to just one of our employee groups, Deputy City Attorneys, and addresses just a subset of them (roughly 65 percent of the DCAs now in our office).

"The report does not reflect the pay raises I gave during my first year preparing our office budget, nor does it address other initiatives we've taken to improve the diversity of our office and ensure fairness."

"We have also stepped up our efforts to address the potential for pay disparities. I review and approve all hiring panels within our office to ensure diverse representation, and I personally interview every new hire. We conduct exit interviews with every employee who terminates employment."

"An audit done today would show that the racial/ethnic pay gap referenced in the 2017 audit has already been reduced by one-third.

I’m just wondering since this report points to overtime as a major source of pay disparity, and overtime is typically a voluntary choice rather than an involuntary requirement, does that indicate that gender may play a role in the disparity? Could it be, speaking strictly about overtime wages, some women prefer to have the time for themselves and their family over additional income from overtime wages? Whereas some men prefer the opposite?

Yes, this is a wildly general statement/assumption but it is valid. Wage disparity occurs for a vast myriad of reasons most of them are NOT nefarious in nature. However if there is clear and concise evidence of wage discrimination, actions need to be taken to correct it and hold those who practice it accountable.