Niederfrank's Ice Cream – so far behind in modern technology 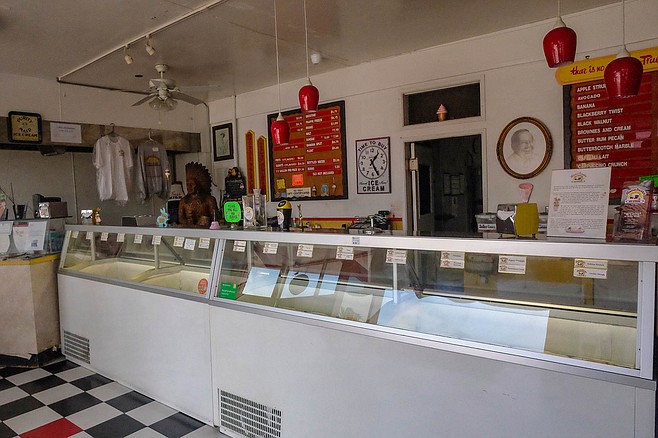 A sign posted inside Niederfrank's Ice Cream declares, “We make our ice cream by some of the most antique, inefficient, outdated, and expensive process in the world.”

Home-made ice cream shops have been cropping up around San Diego the past couple years, but this small National City institution has to be the oldest, opened by its namesake owner in 1948. The current owners have been running the place since 1995, but they’ve embraced the shop’s original equipment, which was already old in 1948. They’ve speculated the shop’s Emery Thompson ice cream maker is over a hundred years old.

Compared to other ice creams, theirs has lower cream content and less aeration, putting it somewhere between ice cream and gelato. But it’s what they put in to that old, ten gallon batch freezer that counts. The shop promises no artificial flavors, so along with chocolate and vanilla, the 48 flavors cooling inside the glass case is loaded with real fruits, nuts, and occasional surprising ingredients, such as egg to make custards, or turmeric, and annatto (a.k.a. achiote) for color. A red mint chip ice cream, for example, gets its pinkish hues from beet powder. 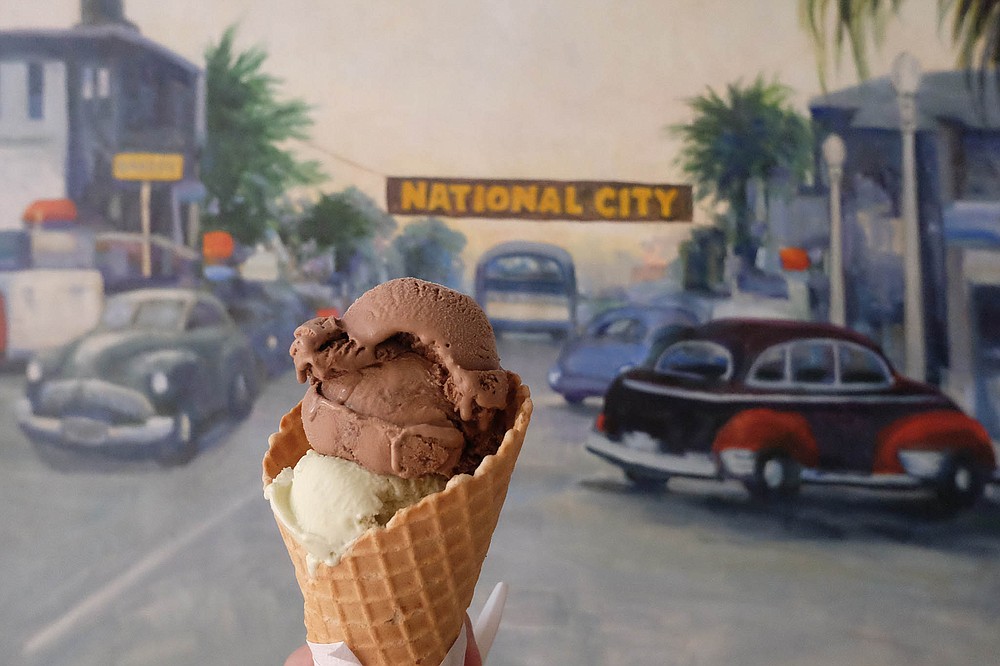 A cone filled with avocado and red ale Mexican chocolate ice cream, in front of a National City mural inside Niederfrank's Ice Cream

For the dairy-free, a tantalizing sorbet selection includes passion fruit, tamarindo, and the superfruit açaí. After sampling a few flavors, I would have gone home with a $3.90 scoop of that açaí, but I couldn’t resist getting a double scoop waffle cone pairing a couple of San Diego-specific flavors.

For the lower scoop, I went pale green with the indulgently creamy avocado ice cream. For the top I went for one of several chocolate varieties: a Mexican hot chocolate ice cream infused with Irish red ale from South Park Brewing Co. The ice cream didn’t scream beer, just lent a mild maltiness to the seasoned chocolate. Enjoying avocado, beer, and chocolate in a single cone of ice cream clearly made my week. It was $6.75 for the double scoop, an extra $1.25 for the cone. 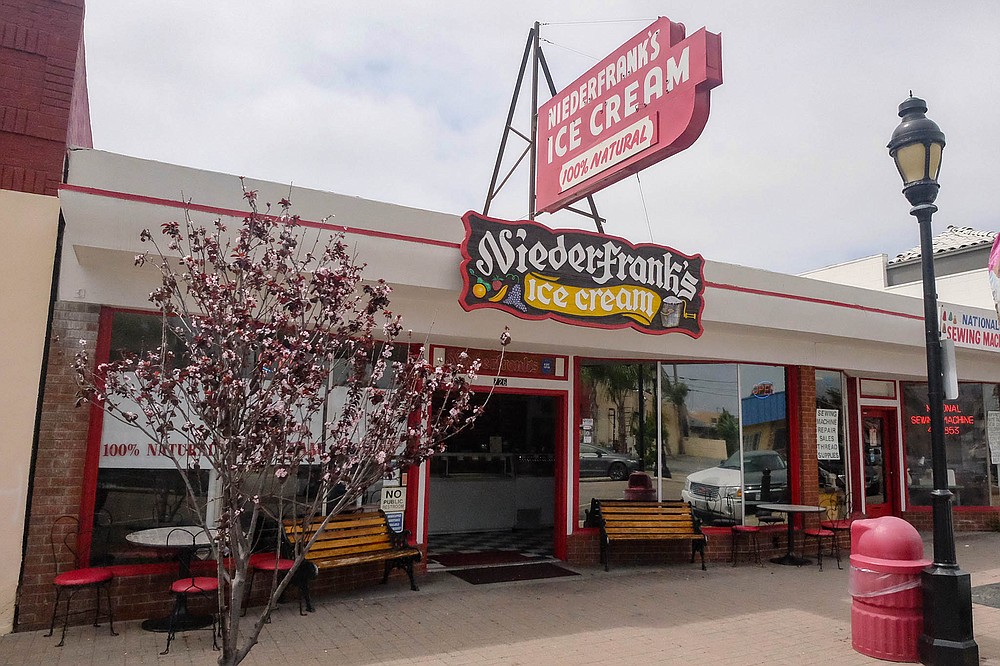 Homespun ice cream may be done more efficiently on newer equipment, but as long as Niederfrank’s keeps making great stuff the old fashioned way, I’ve gotta think they still set the pace in this city. Or as the sign in the shop concludes, “We are so far behind in modern technology that we are about 100 years ahead.”