The Ralph's approach vs. Costco's 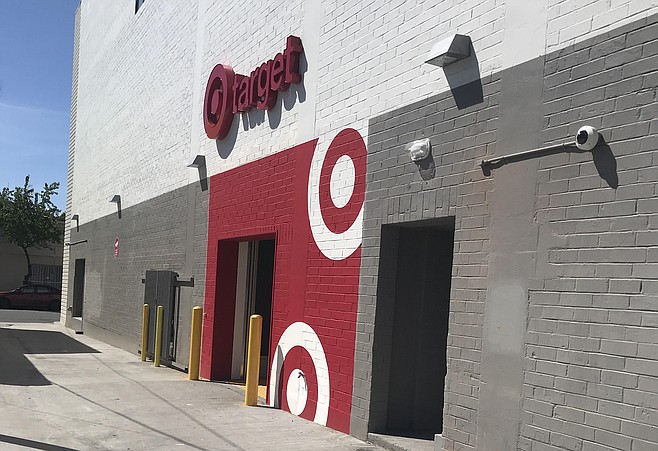 Joan LaRose has been to the new Target store in North Park three times since it opened on March 12. She and her neighbors "love" the convenience of having a 35,200 sq./ft. "small-format" Target nearby; product placement within the two-story building and parking in the back is another story.

"I think the liquor is too close to the rear exit," LaRose said on March 31. "It is directly adjacent to the door on the right hand side as you exit. I cannot believe Target was not aware of the potential problem here." 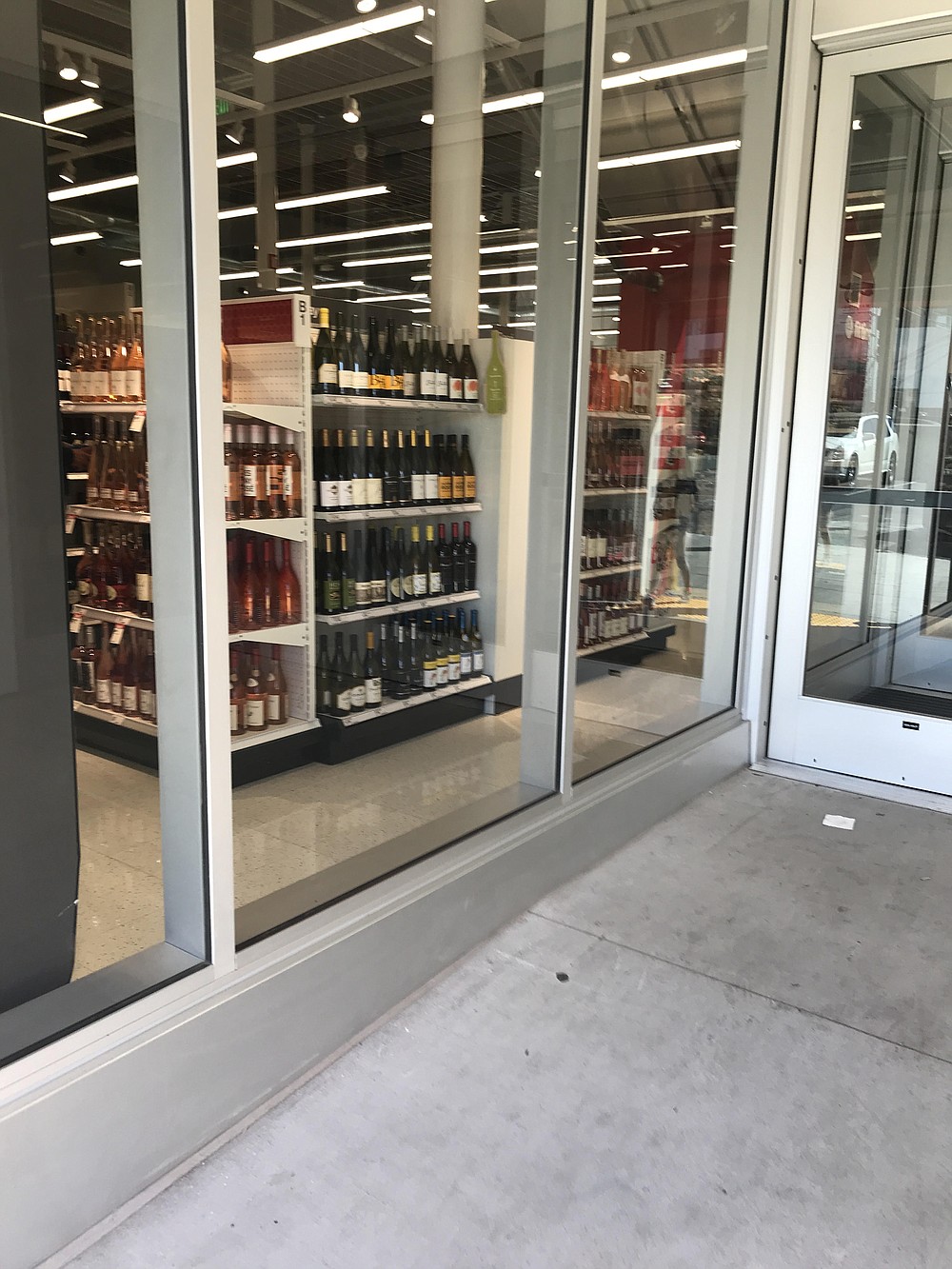 "If you buy alcohol, you have to wait in line."

LaRose, 69, is a retired North Park resident that lives a half mile away from the chain store that's on the corner of University Avenue and Ray Street, two blocks east of the North Park sign.

"Hire security," suggested LaRose's neighbor. "You're going to need it. Ask Smart & Final down the street, they had to lock up the booze because of the grab-and-dash [activities]."

The back door of the revamped Target building, that once housed a JC Penney department store for three decades, leads into an alley that connects Ray Street and Grim Avenue and Target's designated parking spots.

Store employees of the neighboring businesses admit that their walk-in traffic has increased since last month. 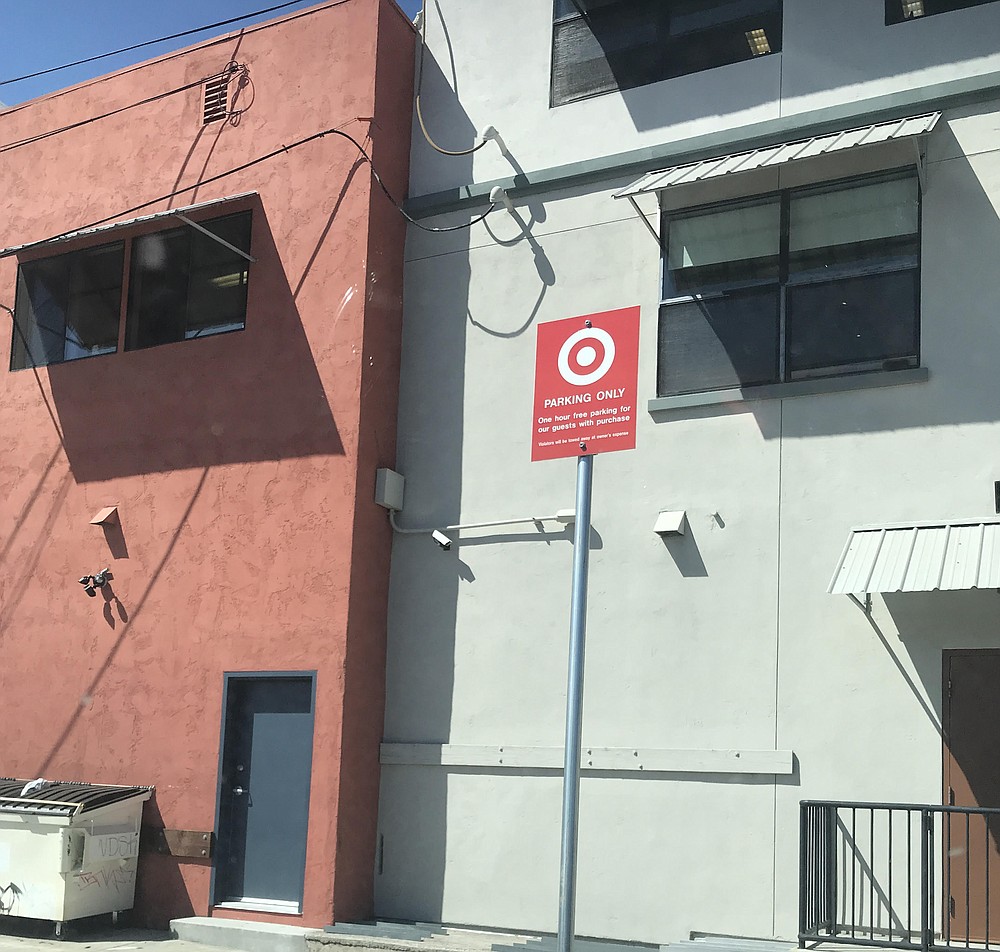 "They took 29 spots and made them Target one-hour parking spots."

"I went to the Target again two days ago and for the very first time visited several other local shops on foot," said one neighbor. "The new Target actually prompted me to try some local businesses I might have otherwise ignored."

Dee works in one of the adjacent buildings. "It’s not going to be easy on us to find parking daily because of [our] lost spots," she said. "There are two lots on Grim Avenue behind the Target [and] they took 29 spots and made them Target one-hour parking spots."

Jane A., an Elite '19 Yelp reviewer gave the new Target a 4-star rating out of five. "Their targeted audience are the locals," she said, "for those outsiders, good luck finding parking in North Park aka 'No Park.' It doesn't offer as much as the larger Targets but you'll find the basic necessities and then some at this location. Imagine a mini Target [with] each department shrunk down and condensed to a 8'x8' space."

"The only concern I have is that it's [mostly] self-check out," Jazmin said, "and if you buy alcohol, you have to wait in line for the customer service counter." 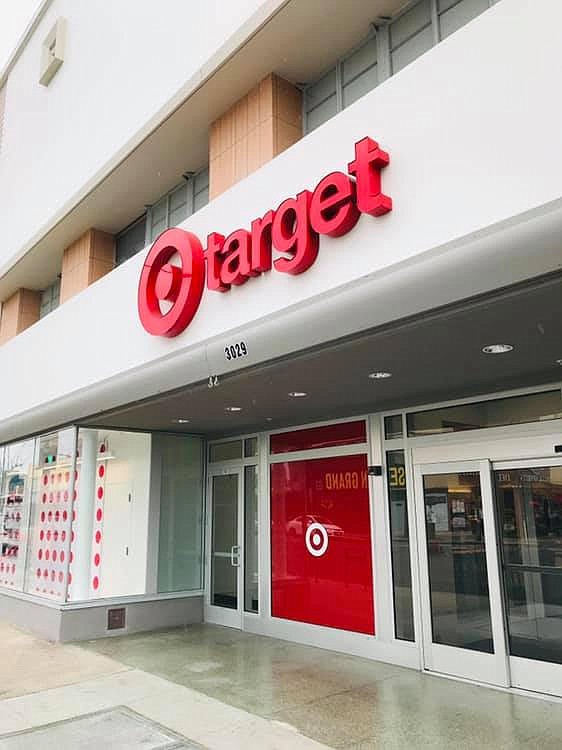 "Their targeted audience are the locals."

Another neighbor wishes there were more than "two human operated check-out registers" available; although she does applaud the loss-prevention personnel. "[On March 17] I happened to walk up to the back door right when some hooligans were trying to steal something," she said, "but security actually handled it really well."

"The double doors make it harder to steal anything from the store," Dee said. "I don’t think there is much they could do to deter shoplifters with the layout."

On April 1 in the afternoon, I entered through the rear by the liquor selection and grabbed a bottle of wine. The female attendant that carded me and rang me up, confirmed that the store has "growing pains" including thieves escaping through the back door.

Some customers are concerned that the grab-and-dashes may prompt the store management to "lock the rear door" as the nearby Ralph's did last year.

"I really liked Ralph's, but I stand on my principle that closing a door for 'shortage' is short-sighted," LaRose said. "They (Target) could hire another security guard and check receipts just like they do at Costco."

"Yeah, no thanks," Morgan said. "I don't go shopping to be made to feel like a criminal. They (Ralph's) thought it would be awesome to implement some gestapo type shenanigans .... and apparently so many people complained about this tactic."

Since the opening of the new Target, according to the Crimemapping website, there were no reported crimes at Target's 3000 block on University Avenue; there was a theft/larceny case on the 3100 block on March 12 and a fraud case five days after in the same area; on 30th Street which is a block to the west, there was a theft/larceny incident on March 16 and an assault on March 22.

"Shrinkage" is the retail term for missing inventory. That can be caused by many factors, but rampant shoplifting is a big one. I watched a nearby Stater Brothers deal with snatch and run of liquor and beer. They build a display of soft drinks that runs about 25 feet from the entrance across in front of the booze department. A thief has to go around the end of that stack, and while it is not foolproof, inhibits many would-be rip-off artists (and probably exposes them to more security cameras.)

Constant issue at Rite Aid. I've seen teens fill a cart with booze and nonchalantly jet. A cashier told me they have been told to not stop them. Though I've seen store managers racing like the wind after senior citizens that lifted something tiny or a homeless person that lifted something. So not sure what the actual policy is.

Smart & Final employees in North Park can't run after the shoplifters, either. One checker who once did, was attacked and injured. I'm thinking that liability issues changed that policy.

It would be interesting to know what each stores policies are and why. Recently I talked to a cashier at Bed, Bath, and Beyond and he told me that people steal all sorts of weird things. He said one of the weirdest was when he worked at a grocery store and a man stole from the meat department. He stuffed his pants and under his shirt and coat like he was a drug mule. When they caught him steaks flew everywhere.

S&F in el cajon has most of their booze locked up and a button to signal a worker to open it.

No low wage low/no retail employee should ever "chase after" anyone. The employer does not care about you and will fire you if you are injured. They only care about profits. You are just an employee. You are not an associate or partner or any of the other catch phrases that employers use to make you feel like you matter. Let the store hire armed security.

Shoplifting seems to be commonplace nowadays. It's one of the reasons "crime is down" because many crimes are not even reported anymore. I have watched people walk into Albertson's and walk out with cases of beer or large bottles of booze. I was in the check out line and pointed a theft happening in plain sight to the cashier and he said they can't do anything. One time I saw a man take a large can of beer and head to the back of the store, then into the bathroom where I assume he drank the beer. Honest customer wind up paying for the losses.

By the way, Costco can check your receipt because you agreed to let them when you joined the membership club. They will terminate your membership if you start hassling their exit people about your receipt. I have seen Walmart employees check receipts, but they have never checked me. Unless the store has posted that policy somewhere at the entrance (and even if they did) they can expose themselves to legal problems. You can't pick and choose whose receipt you check without the possible charge of discrimination and profiling. Showing your receipt in most stores is voluntary.

I've chased down and put on the ground "lifters" before, the word spreads and they don't try again.

Don't you also have a big dog in your store? When I've shopped for things I've noticed the dog. And you have one entrance/exit and a person nearby the door.

he is not as aggressive as I am, but he seems to know when someone is up to no good and keeps an eye on them

Bravo! More businesses need to do this. SDPD will never help, as shoplifting is so low-priority.