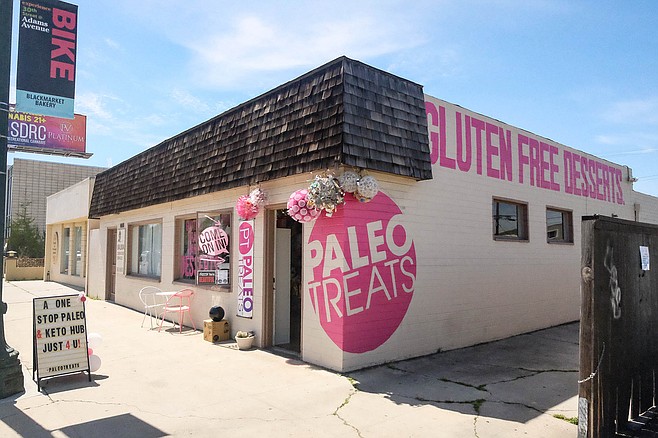 It’s just too easy to make fun of the paleo diet, otherwise known as the paleolithic diet or the stone age diet. Blame whoever started calling it the caveman diet for the jokes. The term was meant to illustrate the concept of the diet: that by only eating foods our primordial ancestors might have eaten, we can shuffle off the higher body-mass index and chronic health problems endemic to modern-day Americans. But when I walk into Paleo Treats in North Park and see brownies on the menu, I can’t help but snicker. Did cavemen eat brownies?

Of course not. But I guess the nuts, honey, and assorted flour alternatives all meet the requirements, so paleo dieters don’t have to be fundamentalist about it. The friendly woman behind the counter offers to let me try a sample of the brownie, and it’s good. A little less density than the real thing, and a little more grit, but I would most definitely eat it with ice cream, if that’s allowed.

As she let me sample through the short menu of treats available, the cashier let me know that the two most popular happen to be keto-friendly as well. In other words, low carb and low sugar. The so-called Mustang Bar has 9g of sugar, the Bandito only 7g. Prepared in a commercial kitchen in Miramar, the 5-dollar apiece treats come in plastic wrappers that declare in all caps: “no gluten, no grain, no dairy.” 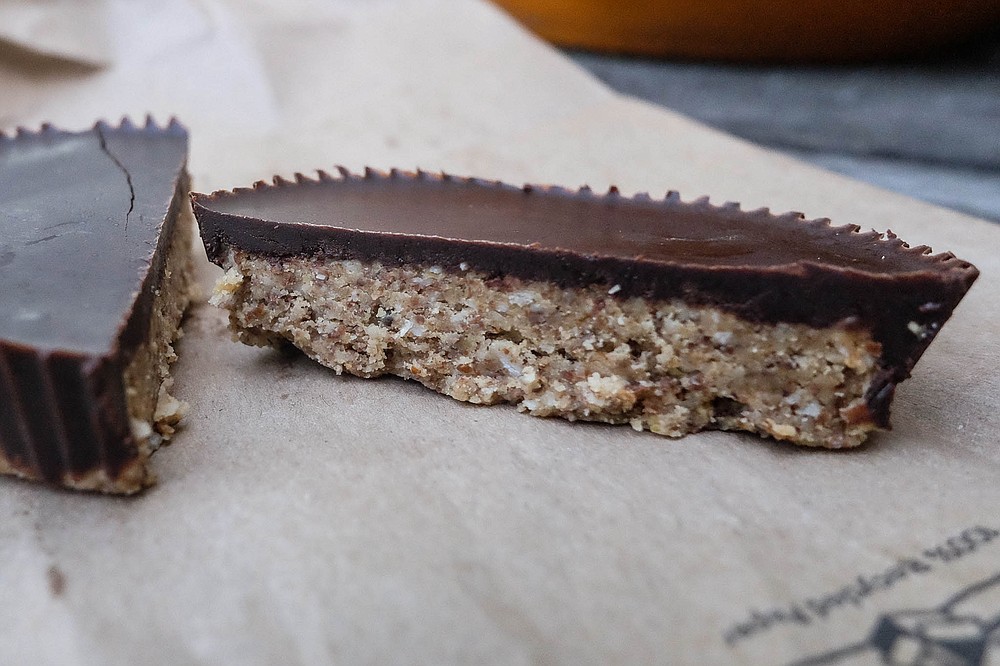 The Bandito looks like a large Reese’s Peanut Butter Cup, and sort of tastes like one too. Rather than peanuts, its nutty center incorporates almond flour and almond butter, and flax meal and sea salt. It’s unclear whether the coconut and honey are in the nut butter or its dark chocolate coat, but if eating this sweet candy is part of dieting, then indeed we live in a wondrous age.

With no chocolate to cover it up, The Mustang Bar looks more like one might expect from a keto and paleo friendly dessert. It’s something between a cookie and a granola bar: a soft crumble of almond-based pastry packed with walnuts, almonds, raisins, and pumpkin seeds. It’s also dairy free, etc., but to me it tasted like candies yogurt and nuts. You could trick a kid into thinking it’s a dessert, but I suspect it would also serve as a healthier than average snack. 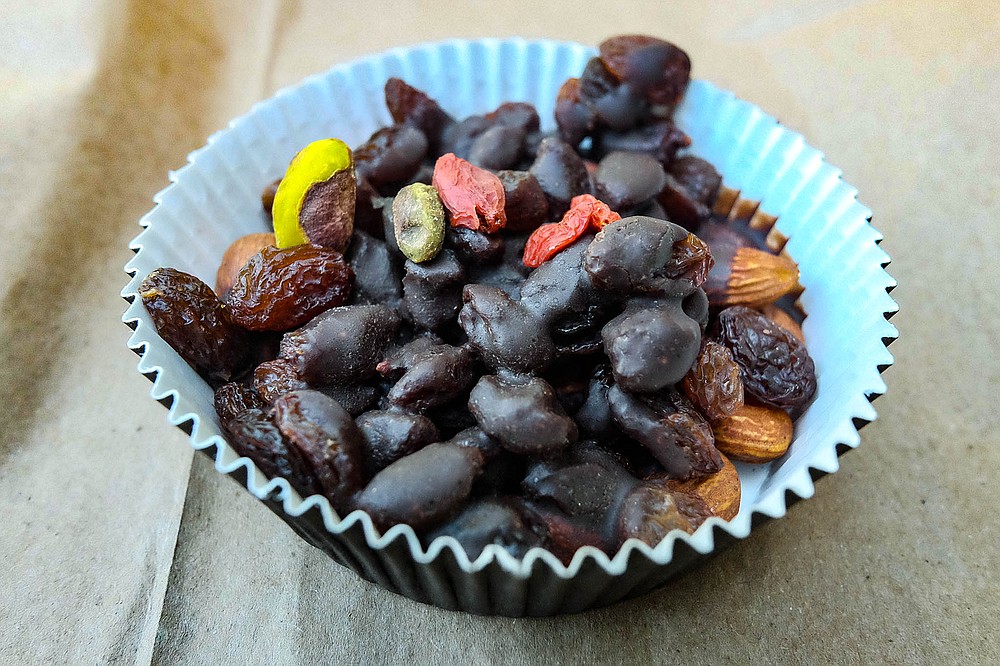 Dark chocolate, fruits, and nuts for the paleo crowd 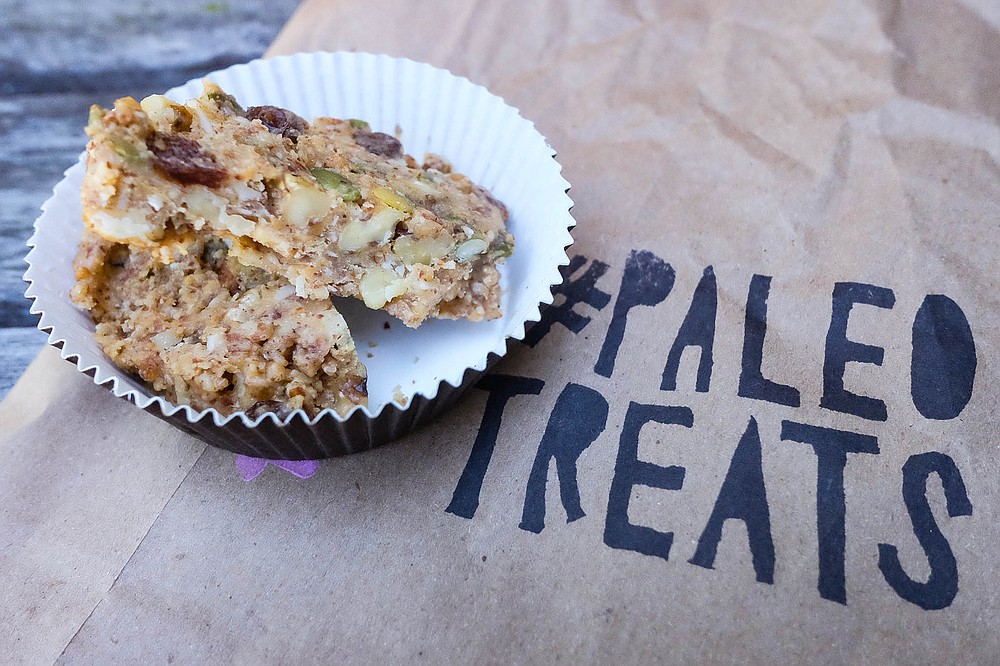 Turns out these desserts are no joking matter. I’ve definitely eaten worse tasting conventional candies and baked good within the past week, and they couldn’t pretend to have redeeming nutritional benefits. So I’ll try to knock it off with the caveman jokes and hope these dessert-friendly diets work, because the 55-dollar made-to-order cakes made by Paleo Treats look like a great way to celebrate.