Students "a check on the power of the administration," per sponsor 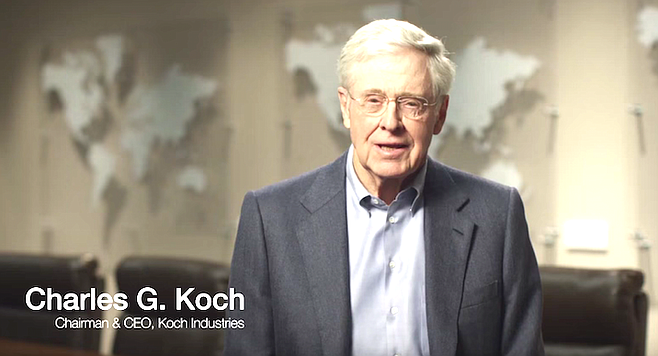 Could San Diego State University, a bastion of the local business establishment that has carefully guarded its political and financial perogatives, be in for a housecleaning, courtesy of donations from conservative billionaire Charles Koch's foundation to Florida's Poynter Institute? 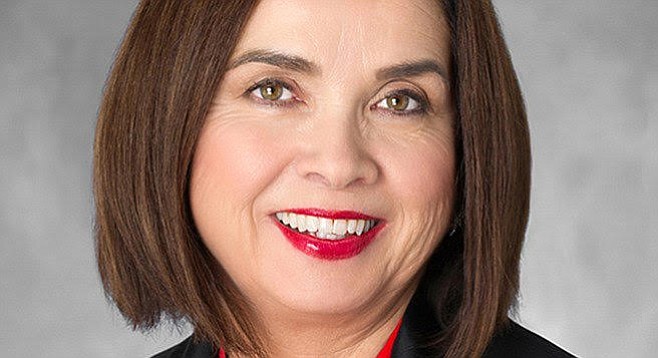 The prior tenure of SDSU's newly-installed president Adela de la Torre as an administrator at UC Davis has gotten short shrift from the locals.

"During a time of increasingly limited resources for student media organizations, Poynter will help more student journalists hold their institutions accountable, increase civil dialogue on campus and improve watchdog reporting skills," says the announcement, adding that the nation's college scribes say they are desperate for assistance.

"Some shared stories of intimidation by administrators and even their own peers. Others noted ongoing Title IX investigations and their eagerness to learn more about how to hold their institutions accountable for transparency in job searches and complaints about employees."

Poynter senior vice president Kelly McBride added that the students deserved aid because “they are a check on the power of the administration."

SDSU insiders note that there is no dearth of rocks to be turned over, including follow-ups to a multitude of malfeasance reports issued by California's state auditor and the California State University system.

Among other alleged faults in recent years, SDSU has been dinged for asbestos and potentially hazardous eyewash stations in its student labs and hit for financial favoritism to an unnamed athletic department staffer, along with a bevy of other negative findings.

"A company owned by a campus faculty member improperly included the university name in its name, and the company obtained a deeply discounted facility rental rate from [Associated Students], which appeared to be a conflict of interest,” noted a 2016 CSU audit.

In September of last year, SDSU's preventative maintenance and a yet-to-be-adopted climate action plan were called out by CSU auditors.

Replied SDSU officials: "The university accepts the risk inherent in not maintaining all assets at the scheduled intervals provided in the [preventative maintenance] program given the finite resources available at this time. We will continue to advocate for additional funding and staffing to expedite this process.”

Fleeing faculty remains a story to be pursued. As reported here in February of last year, professor Anne Donadey of SDSU’s Diversity Equity and Outreach Committee told the faculty senate "The decrease in faculty numbers is cause for concern, as is the fact that percentages of female and underrepresented faculty members have not increased in spite of retirements and regular hiring since 2014-15.”

The prior tenure of SDSU's newly-installed president Adela de la Torre as an administrator at UC Davis, where she declined to provide emails to a law firm hired by the state to investigate her boss and close friend, ex-Davis chancellor Linda Katehi, has also gotten short shrift from the locals.

Then there is the case of Lilac Hills Ranch, the topic of a November 2016 investigative report by SDSU-run KPBS, highlighting what was alleged to be "dark money" political funding against the project without disclosing that developer Randy Goodson and wife were donors to SDSU's posh Parma Payne Goodall alumni center.

Added McBride: "With Koch money we helped the student journalists at Howard University’s The Hilltop newspaper cover the longest student occupation in the college’s history, hold their own university officials accountable and host bl(activism), a conference on black activism.

If you aren't a Breitbart troll and have half a brain, please read this: www.archive.org/stream/pdfy-qDYkCJZp968ltoLM/Meet%20Charles%20Koch's%20Brain

It's a pamphlet of sorts written by Mark Ames on Robert LeFevre, the guy who converted Charles and David from being John Birch Society drones (their dad helped found the JBS) to being the Libertarian monsters they are today. If the link doesn't work, throw "Meet Charles Koch's Brain" into a search engine, the 24-page (48 printed out) document was originally part of an issue of NSFWCORP, the magazine Ames ran after getting the boot from Moscow (where he ran the expatriate magazine the eXile.)

LeFevre was in the I AM cult, crossed picket lines during the Depression, was a toady to R. C. Hoiles, and generally operated as a shill most of his adult life. He met the Koch brothers at his Colorado "Freedom School" which was about promoting first-generation Libertarianism. There is a lot more to it, but please read the document - it explains a lot about why Libertarianism works like it does.

That's great that the Daily Aztec made no mention at all of the scandal at UC Davis that brought down the chancellor there (not the president) who was de la Torre's boss. Seems that misconduct attributed to the boss had de la Torre right in the middle of the mess, and that she refused to cooperate with the investigation. And now with that history, she's the new president of SDSU and most locals are none the wiser about her record.

If this foundation money stiffens the backbone of the student editors and reporters at the Daily Aztec, all the better.

Look for ever more slanted administrating since KOCH wants to get back its investment in "education" in the form of support for Koch promoted issues. SDG&E does this same thing by supporting KPBS which leans toward support what is good for SDG&E!

Welcome to ever more bought Media!

Follow the money and you will find who is in control.

Koch Bros: remember us? We inserted notes in our employees' paychecks threatening their job security if they agreed with the Obama Administration's policies by voting for candidates other than right-wingers. Don't take the money, no matter what positive results they claim to have cultivated. Koch Bros: it's shame they can afford excellent healthcare.

Seriously. They did not do that. How in the world would they know how their employees voted?