Jolla Shark moves across I-5 from Logan 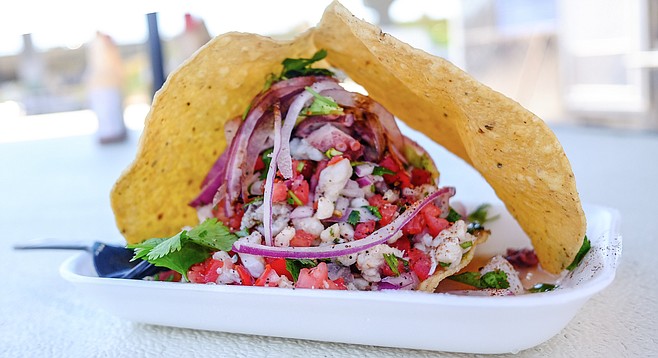 Food trucks offering fish tacos and ceviche usually go by the name Mariscos something or other, but a recent addition to Logan Heights goes by a more distinctive name: Jolla Shark. 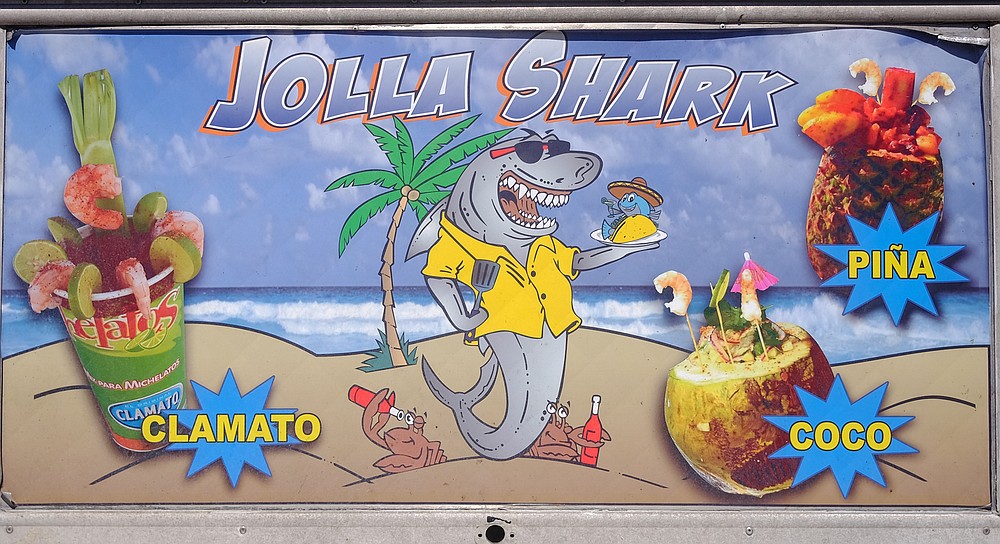 The shark in this food truck's imagery is ready to eat, not be eaten.

Until recently, Jolla Shark parked beside a gas station across the street from a couple of taco shops in Sherman Heights, but it recently moved a few blocks into a big, empty lot on Cesar E. Chavez Parkway, just across the freeway overpass from Barrio Logan. Its setup includes shade structure with patio tables underneath, and a view of a couple murals leading the way into Chicano Park. 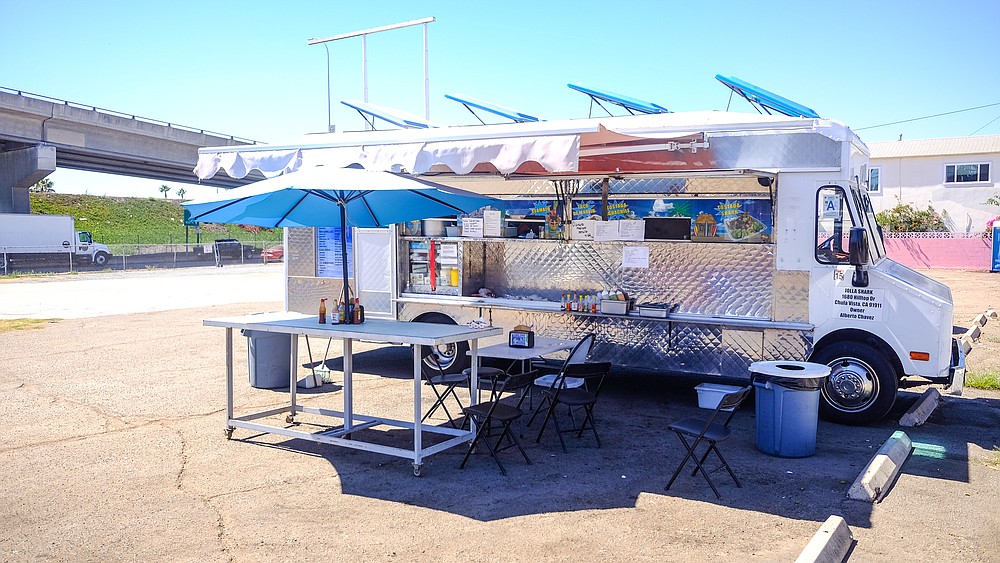 The Jolla Shark food truck now has an entire lot to itself.

I made my way over thinking I might eat some shark, but as the sunglasses-wearing shark mascot painted on the truck suggests, this truck isn’t about serving shark so much as it’s about serving food a shark might eat. Say, octopus and fish. At least, that’s what I found on my order of the so-called Shark’s tostada.

It’s seven bucks, but it’s really three tostadas in one. No shark, but the pulpo and pescado ceviches are mixed with pico de gallo, red onions, and avocado, some cilantro and a dash of tajin. All stacked so high on a crispy corn tortilla, that it takes two additional tortillas to spread the serving around into manageable bites. Several types of bottled salsa are on hand to provide heat.

My ceviche was mostly fish, but tentacled bits of octopus were peppered throughout, in larger chunks so the slightly chewy texture came through in most bites. I have to imagine some people get weirded out eating such things, but they might get over it for this. While I’ve had the occasional too-chewy pulpo ceviche, this proved right on the money: bright with citric acid, texture supported by firm, flavorful vegetables and salty tortilla crunch.

If you’re reading this thinking, That’s not enough different kinds of seafood on one tostada for my tastes, the woman at the service window mentioned a $10 tostada “Loca”, which adds shrimp, clams, and oysters to the octopus and fish. Crazy indeed.