He left fuming, with company in the red 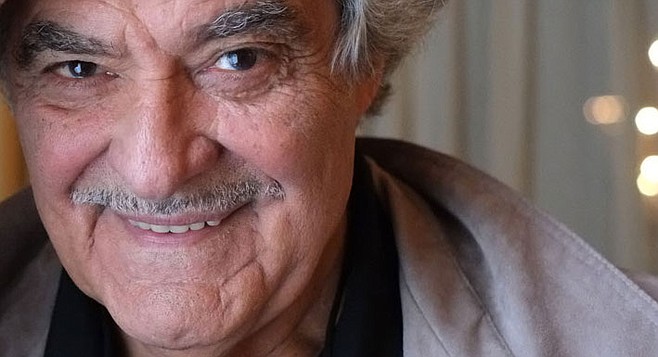 Tito Capobianco, the autocrat who brought San Diego Opera — and the late soprano Beverly Sills — to prominence, died September 8 at Lauderdale-by-the-Sea, Florida, to which he had retired in 2000. He was 87. His wife Elena (called “Gigi”) died in 2011. She had choreographed many of the operas he produced in San Diego. He headed the local company from 1976 to 1983, when he left abruptly. 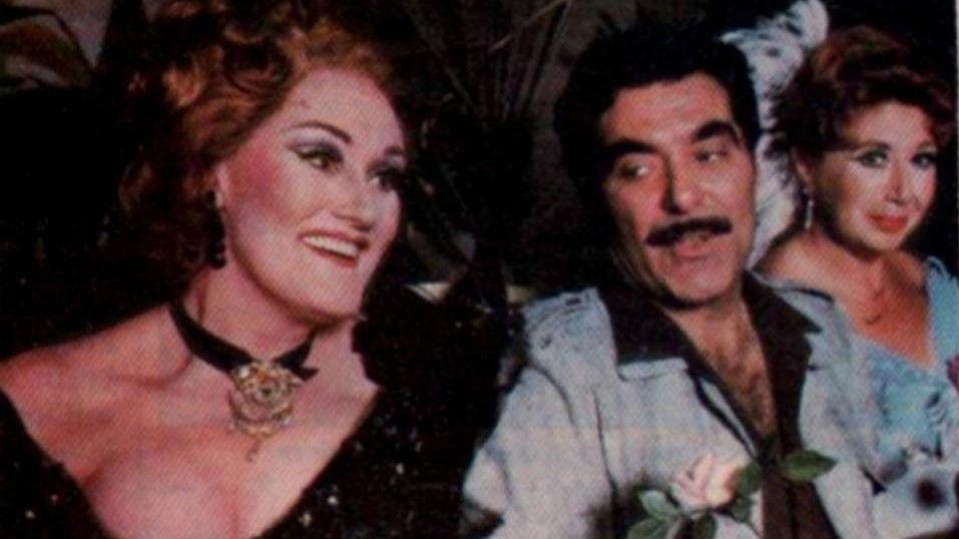 Joan Sutherland and Capobianco. He put on Die Fledermaus featuring Sills and Sutherland.

I know. I was on the board’s subcommittee that was working on his future contract. I was on the advisory board then, not the board, but had been placed on the committee because while on the board I had been such an ardent supporter of him. We were prepared to offer him a good salary for a general director at that time — something around $145,000 a year, as I recall. We had made small demands tied to the contract, such as the hiring of a marketing director.

While negotiations were ongoing, I got a call from Don Dierks, the San Diego Union music reviewer. Capobianco had resigned to take the top post in Pittsburgh, said Dierks. I checked and found it was true. I knew that Capobianco had been tangling with Elsie Weston, the president, who had a background in accounting. She was rightfully concerned about a budget deficit reaching $150,000.

Capobianco had expanded the season from five operas to eight. He had launched the Verdi Festival. Each year in the summer, the company put on two operas by Giuseppe Verdi, Capobianco’s favorite composer. (I remember him saying haughtily that another 19th century composer, Richard Wagner, “wrote about gods” while Verdi “wrote about people.”)

I regret my own stupidity. I would brag that San Diego was putting on almost as many operas as Chicago’s Lyric Opera. I wasn’t taking into account that Chicago’s metro area population was three times larger than San Diego’s.

The story I heard was that somebody in Pittsburgh phoned Capobianco to ask if he knew a candidate to be general director there. He stunned Pittsburgh by saying he would take the job. Thrilled, the city named a street after him. I went to dinner with Elsie Weston, who told me what an ordeal it had been. After the blowup, the board wouldn’t give her a second term. Capobianco had criticized her on television, upsetting some board members who might have backed him. Learning that I had deserted his camp, he called me on a Sunday. He claimed that he was a victim of water torture — “drip, drip, drip,” he said. I wasn’t buying it and the conversation ended.

Capobianco put on some great productions in San Diego: La Boheme that was nationally televised, and Die Fledermaus featuring Sills and Joan Sutherland, although both were fading at the time. Beginning with Handel’s Julius Caesar in Egypt, Capobianco was generally held responsible for popping Sills’ career. Capobianco was replaced by Ian Campbell, who cut the budget sharply, but, he, too, spent too much and abruptly left the company, trying to close it down in 2014. He was unsuccessful in that.

Sometimes we a blinded by our loves. Whether it is art, or a person, we want only to see the good in it or them. We are all human.

JustWondering: In my 30 years of being closely connected with San Diego Opera, there are two examples of my gross incompetence that still keep me up at night. One, as above, I didn't see that the opera had expanded its season dangerously under Tito Capobianco. Some board members saw the great risk, but I consistently defended Capobianco, until he suddenly left and I realized I had been bamboozled.

The second was the absurdly high pay that Ian Campbell paid himself and his wife Ann. Preston Turegano had exposed it in the U-T, but I never said a word, although I was on the advisory board. Campbell promoted his then-wife to second in command, rewarding her with a huge salary. Since they were divorcing some saw it as, effectively, Ian paying his alimony out of SD Opera funds. I did not see that. I should have. Best, Don. Bauder

Campbell fooled a lot of people, or should I say conned? It was all about major money for him, and his behavior was disgraceful.

dwbat: Yes, Campbell's greed and autocratic management style were his undoing. But like Capobianco before him, he put on some great operas. His mistake was concentrating fundraising with the La Jolla/Rancho Santa Fe beautiful people crowd, letting the guilds evaporate, and not expanding the audience sufficiently. When the beautiful people wouldn't give anymore, he decided to close down the company, with the help of long-time donors like Faye Wilson. Thank goodness, some board members resisted, and the opera is on a better footing. The woes are not over, however. One big problem is that the beautiful people have an ego stake in seeing San Diego Opera fail. Best, Don Bauder

Don Bauder: Between the Opera and the Junior Theatre, you are our Don Quixote defending the arts from the unscrupulous in San Diego. Thank you for your service.

swell: But sometimes I feel I am tilting at windmills. Best, Don Bauder

As the song goes, "To dream the impossible dream" is a lofty goal.

dwbat: I had never heard, or heard of, that song until we went to a "Man of La Mancha" at Central City, Colorado, two years ago. Best, Don Bauder