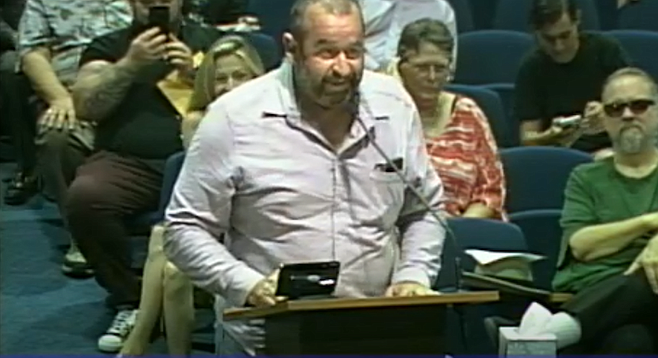 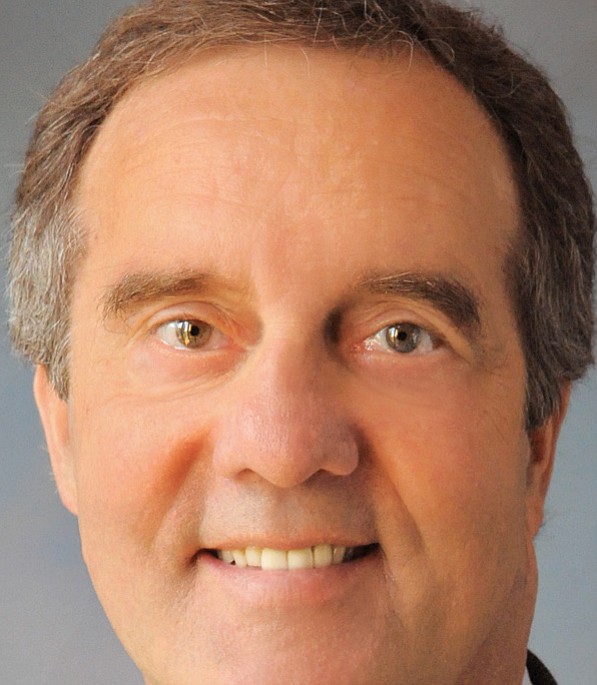 La Mesa's McWhirter undecided on how he will vote on farmers market next time.

At the El Cajon City Council meeting August 14 Democratic activist Mark Lane apologized to the city of El Cajon on behalf of Democrats and pledged to give his full support to Republican councilman Gary Kendrick in his race against former Democrat Ben Kalasho for city council district 1.

“I do want to give some props to Mr. Kalasho. He’s created bipartisan support to get rid of him. Mr. Kendrick you have my full support to make sure he’s not on council. Call on me. I’ll phone bank for you. I’ll walk for you. I’ll raise money for you, whatever it takes,” said Lane. 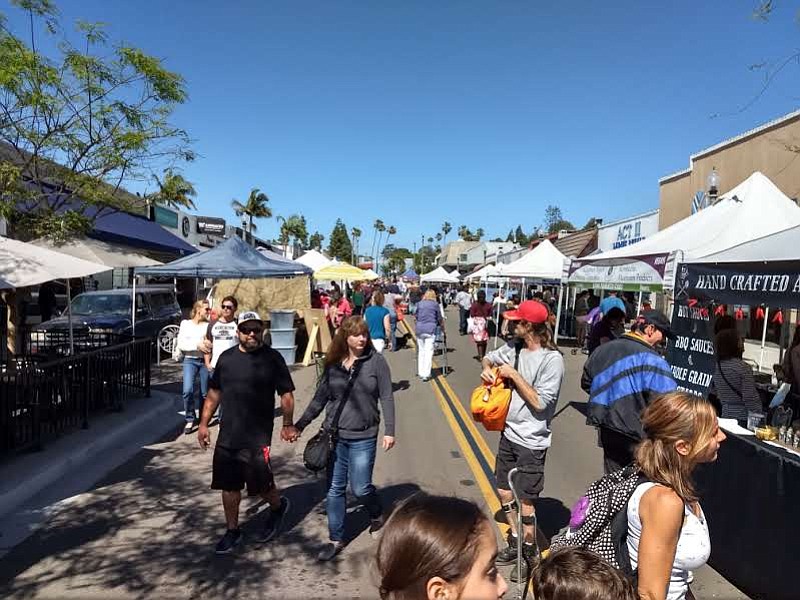 Carol Tolosko, owner of Centifonti’s and Konnichiwa Sushi: "This is the first time I’ve ever had a restaurant completely empty on a Friday afternoon."

La Mesa is one local jurisdiction that still has at-large elections. Many cities and school districts have changed to district elections to avoid being sued under the California Voting Rights Act.

Rather than having one candidate pitted against another and residents of a particular district voting for one of them, all La Mesa voters will vote for two council candidates. The top two vote-getters will fill the two council seats up for election, regardless of party.

She endorsed Myers for sheriff (he lost to Sheriff Bill Gore on June 5,) but says she already endorsed McWhirter and Baber for city council. “I think they’re doing a great job.”

San Diego County Gun Owners endorses candidates primarily on their Second Amendment stance, regardless of party. They endorsed Myers for sheriff for his “rock solid” CCW policy, but like Alessio, they endorsed his Republican opponents for La Mesa city council.

In March the city council voted to approve the La Mesa Farmers Market relocation from the civic center parking lot to La Mesa Blvd between Palm Avenue and Fourth Street. Independent Alessio was the only no vote.

Carol Tolosko, owner of Centifonti’s Bar and Restaurant and Konnichiwa Sushi and Bar, both on La Mesa Blvd. where the market meets, says her businesses have been negatively impacted.

“I like it that the village comes together and people come to the village, but Friday is the wrong day. You don’t take your busiest day of the week and give it away.

“Every restaurant and store on the street is suffering. This is the first time I’ve ever had a restaurant completely empty on a Friday afternoon. I’ve had to cut staff. People go to the Farmers Market then they go home.”

Brian Beevers, owner of Brian’s Farmers Markets, has the contract with La Mesa to operate the market every Friday. He said he tries hard to work with the restaurants on the strip.

“For 22 years farmers and vendors have scheduled their week around Friday farmers markets. It wouldn’t work any other day. We lost tons of people when we moved to the civic center parking lot. After moving to the street we gained three to four times more people.”

He says the market is popular with the community and has brought more people to the area. The market “has a long term role to be iconic for La Mesa and that street is the most iconic in La Mesa. It’s for the greater good of the city.”

The market was given a six-month trial term by the city and will have to be approved again to continue. That vote hasn’t yet been scheduled.

McWhirter says, “I am very happy with the farmers market. Vendors love coming here. One told me they have three times as much business as any other market they go to. However, we have to be aware of the concerns the village merchants have. Partisanship doesn’t belong in city council. We need to do what’s best for the community.” He says he is undecided on how he will vote next time and is open to gathering more feedback from the community.

Weber says, “While the Village is a great choice, input from the impacted community and businesses prior to the move would have been ideal. My hope is that the council begins to seriously engage the surrounding neighborhoods, residents and businesses in the Village now to see what improvements can be made and not wait until the 6 month trial period is over.”

I couldn’t get any candidate to take a firm position. Baber did not respond to a request for comment. Myers asked for my phone number. I gave it to him but he did not respond with any comment.

Mayor Arapostathis is also up for reelection this November but he does not have a challenger.

That is probably the funniest think I have read all week. But maybe, to be fair, Ms. Alessio recognizes that all the council members will shake hands across the aisle when it benefits them all.

As far as the Farmer's Market, It'd be nice to know if the folks supporting it will fake the surveys that they turned in to the City Council staff last time. A good look at them showed that someone did all the heavy work of circling all the correct answers and then fitting in the names and partial addresses of folks.

Let me get this right. The Farmers Market blow into town every Friday on one of the busiest, Saturday being the other, afternoon/evening of the week destroying the restaurant business on the two blocks they use. The businesses that are impacted are here 365 days a year pouring money into the City coffers and yet the Silly Council allows a bunch of carpetbaggers to squat in two of the three busiest blocks in the Village. Does the Farmers Market really generate more money for the City than the businesses? I have been to the Market and the prices are no deal. Same produce/products can be had at area grocery stores. The City turning their backs on local businesses to accommodate fly-by-night "farmers" from who-knows-where seems wrongheaded to me.