Drums with her feet

"I try to be mindful and musical at all times.” 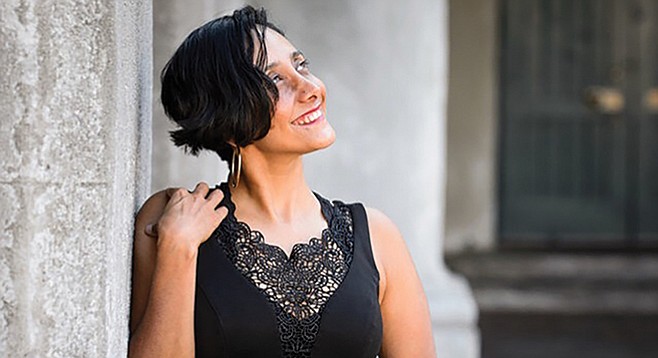 Claudia Gomez can trace her career path down to genetics and the fortuitous screening of a PBS documentary back in her early childhood. “My mom and my grandmother were both professional dancers down in Mexico,” Gomez explains. “My mother had a steady gig at the Rosarito Hotel and she put me in Ballet Folklorico classes when I was really young, so the concept of percussive dance goes way back for me.”

While she was still learning English, Gomez chanced upon No Maps For My Taps a history of the art form on the local public television station. The star of the film, Bunny Briggs, would eventually become an important mentor for Gomez.

“I saw that movie when I was six years old and I knew this is what I wanted to do. Watching these masters tell their stories and perform to live music blew my mind and I was hooked forever.” 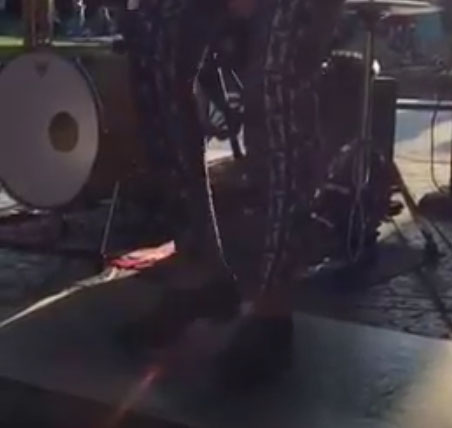 Gomez enrolled in tap lessons, and became serious enough about learning her craft to head to New York in the early 2000’s. “I lived there for a few years — that’s when I learned how to improvise and sit in with jazz musicians. At that point, I realized I should move back here and I started making connections with people like Gilbert and Lorraine Castellanos and other people that I still play with. There weren’t a lot of other people doing this in San Diego.”

She acts as the primary percussionist in the Besos Jazz Trio with Evona Wascinski and Beston Barnett. “It’s not just a visual thing. I don’t just smile and throw my arms out, my feet are generating the rhythm, and I have to keep a reliable beat. I try to be a mindful and musical at all times.”

Mindful and musical sounds pretty Zen, and sure enough, Gomez just received her certification as a yoga instructor two years ago, although she’s been practicing since she was a kid — once again thanks to PBS — the only channel her parents allowed her to watch. “I used to stand in front of the television mimicking the poses on Lilias, Yoga and You,” Gomez recalls. “I think they are all connected: yoga, meditation, and dance. Being centered has helped me be a better dance teacher as well.”