Imperial Beach is a food desert 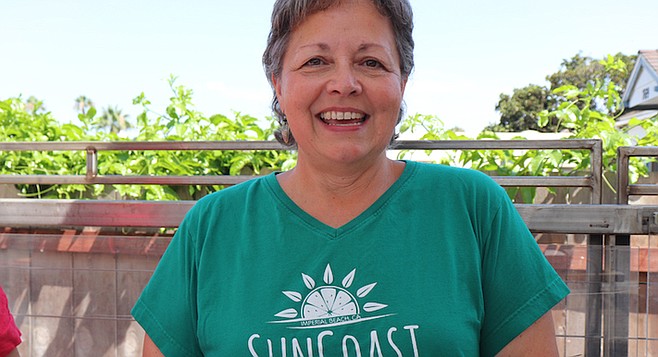 Back in 2013 Wally’s Marketplace, located in Imperial Beach, carried outdated and expired food on their shelves. Two years later, the nearby Save-A-Lot—run by the same owner—sold a customer 90 pounds of spoiled chicken, sparking angry protests outside the store. 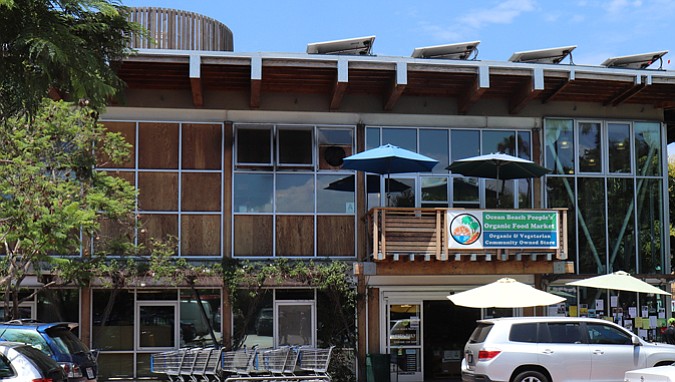 The incidents confirmed in the minds of residents that Imperial Beach was a food desert. The USDA defines the term as having at least 500 people or 33 percent of a city’s population reside more than one mile from a large grocery store. In an interview, board president Kim Frink and board vice-president Shannon Ratliff of SunCoast Market Co-op explained that even when a grocery store exists in an underserved neighborhood, it often provides poor quality food.

Frink said that Wally’s Marketplace went out of business, “but of course a full-service or natural foods grocery store didn’t come into their space. We’re getting a Dollar Tree.”

Imperial Beach covers 4.4 square miles and has a population of about 27,000. According to data from 2010, about 49 percent identify as Hispanic and the median household income is $52,000.

Ratliff noted that the city has three 7-Elevens, but only two grocery stores: La Posta and Grocery Outlet Bargain Market. Ratliff said, “It’s a money problem… Communities that are primarily people of color and lower income do not have access to full-service grocery stores. In a lot of ways, they’re considered undesirable from a financial perspective.”

Unsatisfied, some residents started a movement called “Bring Trader Joe’s to IB” in 2015 hoping the store would open inside a new retail development at 9th and Palm Avenue. The mayor and city manager got involved, trying to entice the grocery store to the city. Those plans fizzled. In a phone interview, city manager Andy Hall explained that IB didn’t meet Trader Joe’s formula, which includes certain demographic and density requirements.

Ratliff said that’s when her group realized “If we want something, we need to do it ourselves.”

They reached out to Ocean Beach People’s Organic Food Market, asking for help on how Imperial Beach could erect a similar food co-op. The OB market, which has been in existence for over 45 years and has been profitable, is the only food co-op in San Diego County.

With their advice, from 2015 to 2017 volunteers from the IB, including Frink and Ratliff, set up their own corporation, established a nine-member board and created their name. They conducted a feasibility study, surveying 430 people. They found that 73 percent did most of their grocery shopping outside their neighborhood.

“That’s a lot of time and money people are spending to drive to other places like Sprouts, which is seven miles away,” Frink said.

SunCoast’s biggest hurdle is finding owner members. Frink says their food co-op needs about half the money coming from the community, so in order to open a grocery market SunCoast must find enough owner members to pay the $200 buy-in fee. Members then own shares of the co-op and can vote on decisions. Frink explains, “We’ll need about 500 owners before we start looking for a location… We’ll need about 1,000 owners before we open.”

So far, SunCoast only has about 220 owner members.

Both Frink and Ratliff hope the space will be about 4,000 square feet. Although the location is still unknown, they note that Imperial Beach is cleaning up its worn buildings and empty lots.

Good luck to IB. The OB store is in a close community with a strong sense of identity. They have their own long established newspaper that keeps everyone informed of threats to their lifestyle. They work together to keep out corporate chains and maintain their casual environment. Does IB have similar qualities?

Although O.B. and I.B. share some things in common (we’re both awesome beach communities!), there are many differences. One of the cool things about co-op markets is that each is unique and reflects what their community needs and wants. A co-op really is a business that is by the people, for the people and SunCoast is working hard to engage all of I.B and surrounding communities in this process. It’s also important to note that we don’t want to compete with existing retailers. We think that residents deserve MORE neighborhood shopping options so that they don’t have to drive out of town to buy some, or all, of their groceries.