How to use environmentalism to your advantage 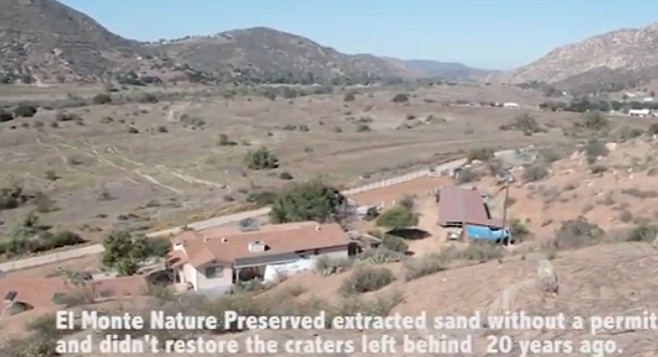 After two years of delay, the County of San Diego just published a subsequent Environmental Impact Report and the reclamation plan for the sand mining project proposed for El Monte Valley in Lakeside. 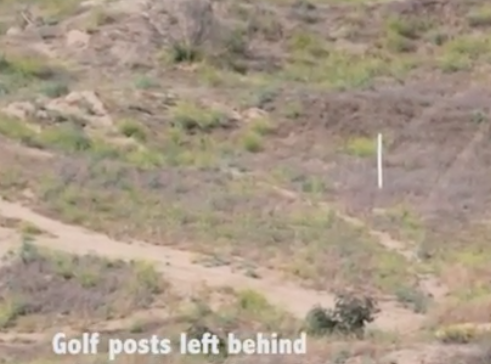 It all started in 1997 when a golf company leased the land from owner Helix Water District to build a golf course. Without a permit, El Capitan Golf Course, LLC started digging for sand for a year until the County caught up with the operations and tried to stop it. The golf course company partnered up with environmentalist Michael Beck, current chairman of the San Diego Planning Commission, and changed its name into El Monte Nature Preserve, LLC claiming that mining for sand was part of the restoration project and sued Helix Water District for blocking it. The land was never restored. Both companies reached a settlement in court in 2014, when three out of five of the Helix Water District board members voted to sell the land to the nature preserve for $9 million; the sand was appraised at $2 billion. In the meantime, the preserve applied for a sand mining permit. 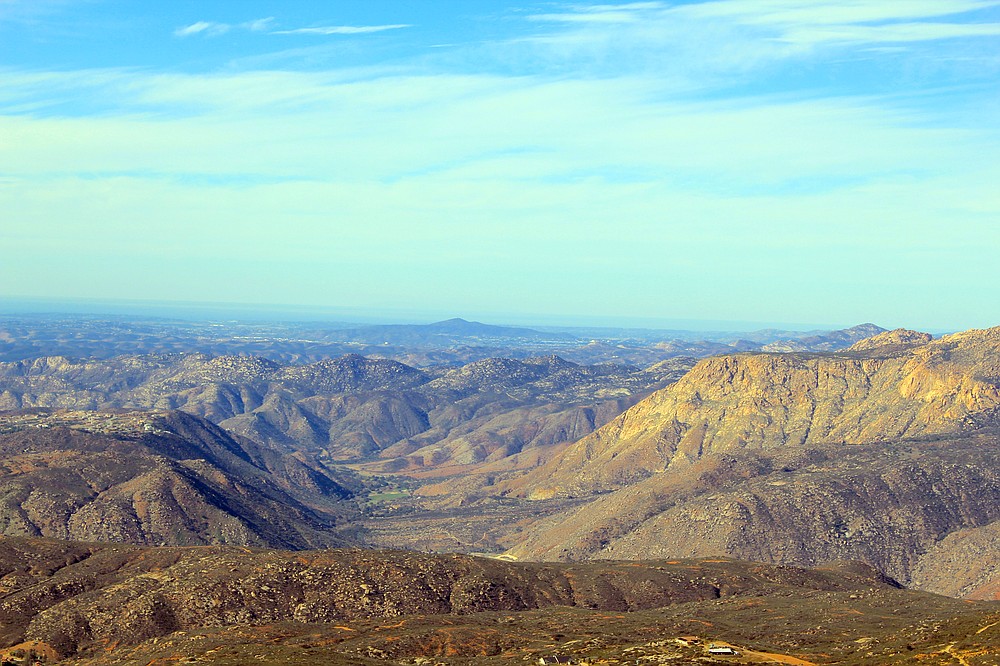 The current plan proposes extracting 12.5 million tons of sand to a depth of approximately 41 feet on almost 480 acres of land for the next 12 years. 157 trucks will be hauling materials in an out every day between 7:00 am and 5:00 pm, Monday through Friday. The plan proposes restoration of the area after each phase of the planned extraction. 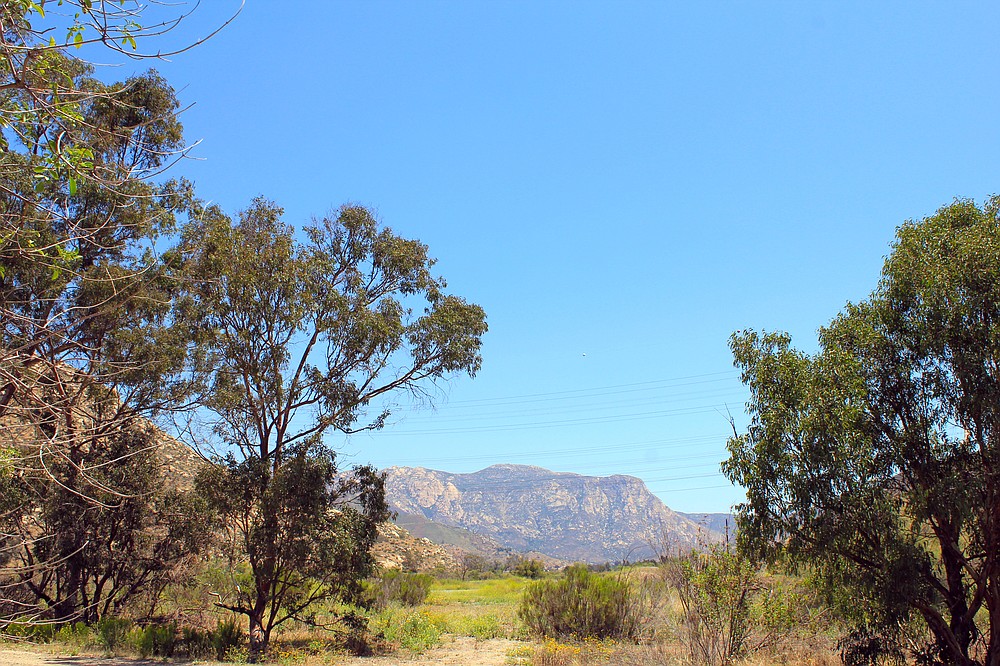 El Monte Valley sits on the third largest aquifer in the county and people are worried the sand mining will destroy it via extraction and pollution. Valley residents will lose access to their wells; Helix Water would connecting thomes to the city water. 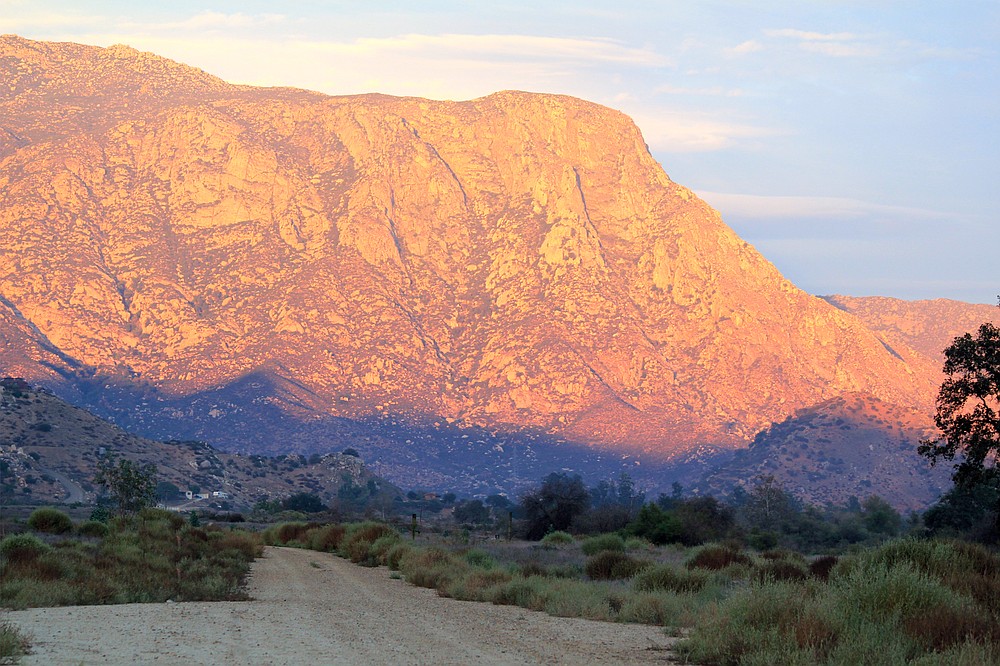 Locals worry about the Valley Fever, a fungus in the sand. The fungus spreads by wind (think Santa Ana conditions). The sand miners claim they will use water to keep the sand wet every day. The preserve doesn’t own the underground water and will have to outsource to a provider.

There is one paved road out of the valley, two-lane El Monte Road leading to El Capitan Water Reservoir; the road connects over 200 residents to the town. Locals claim that almost 160 trucks on the road every three minutes every day, five days a week, will create a significant impact on the traffic, especially because four more large projects are planned in the area.

According to the United States Geological Survey, there are more than 23 glossysnakes in the area plus Least Bell’s Vireo, California gnatcatcher, golden eagle, bald eagle, and Quino Checkerspot butterfly found nowhere else.

El Monte Valley is sacred Kumeyaay land; a member of the Barona Tribal Council claims there is a documented burial site few feet away from the proposed sand excavation.

Some residents have requested that county supervisor Dianne Jacob ask for Michael Beck’s resignation due to conflict of interest. Beck has two environmental organizations involved in restoring sand mines at Hanson Pond in Lakeside, Endangered Habitat League and Endangered Habitat Conservancy. Beck is purchasing land through one of these non-profits with grants, public funds and donations and is using the other to restore land. Beck has partnered with El Monte Nature Preserve to secure the contract of the restoration post-sand extraction.

Another key player is Robin Rierdan of the Lakeside River Park Conservancy, a local non-profit financed through public grants and donations that is operating by a similar model as Beck’s, as this was his former place of employment. Rierdan proposed digging for sand in 2008 as part of a “flood control plan” that didn’t go any further. Her organization has been working to restore and preserve two sand mining projects in the riverbed in Lakeside: part of the Walker Preserve and Hanson Pond (owned by Beck). After initially claiming neutrality in the matter, Lakeside River Park Conservancy gave in to public pressure and published a statement few years ago stating they oppose the sand mining project in the valley, in the meantime receiving millions in grants to restore Beck’s property at Hanson Pond. A county official said Rierdan is inquiring about being involved in the restoration of the El Monte Valley.

Although both Walker Preserve on the Lakeside and Hanson Pond were designated for public access (fishing at the River Park and multi-use trails at Hanson Pond), neither Rierdan nor Beck are allowing that to happen on the properties they own or manage. The valley is one of the last destinations for horse riding in the county and the trails in El Monte Valley are proposed to be included in a regional plan meant to connect Julian to the Pacific Ocean, going through Lakeside.

One entity that could have an impact on the final resolution hasn’t spoken yet. The City of San Diego owns the pueblo rights for the aquifer.

The county supervisors will make the ultimate decision. Beck and Rierdan have organized fundraising campaigns for Supervisor Dave Roberts and Dianne Jacob.

The community is invited to participate in the public meeting scheduled for September 25 at the Lakeside Community Center, starting at 5:30 pm.

This is a MASSIVE scandal. The same people illegally mining $2 billion worth of sand were rewarded for their theft by being allowed to buy the same sensitive public land for $9 million? And this scam involved (and still involves) public officials with direct financial benefit over decisions made about the property?

This is so blatantly corrupt it's ridiculous, and the CA attorney general should step in to void the sale, or at least enforce the environmental, tribal, and other protections which would make this scheme worthless. Because make no mistake otherwise—this whole area will be raped and scraped for sand, leaving nothing but a wasteland behind.

Thank you for your feedback. You can go ahead and write the AG about this and attend the public meeting on the 25th.