That time the affordable sushi didn't sell out

Prices already too good to be true 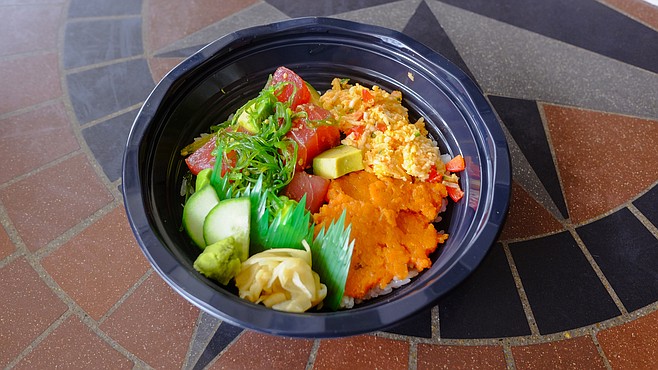 The man had a problem that I could help solve. And all I had to do was eat good, well-made sushi at a bargain price.

I’d shown up to Yoshino Japanese Deli, late, like I always seem to do. The locally beloved fixture of Carlsbad Village closes in the early afternoon, at 1pm, or maybe 2. Really, whenever chef/owner sells out of his slim assortment of maki rolls and poke bowls. 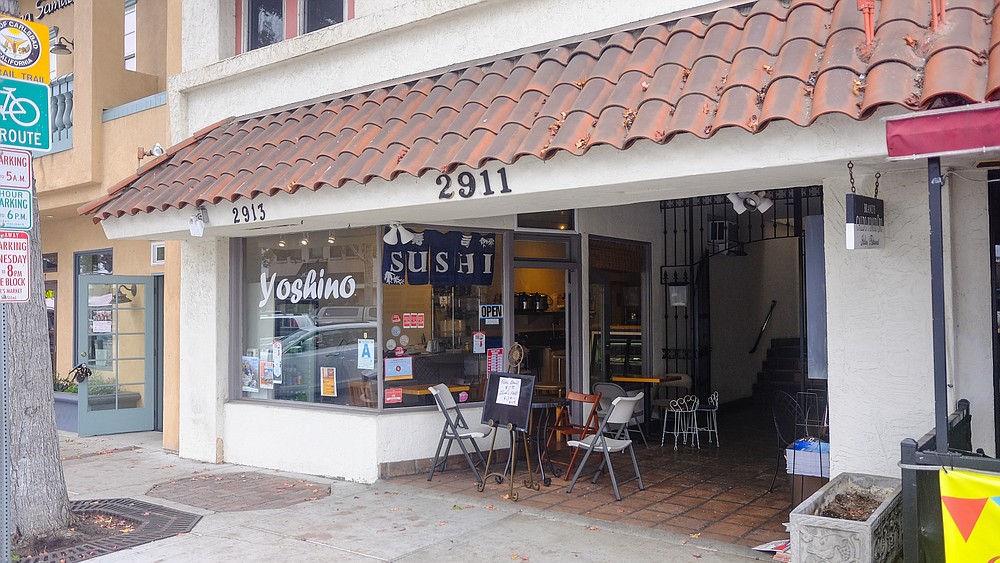 On this afternoon, I got lucky. Here it was nearly 2:30, and instead of the familiar shut-up storefront, I saw him bustling around inside the tiny sushi deli, with the door open. He hadn’t sold out yet. And he seemed in a dealmaking mood.

One of the reasons Yoshino’s sells out often is that its prices are pretty incredible for what you get. Simple maki rolls go for $6.50, and the especially popular poke bowls $8.50.

You can call them poke bowls, you could call them donburi or chirashi. They’re made with a base of sushi rice, topped by an assortment of fish and garnishes. The one I grabbed featured ahi tuna sprinkled with sesame seeds, spicy crab, and spicy tuna; along with avocado and seaweed salad. It comes in a plastic bowl with a clear plastic lid.

Sitting inside Yoshino’s glass counter, alongside similarly packaged maki rolls, it resembles grocery store sushi. Except this is way better, and cheaper.

I don’t want to say how much cheaper, because the guy was a motivated seller this afternoon, and gave me an exceptional price. But I didn’t pay anything close to $8.50 for that poke. I can say the sushi rice had that lovely rice vinegar tang, and the spicy seafood salads had some legitimate kick, a fine antidote to the overly sweetened bowls served by the faddish spate of fast casual concepts named Poke [fill-in-the-blank].

Of course, the maki was even cheaper. But even at Yoshino’s regular prices, it’s well worth grabbing and going. I’m not saying we should all show up at 2:15 and hope Yoshino had a slow day. But if you happen to walk by some afternoon, and spot a sushi chef eager to sell out of food so he can close for the day, help the man out, and eat some cheap seafood.