Our own trailer park talent 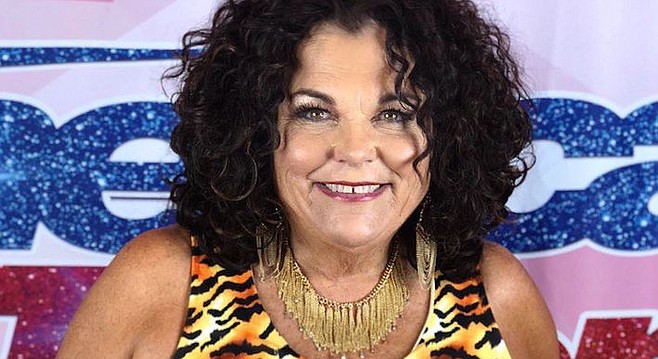 It’s been one month now since Oceanside comedian Vicki Barbolak appeared in the live final round of America’s Got Talent. Although she missed out on the one-million-dollar prize placing (she placed sixth out of the ten finalists), her life has changed dramatically. 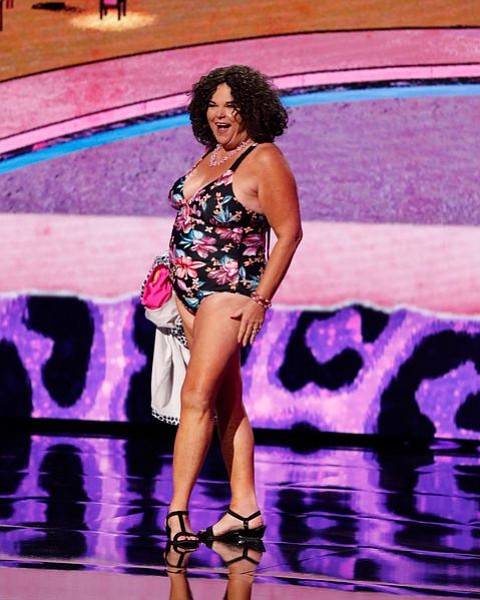 "I wanted to be wearing a bathing suit."

I caught up with her by phone on October 18, as she was driving up to L.A. for a meeting with producers about a possible sitcom. America’s Got Talent executive producer and judge, Simon Cowell, had mentioned on the air maybe wanting to work with Barbolak on a sitcom. “That hasn’t happened yet,” she said.

For 20 years, Barbolak has been performing her Trailer Park Trophy Wife shtick in comedy clubs where she could get booked. She appeared as a regular at the La Jolla Comedy Store, where she met her husband of 13 years, Lou, the club’s piano player.

What did she think about before her final TV performance at Hollywood’s Dolby Theater? “I didn’t sleep the night before because [during her act] I wanted to take off my dress and be wearing a bathing suit,” she said.

Two minutes before going on stage, the producer said if she was going to do it, she needed to put a scarf over certain areas of the suit. “So I’m trying to roll up the scarf to wrap around me, and just before I go on, the producer says ‘Go for it. Do it.’”

Barbolak lives in the Rancho Calevero Mobile Home Park off Emerald Drive in Oceanside. She says the attention has not brought out any weird people or haters, though the name of the park was mentioned on the show.

The funny portrayals of those in her park, shown in the final show’s video package highlighting her town, are non-fiction. “We had a ‘Trailer to the Stars’ night,” she said.

She says her career did change instantly. She is booked across the country and won’t be performing in San Diego until February, 2019. She will be appearing on a spinoff airing in January, What Ever Happened to America’s Got Talent Champions?

“People will send me mail just addressed to the trailer park,” she said. One letter “was from a woman that said she was going to commit suicide because she was so fat. Then she saw me on TV, fatter than her, wearing a bathing suit."