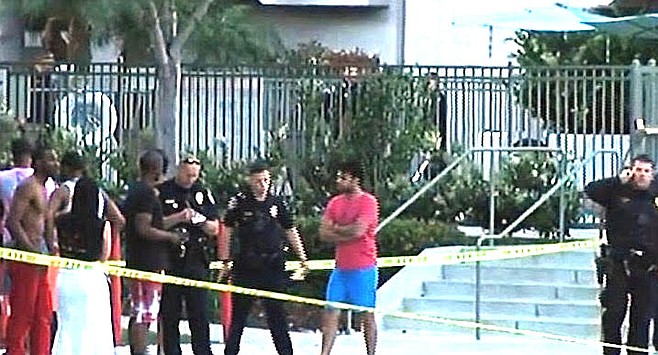 Local development giant H.G. Fenton, battling against the incursion of proposed SoccerCity into the Mission Valley real estate franchise it shares alongside burgeoning Sudberry Properties, has spent a total of $1,502,865 this year as of October 10 to oppose the project, according to data maintained by the San Diego city clerk's office. 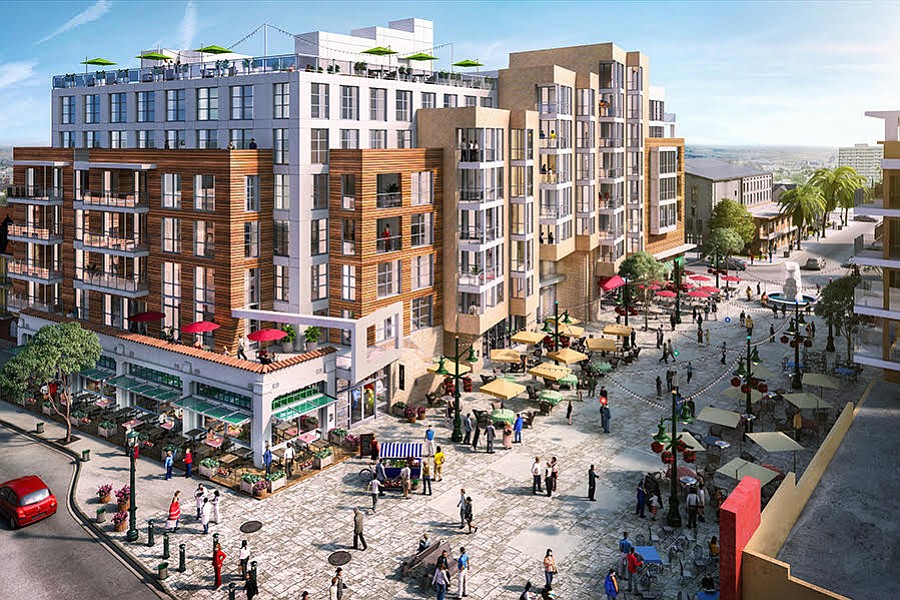 A one-bedroom apartment will be around $2,900 a month at Fenton project (Vici) on the site of the former Reader building in Little Italy.

$50,000 of Fenton's money has gone to Friends of SDSU, Yes on G, a committee backing the turnover of the city-owned former Qualcomm stadium site to San Diego State University. The balance has been given to Public Land, Public benefit, No on E, opposing SoccerCity's bid to assume control of the property by a group of La Jolla investors.

But that's not all of the big-time political spending being done by the builder to protect its sprawling county-wide leasing empire, which includes 14 apartment complexes as well an eclectic inventory of commercial space, including what the company calls Brewery Igniter, targeted at beer-making millennial start-ups. 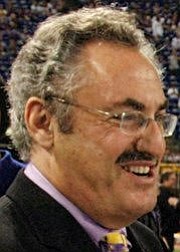 Zygi Wilf. A separate No on 10 committee got $10,000 from Stuart Posnock. Posnock is in charge of the San Diego operations of N.F.L. Vikings owner Zygi Wilf.

"A series of turnkey brewing facilities," explains the firm's website, "each Brewery Igniter space features state of the art, fully functional brewing systems and tasting rooms that entrepreneur brewers can use to reduce their upfront capital investment and get their beers on the market and into glasses sooner."

Living the good life in Fenton-owned residential complexes isn't for low-end renters. "Vici’s average asking rent for a one-bedroom apartment will be around $2,900 a month when it opens July 1," per a May 18 Union-Tribune account of a new Fenton project on the site of the former San Diego Reader building in Little Italy.

"H.G. Fenton also constructed another smaller apartment building, with 28 apartments, called Amo, on the other side of the piazza where the average asking rent is $2,513 a month, according to CoStar. The company said it staggered the two buildings’ heights to avoid a canyon-like feel to the piazza.”

With that kind of coin on the line, it has come as no surprise to political insiders that Fenton and other San Diego apartment-owning behemoths have committed major dollars to defeat November's Proposition 10, a measure to do away with state limits on local residential rent control laws.

Fenton weighed in against the measure on September 21 with a $250,000 contribution to a committee called No on Prop 10; Californians for Responsible Housing. The county's biggest residential landlord, R & V Management, gave $500,000 to the same group in August, and Fairfield Residential Company, another locally based apartment owner with more than 43,000 units nationwide, per its website, came up with $100,000 in June.

A separate No on 10 committee got $10,000 from Stuart Posnock and affiliates on September 17. Posnock is in charge of the San Diego operations of New Jersey-based Garden Communities, an asset of N.F.L. Vikings owner Zygi Wilf and family. In April 2017, Peter Selis, a former Posnock in-law, went on a pool-sidekilling spree at the company's La Jolla Crossroads apartment complex where he was a resident.

Backing passage of the measure with an October 10 $25,000 contribution to Make Housing Affordable, Yes on 10, is the ACLU Foundation of San Diego and Imperial Counties, state records show.

What a story! Developer and landlord Fenton spends a million and a half bucks to try to sink Prop E Soccer City and a quarter million more to kill off Prop 10 Rent Control. For sure I'll be voting Yes on E for Soccer City and Yes on 10 in favor of allowing Rent Control.

(I feel sad every time I drive past the huge blocky building Fenton built on India Street where the modest two-story Reader and its parking lot used to be. A perfect example that not all change is good.)

Well, I don't feel sad. The no-vehicle plaza looks great, and reportedly the ground floor eateries are excellent. The rents in that building are sky-high, but that's typical of Little Italy. Overall, I think it's much better at India and Date than before.

The problem is not the cost of housing (rent, ownership) but the low wages paid workers.

HG Fenton must have financial interests in SDSU expanding into the Qualcomm site and do San Diegans only want to be known as a college town? I don't think so. Soccer City is multi purpose, requires no local taxes to develop and will provide San Diego worldwide visibility.

As for Prop 10, let the free market dictate rental prices. San Diego is one of Americas finest cities and Government control of rent will turn it into one of Americas worst cities.

San Diego is much more known for its tourism, beaches, huge military presence and pharmaceutical industry. Nobody ever said expanding SDSU will make San Diego a "college town." That's sheer nonsense. SoccerCity is just a repugnant land grab. As for rent control, there wouldn't be a proposition if landlords had not become so greedy in recent years. In spite of what Gordon Gekko said, greed is NOT good.

brings up the unanswered question, why does SDSU need a high value real estate location to educate ?

Actually, it HAS been answered before. SDSU needs a large space to expand because they are still growing in enrollment. What better location is available?

lots of vacant land in the east county

Rent control solves nothing, especially in the long term. It might be appropriate in certain places at certain times to deal with temporary rent abuses. Anything beyond five years just makes things worse. San Francisco has had rent control with various degrees of limits on rent hikes for forty years, mas o menos. It still has a problem of high rents and limited supply. Rent control does bring distortions to the rental market. Anyone, and there are not just a few, who has occupied the same apartment or house in SF since rent control was imposed has a huge bargain compared to the open-market price for a new rental. That keeps those who have those lower rents from moving, even if they would want to go elsewhere. To move would have a big cost impact, and for many it just would not be worth it. It also keeps single persons in units that could and should accommodate multiple tenants. If you don't want to share the place, and it is cheap, why get a roommate? So, it ties up the existing supply and keeps new arrivals out or paying very high rents for the small supply of vacancies.

If rent control didn't help, why do cities do it? Just to annoy landlords?

I realize you're being sarcastic. Rent control has a cultural and community value to it as well which is (definitely in the long term) much more beneficial than developers' dollars. Giving housing opportunities to more people sends gives a sense of ownership, of being a stakeholder in your community thus building bonds, opening lines of communication, and appreciation of race, ethnicity, class, experiences. If you have neighborhoods that are comprised of varying peoples then people have a broader picture of life. But no, San Diego lacks "community" already and will continue to be dominated by financial and military elites. Good bye San Diego.

Cities adopt rent control when there are many rentals occupied by many tenants and when there are few landlords. San Francisco and Santa Monica were like that in the late 70's and early 80's. We had punishing inflation and for a consumer who was also paying rent, it was pinching. The landlords were raising rents based on their own increasing costs, such as property taxes, and tenants wanted relief. They voted their own pocketbooks when they went for rent control, and in the short run at least got some relief. They weren't concerned about the longer run effects that would not be felt for many years.