No lagers made there yet because of water filtration 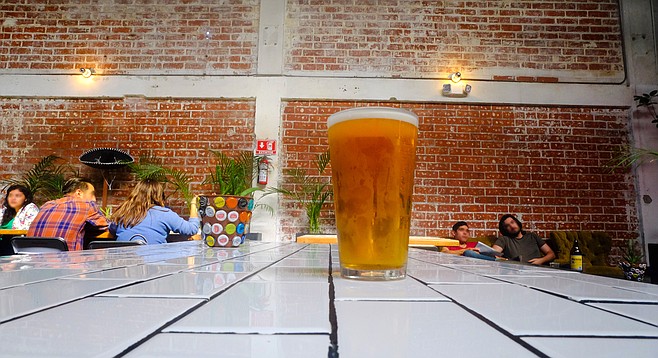 When I bump into SouthNorte brewer Ryan Brooks, he’s covered in dust. The result of milling grain before a brew day, he explains. We’re on the patio of the Coronado Brewing tasting room in Bay Park, out of which Brooks founded SouthNorte Beer Co. one year ago, and where he still makes SouthNorte beer for a U.S. market.

But that’s not where he wound up covered in dust. That happened at SouthNorte’s new brewing location, in Tijuana. 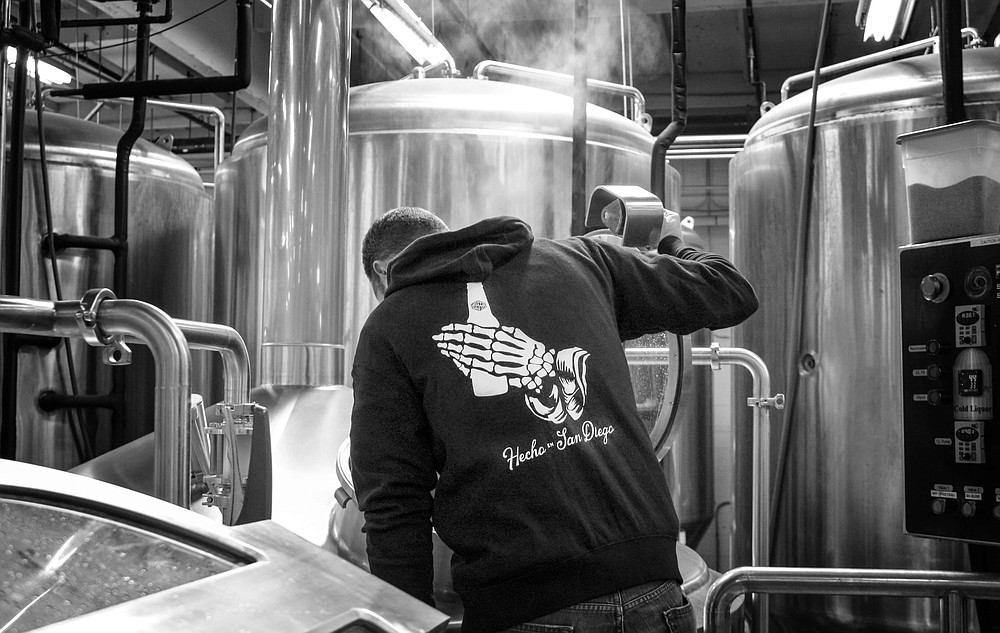 Last month, SouthNorte became the first contemporary San Diego beer company to establish a permanent presence on the Mexican side of the border, when it took over the brewhouse built by stylish street food destination, Telefónica Gastro Park. At the time it debuted, SouthNorte offered hints it might pursue brewing options in Mexico someday, but wanted to focus on opening its own brewhouse in San Diego. However, after a couple of potential locations fell through, the opportunity to set up at Telefónica became too attractive to pass up.

Telefónica started out in 2014 as one or two food trucks doing business on an empty lot each day, and grew in size and popularity to such an extent that it was having to turn trucks away. Last year it moved into a more developed location, where a handpicked assortment of food trucks and stalls encircle an outdoor patio. A brick warehouse building offers additional dining space around a central bar serving a lengthy list of Mexican and American craft brews.

It's behind that bar that the 10-barrel brewhouse sits, and its dust-spewing mill. Telefónica founder Antonio Gamboa says it was originally intended for development of a house beer brand, called Lyrica, but thinks having Brooks and SouthNorte take it over will benefit everyone involved. “Having Ryan here brewing on our system is great,” he says, “not just for us but the people of TJ. They’re getting bad ass beer!”

While the core SouthNorte lineup brewed in Bay Park does now pour south of the border, the beers Brooks produces in Tijuana, stays in Tijuana. San Diego beer fans wishing to try this different set of brews will have to ready their passports.

When I meet up with Brooks again at Telefónica, he’s finishing his sixth brew day there, mindful that he’s brewing for an audience with subtly different palates than drinkers in San Diego. For example, while hoppy beers in the 7-percent alcohol range dominate north of la frontera, “Sweeter works really well down here,” he says, “Porters, brown ales, stouts: chocolaty beers. And most things under 6.5 percent.”

Lagers sell well in Mexico, but for the moment, SouthNorte will supply Tijuana’s taste for Sea Señor lager by importing from San Diego. “There’s no [water] filtration here, so I couldn’t make a lot of the lagers as bright as I could make them in the U.S.” explains Brooks, “It took me three years to do that Sea Señor lager… I’d hate to make a product that is sub par down here.”

Now that he’s adjusted to work on the quirks of the Telefónica system, Brooks has started lining up collaboration beers with brewers from both nations, including a brewery from Monterrey, Mexico that will furnish ingredients indigenous to his region. Such use of ingredients is a common theme for SouthNorte, which just released a first anniversary beer, dubbed Aniversario 1, brewed in coordination with acclaimed Baja chef Javier Plascencia. The dry saison features Mexican honey, the traditional Mexican herb espazote, and finished with cilantro in a process similar to dry hopping.