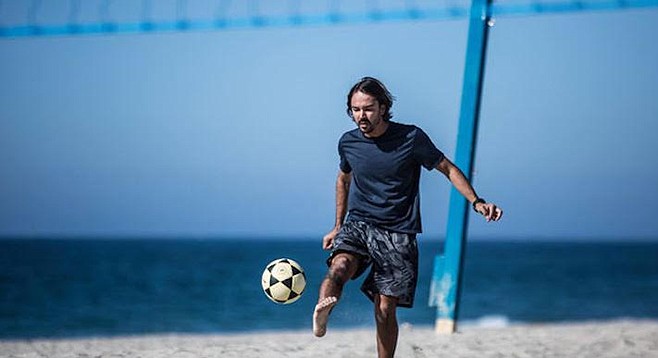 On September 6, I saw a group of guys volleying a soccer ball back and forth over a net – on a sand-volleyball court. They were feet away from the playground and water at Bonita Cove which is across the street from the Giant Dipper Roller Coaster. 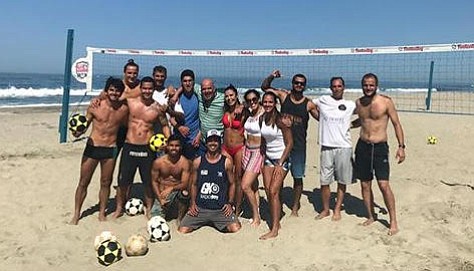 Romaneli started the rally by kick-serving the ball over the net; his opponent on the other side received the ball with his chest then his partner kicked the ball back over the net to Romaneli's side. Romaneli headed the ball so it was set close to the top of the seven-foot high net; his buddy then sorta bicycle-kicked it over. The two opponents couldn't save the ball quick enough and it landed in the sand. 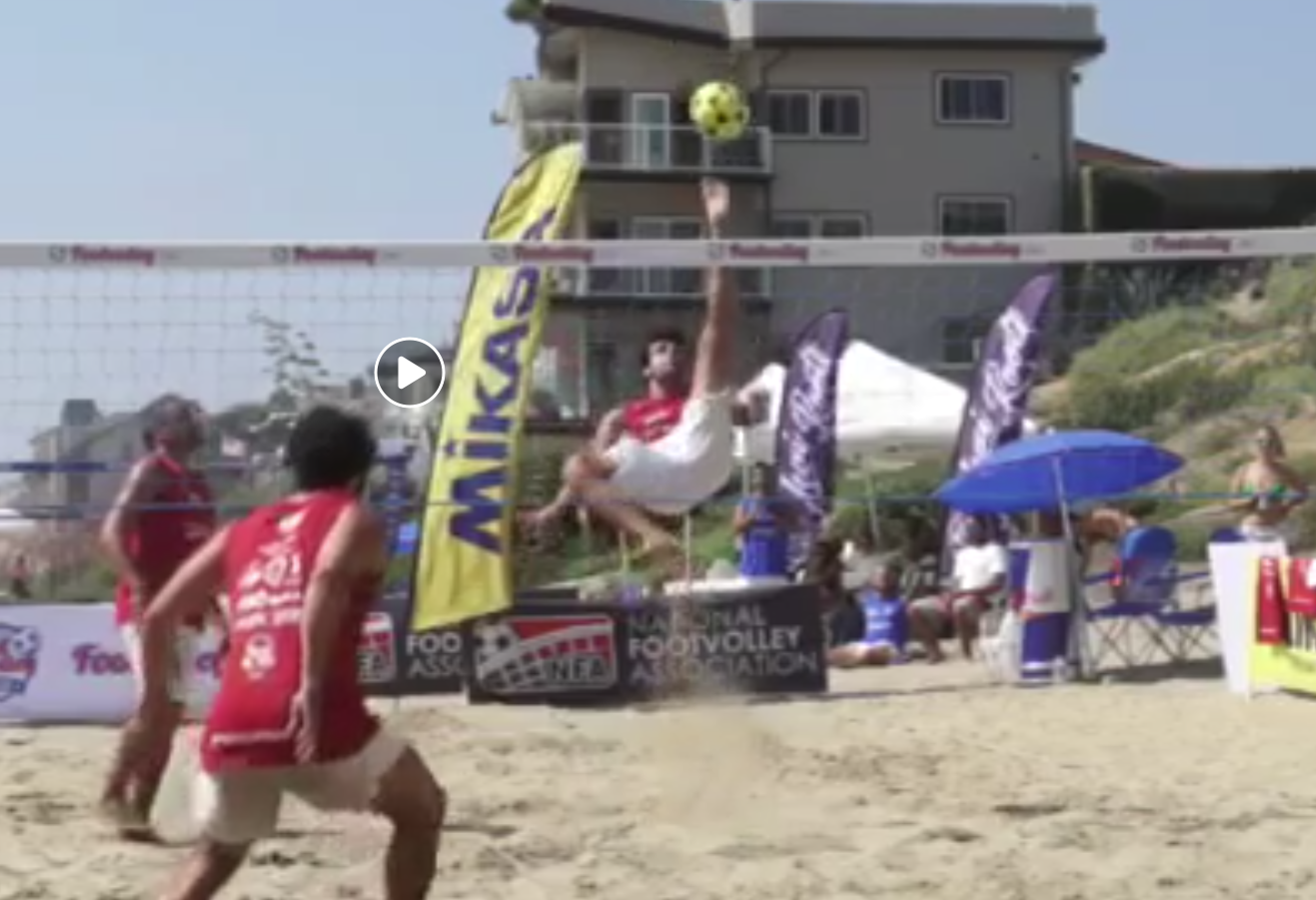 "We use the chest mainly."

"That's a point [for Romaneli's team]," said one of the guys watching.

"The hardest maneuver in footvolley is also the most important one – is the chest," said Footvolley Club's co-founder Daniel Gaspar. "We use the chest mainly to receive the serve and to set the ball. To use the chest properly, it's important to have good ball timing, positioning and proper bending of the knees. It may be hard on the beginning, but once you learn it it feels natural afterwards."

Gaspar, 33, emigrated from Rio de Janeiro, Brazil in 2010; Pacific Beach is his new home. "In Brazil we have many professional players that dedicate their career to the footvolley sport," he said. "It was exhibited in the 2016 Olympics in Rio de Janeiro as a potential olympic sport."

The object of footvolley is to score more points than the opposing team; Gaspar and his friends play to 18 points. To score, each team (of two players per side) attempts to send the ball over the net to ground the ball within the opposing team’s court. Each side is allowed up to three hits per turn and a player is not allowed to hit the ball twice in a row. Aside from using the chest, players can use their feet, knees, head and shoulders to set up the next shot or send the ball to the opponent's side. Hands and arms are not allowed to be used during a rally and is considered a fault. The rally proceeds until the ball touches the ground, goes out of bounds or a player commits a fault.

"Since I moved to San Diego," Gaspar said, "I had a hard time finding players because the game is still a new sport in the U.S. So me and my friend/business partner, Erick Kretzu, started to teach and coach people that were interested in learning so we could play some games, and that’s when the idea of starting the Footvolley Club began."

Last month, Gaspar, Kretzu and other members of Footvolley Club hosted the Footvolley Cup San Diego at Frazee Beach in Carlsbad. "The tournament was one of the stops of the National Footvolley Association tour. This was the first time that San Diego hosted a footvolley tournament and we had over 60 players."