Not done with Clairemont and strong mayor 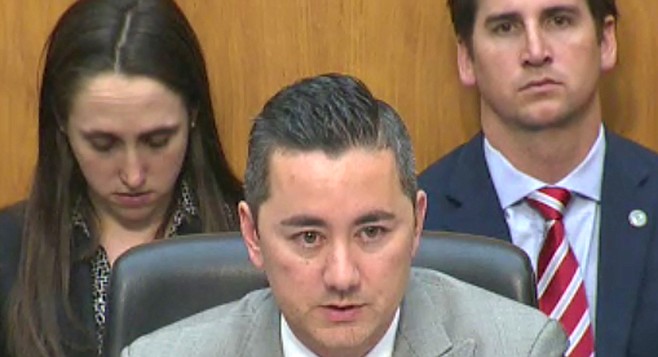 Dense, crowded, gridlock, haphazard - all these things describe how Los Angeles has chosen to develop their city. This is the result of decades of a spoils system style of development where developers cut deals with local politicians cutting the local community out of the picture. However San Diego’s tradition of strong neighborhood identity has historically kept this power dynamic in check (“Cate to Clairemont: Drop dead,” Neighborhood News, July 23).

The homeless housing development on Mt. Alifan is within walking distance of the affordable housing project on Mt. Etna.

Local planning groups give the neighborhood residents a seat at the table with developers and politicians and our city’s 30 foot height limit has put a cap on excessive density and preserved our city’s neighborhood feel. Sadly things are changing. Because of the current housing crises and state strong-arm tactics that can override local rules local politicians are scrambling to build as much affordable housing as possible. The Mount Etna project brings an extremely dense, 100% low income ‘projects’ style housing development to Clairemont in a way that fundamentally changes the character of our neighborhood. It violates zoning intensity, the zoning type, our community plan, the 30 foot height limit and removes a key piece of public property from the community core placing it in private hands for 99 years.

This public property was supposed to be a strategically located place for the county to provide services to residents of Clairemont. Instead the county is building project housing for residents that will need more services. This is a short sighted overreaction that threatens what we love most about San Diego, our neighborhoods. Rather than concentrating low income units into an overly dense project that doesn’t fit zoning or neighborhood character policy makers should instead enforce or expand already existing inclusive housing rules. Inclusive housing means developers set aside a certain percentage of new units as low income units. Currently the city requires new development set aside 10% of new units for affordable housing however most developers pay an ‘in-lieu of’ fee to waive this requirement. This fee waiver should not be allowed. It has caused untold thousands of affordable units to have never made it to the market and has significantly contributed to the housing crisis. Enforced inclusive housing is the most viable policy compromise which requires all stakeholders to sacrifice a little. All neighborhoods will have some low income housing, developers will be have to offer up some of their units and politicians will have to due without the fees. However overall this approach is a more thoughtful way to preserve our neighborhoods while putting low income residents in an environment that maximizes their chance for success.

How much longer are the tax payers of San Diego going to put up with the present strong mayor form of government? (“Did Irwin Jacobs just seal Kevin Faulconer’s fate?” News Ticker, January 15, 2016) We taxpayers have watched as the present mayor and council have mismanaged the rent-a-scooter problem; gave away millions on the called low cost housing and homeless programs; ordered the police department to ignore and not enforce the municipal codes; ignored the city attorney’s warning that allowing the short term rentals in areas zoned for residential use is illegal; ignored the undocked rental bike problem; wasted millions and created traffic problems creating unnecessary bicycle paths in order to placate a tiny, but vociferous, group of bicycle activists; spent valuable time becoming involved with federal legislation instead of concentrating on local problems and more. 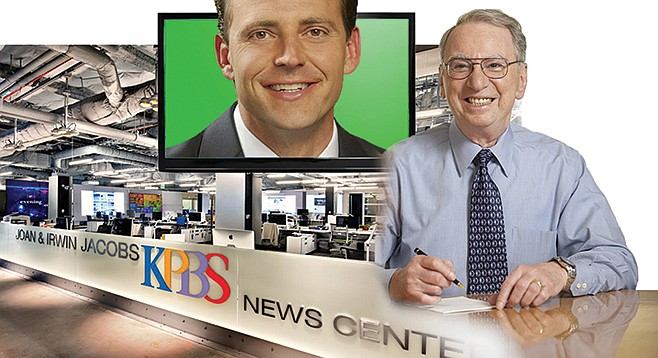 Nathan Fletcher (and political backer Irwin Jacobs)...setting up for a political office comeback?

A little background: By 1940 there were small cities with city managers that grew enormously by the end of the century; San Diego among them. The city manager form of city management was created in part to remove city government from the power of the political parties, and place management of the city into the hands of an outside expert, with the expectation that the city manager would remain neutral to city politics. In November 2004, voters approved Proposition F, returning San Diego to the strong mayor form of government on a five-year trial basis. This was made permanent in June 2010 with the passage of Proposition D. In June 8, the strong mayor form was made permanent. Given the problems caused by the parade of notorious, scandalous, some dishonest, former mayors that have included, but not limited to, Maureen O,Connor, Bob Filner, Roger Hedgecock, Frank Curran, Dick Murphy and Michael Zuchet ( all of the above resigned), it is evident the strong mayor form of government does not work in San Diego. Our city is rapidly being destroyed by the present mayor, Kevin Faulconer, with the help of city council members, each pushing their own agendas with no regard for the city or the districts they represent. With Faulconer’s term set to expire in June of 2020 it is time we start the process to restore the city manager form of government in San Diego!