What's the market price on that fish?

Grilled local beats fried anything, despite the cost 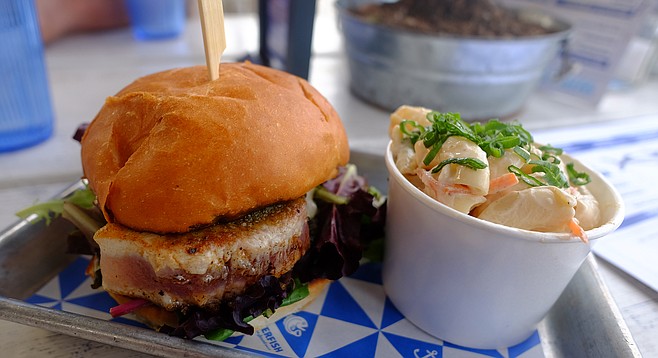 I should have been ordering the local catch all along. When North Park’s Beerfish first opened a couple years ago, I went for the fish and chips. They were all right. After it retooled a bit under a new executive chef this summer I returned for the same. Again, decent. I’m honestly not sure whether they tasted any different or better than the first, or whether I just wanted them to.

It would sound cooler to say I’m drawn to fish and chips because I lived in London as a child, but I’d be lying if I said it was due to anything other than my being a fried-food-loving American who likes a bargain. I keep going back to fish and chips because they’re a low-cost, low-risk order: even at their worst, fish and chips are usually good enough, even using less desirable species of fish. Here we have an above average example featuring fried haddock, which in my opinion tastes better if you request a dipping sauce of Beerfish’s malt vinegar aioli over the default tartar sauce. 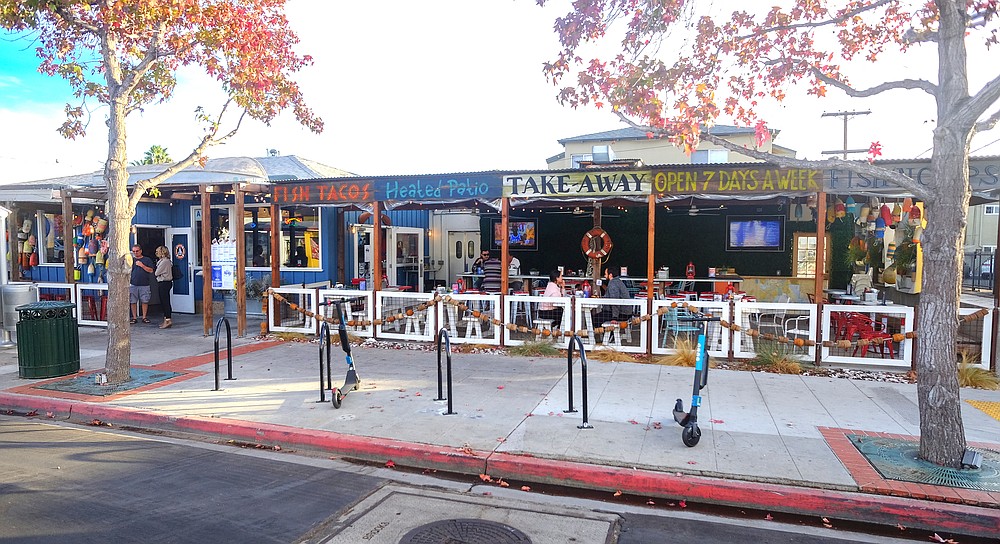 Either way, Beerfish serves superior fish; it just took me a while to get around to it. The menu is loaded with the likes of fish tacos, ceviche, and clam chowder, so I’ve routinely overlooked the grilled local catch plate. Regardless of restaurant, I tend to do that when a price is listed as MKT or MP. Maybe because I assume the market price will be too high, and I’ll feel embarrassed if I ask a server the cost, then order something much cheaper instead.

Regardless which neurosis is to blame, I finally asked at Beerfish: what kind of fish is available for local catch, and how much was the market price for the grilled local catch plate? The answer included a choice of albacore and yellowtail, at $18.90, served with roasted vegetables and rice. That was a little more than I wanted to spend on lunch, but I learned something more valuable in the process: I could sub either fish for the mahi mahi served on the $13.90 grilled fish sandwich, for the same price.

Technically, the price is listed as “13.9” — with no zero. This might be a bigger menu beef for me than market pricing. I'm sure an overly clever graphic designer is to blame, but any time a restaurant leaves off that zero I judge it as pretentious; especially when it's a casual, counter service seafood joint where most of the seating is outdoor. If minimalism is the point, then leave off the redundant second mahi while you’re at it.

Ranting aside, I ordered albacore as a grilled sandwich. I can’t be sure how local the catch was — albacore has become a rarity this far south, apparently — but whatever the source it proved a delicious piece of seared fish, served rare, dressed with mixed greens and that vinegar aioli on a fresh brioche. It's a fish sandwich worthy of repeat visits. My friend had similarly positive things to say about his grilled yellowtail sandwich.

I may continue to whine about the finer points of menu design, but I’m going to stop being deterred by market price fish. Almost every time, the going rate for local catch will make its fluctuating value at least worth asking the question. All that fried fish is cheaper for a reason.

Ian, I bet you don't listen to Duran Duran while eating mahi mahi in NY, NY! ;-)