How to bring poor people to Del Mar 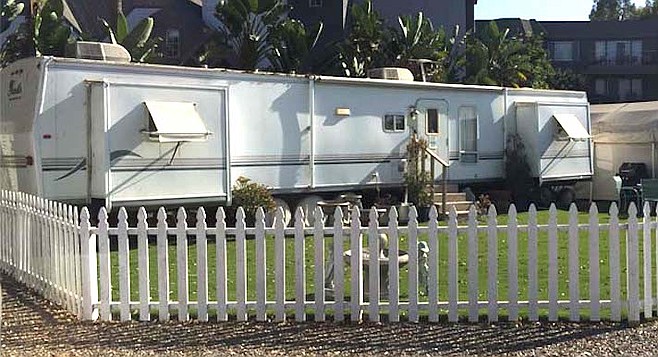 Will Del Mar horse groomers and fairground carnies be the next group to get squeezed out in the ongoing housing shakedown? Those temporary Del Mar fairground employees may eventually feel the pain due to a state law that mandates more affordable housing for permanent residents. 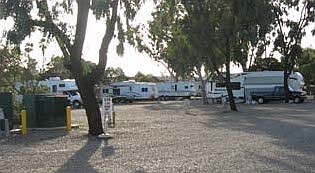 Del Mar Mayor Dwight Worden says with a straight face that his town, the most expensive city in the county, needs to open up and welcome in some more downscale neighbors.

“Diversity is healthy,” says Worden about his tiny city of 1.8-square miles where some beachfront homes are listed for $12 million. “We shouldn’t just be a place for old rich retired people. The person who cuts your hair should have an opportunity to live here as well.”

But Worden is dead serious. He points to the fact that the state housing law called Regional Housing Needs Assessment actually spells out how many affordable units each city has to come up with. Worden says Del Mar was given five years to find 22 units and has so far has only set two into the planning process. If Del Mar does not show that it is making progress, Worden says his town could be liable for a developer to successfully sue and take over the process.

One big problem is Del Mar is built out. “We have almost no vacant land,” says Worden.

The issue came to light at the November 14 meeting of the board that oversees the Del Mar Fairgrounds, officially called the 22nd District Agricultural Association. That is when board member David Watson told the meeting that Mayor Worden was asking the Del Mar Fair board to consider working with the city of Del Mar to solve its housing needs. Watson said that Worden, a lawyer, informed him in a memo that a statute existed in state law that would allow the city of Del Mar to solve its state mandated housing requirements by allowing Del Mar to take over the Surf & Turf RV Park which just east of the fairgrounds on Jimmy Durante Boulevard so it could build mobile homes to house new, permanent Del Mar residents.

Adjacent to the Del Mar Hilton, the Surf & Turf RV Park has 65 spaces used primarily by racetrack fans or temporary employees of Del Mar Fair or racetrack. Surf & Turf RV is closed in May, and tenants can only stay up to 8-1/2 months at a time.

The Surf & Turf proposal would not only need to be approved by the Del Mar Fair board but by the city of San Diego as well. The Del Mar Fairgrounds is actually a so-called overlay district that sits on land that is part of either Del Mar or San Diego. Del Mar would have to annex the Surf & Turf RV property from San Diego so that the redeveloped mobile home park would count towards Del Mar’s housing census.

Any change in city boundaries would have to go through the Local Agency Formation Commission. Robert Barry, chief analyst with the commission says such a process, called disincorporation, is complicated due to all the tax districts. He says it is rare but happened two years ago when 110 acres were transferred from San Diego to Santee to facilitate the Castle Rock housing development.

Mayor Worden admits the city of San Diego could prove to be “a small fly in the ointment” with the plan to convert Surf & Turf RV into mobile homes. He says another plan could be to convert the so-called “barns” housing used by temporary racetrack employees including jockeys, hot walkers, groomers and stall muckers into apartments. That area of the fairgrounds sits on Del Mar property, says Worden, and would not have to involve San Diego.

Worden says he understands that the Del Mar Fairgrounds board would only accept a plan if the arrangement would be financially beneficial to the district.

Del Mar City manager Scott Huth says the process to annex property is “very viable,” and that he and his staff are “just starting” to roll out the options. After being told the concept of affordable Del Mar housing seems silly, he responds: “It may be laughable but it’s the law.” He says Del Mar won’t be putting “all its eggs in one basket,” and will continue to look into granny flats and "tiny houses" as other options.

Huth says what’s important is that Del Mar can show it is making a good faith effort to the state of California.

Analyst Barry says Encinitas appears to be in deeper trouble with meeting California housing law than Del Mar. “Encinitas is the only city in the county in the County without a housing element plan. They keep putting [plans] before the voters but the voters keep turning it down.”

Del Mar is only 1.8 square miles. Why do they need to have people who can't afford to live there accommodated? I live in a neighborhood that I can afford and it is not Del Mar or La Jolla etc. I commute to my job as do most people. Rich people have a right to live in a neighborhood of their choice. If you want to live in a wealthy community then get educated and work toward that goal. Just because I can't afford to live in Del Mar does not give me a right to force them to "let me in". Leave Del Mar alone.

Note: It is not about what you want or don't want. As stated in the article, this is State of California law.

The way it's going, North Park will become unaffordable for most of us (me included) in a few more years.