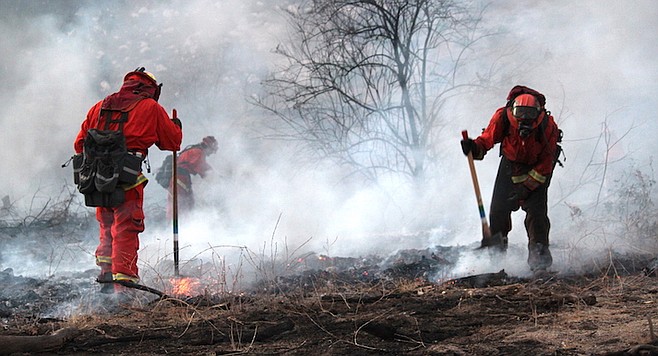 Two fire departments worked for two days and one night to put out a fire that started on Sunday, November 18 in El Monte Valley, Lakeside. Over 50 firemen and few dozens inmates preceded by two helicopters and one fixed wing plane. 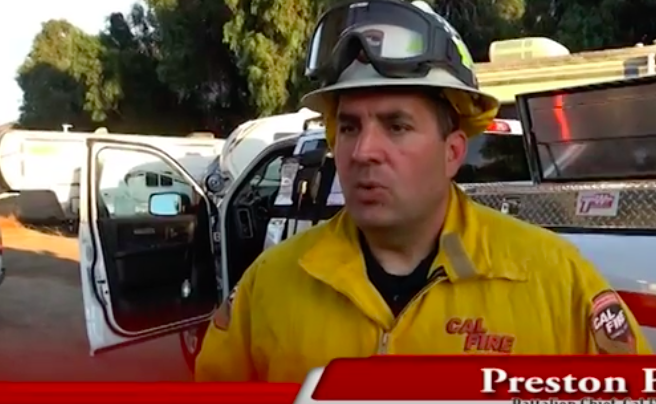 The fire started a couple of days after the Santa Ana winds calmed down. Cal Fire San Diego and Lakeside Fire Department were able to contain the flames on a little over 6.6 acres of land down in the river bottom. The rest of the time was spent clearing out the vegetation and mopping up the land to put out the fire trapped in tree roots and chaparral. 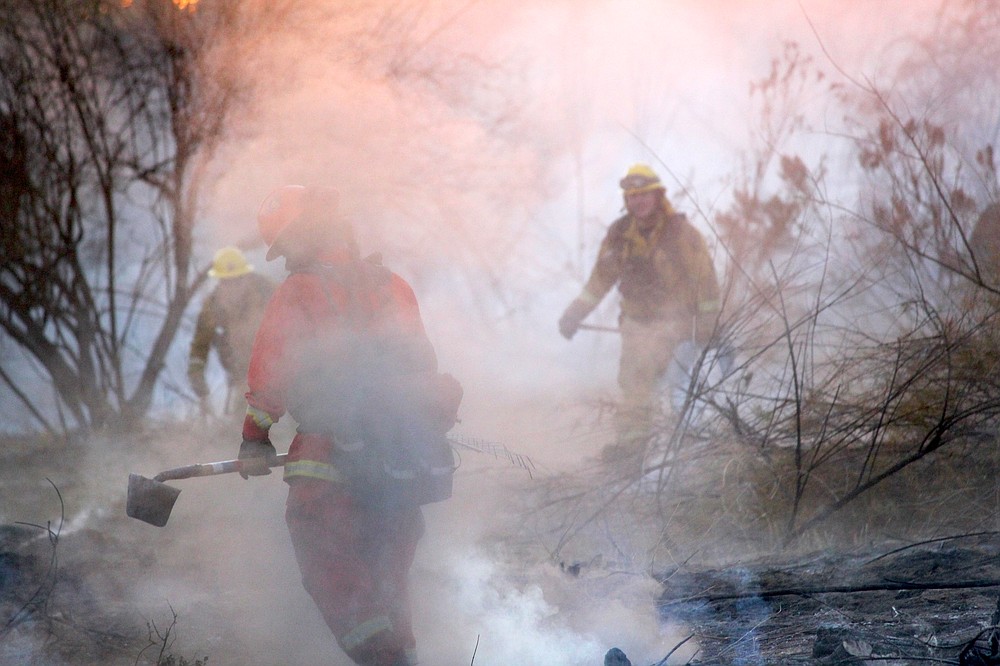 “One of the guys noticed that there was smoke and yelled and alerted all of us."

On Sunday, the fire came up to the fence circling the Attigs’ horse training facility and ranch. Darcey Attig said her family went into the river bottom with shovels and hoses to put the fire out. “We took the animals that were closest to danger and pulled them up to safety.” Her husband Ronnie said, “Two of the fire fighting crews got stuck, so I jumped in the loader and got them unstuck.”

Hayley Attig, one of the couple’s daughters, “We started moving horses and getting everything put together, so if we did need to get out of here in time, we would grab everything, put it in the trailer and get out of here." Sydney Morehouse, also a valley resident, said a bigger fire would have destroyed everybody’s livelihood, but especially the animals they raise in the 4H program. “One of the guys noticed that there was smoke and yelled and alerted all of us and we kind of jumped into our emergency plan,” said Morehouse.

Dianna Alatta lives and works at the Attigs’ ranch. Alatta said, “It was right there,” pointing out behind the property fence while she is hosing down vegetation. It was scary, thank you, Jesus.”

Darcey Attig said she heard a sheriff looking for a group of teenagers who may have started the fire accidentally. A tour bus driver on El Monte Road at that time saw a group of teens on the side of the road. Sancho Ravelo said, “There was a black SUV on the side of the road with a group of teenagers, maybe three or four of them, calling frantically on their cell phones. One teenager that I got a look at had blonde hair that look like a surfer type.” Another story that has been circulating mentions a possible arson set up to clear the vegetation for the upcoming sand mining project. Contacted by phone Monday evening to confirm if there’s an investigation for arson, the Bombs and Arson Unit denied they were ever requested to look into the El Monte fire.