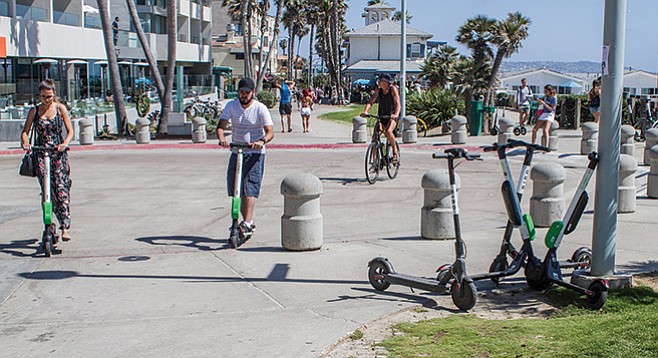 A Northern California man working as a "Juicer" for electric scooter-share operator Lime has filed suit against the company, claiming it improperly classifies thousands of workers as independent contractors in a system designed to skirt minimum wage laws and other employee protections. 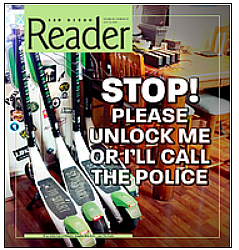 In an amended complaint filed last week by Yassin Olabi of San Mateo County, Olabi alleges that despite claims made by Lime that Juicers could earn in excess of $30 hourly for collecting, charging, and re-deploying its scooters throughout the city his earnings working for the company averaged less than $5 per hour. California's minimum wage for large companies is currently $11.

"Lime could simply hire regular employees to drive around a city, find, and recharge its scooters," the plaintiff's counsel observes. "However, to do so would be expensive; Lime would have to pay its workers minimum wage for all the time they spend looking for, transporting, charging, and returning its scooters. Lime would also have to properly equip them and pay all expenses they incur in order to do the charging work."

Olabi's complaint cites a July Reader story in which I took a Juicer job and fared only slightly better, netting $5.87 per hour over the course of a week and change.

Other complaints: the company deducts workers' pay if they deliver a scooter with less than a 95 percent battery charge (a former policy of keeping the scooter's headlights constantly on resulted in some depleting their batteries on the way to deployment) or in the wrong location, Lime forces its workers to purchase (or pay to ship) proprietary chargers before beginning work, they've failed to provide proper paystubs (workers are paid via direct deposit with no accounting of their work aside from an email describing successful deployments), and has intentionally over-hired, creating excessive competition for limited work.

At the heart of Olabi's case is a recent California Supreme Court decision that changed the means test for determining whether a worker is an employee or independent contractor last April. Under a new "ABC Test" formula, an employer must establish that each of the following are true:

Lime's own public statements seem to contradict at least one of these qualifiers. The complaint cites a statement made by Lime to the City of Santa Monica in a permit application:

"Likewise, there is no independently established trade, occupation, or business for electric scooter chargers to which Juicers could conceivably belong."

Olabi's amended complaint was filed 65 days after his San Francisco-based counsel Rosen, Bien, Galvan and Grunfeld sent a letter to Lime officials requesting action with regard to his complaints. He seeks a judgment declaring the firm's labor practices unlawful and an injunction to stop them going forward in addition to monetary relief.

One more example of the abuse of employees by pretending they are "independent" when they are anything but. This pattern of claiming that closely monitored and supervised workers, all of them essential to the core business, are somehow independent has been going on for years, and is intensifying. There is little surprise here--this business (if you can call it that) is based on exploitation of all those who are actually stakeholders. The customers don't always get what they are charged for. The cities lose control of their quality of life and safety of residents. The support staff ends up beggared with grossly substandard wages and far too many expenses to pay themselves. If this were happening with any controlled substance, it would be treated as racketeering, and the perpetrators could be charged with serious crimes. Ah, but it's just scooters, those innocuous things that tourists tootle around in. What's the problem here? Rackets can take on many forms, and this kind of thing, and any sort of gig work, can be as pernicious as any other rackets.

Will Uber do the same thing with its new electric JUMP bikes now in San Diego (and other cities)?