Dairy farm fire on the way to Ensenada 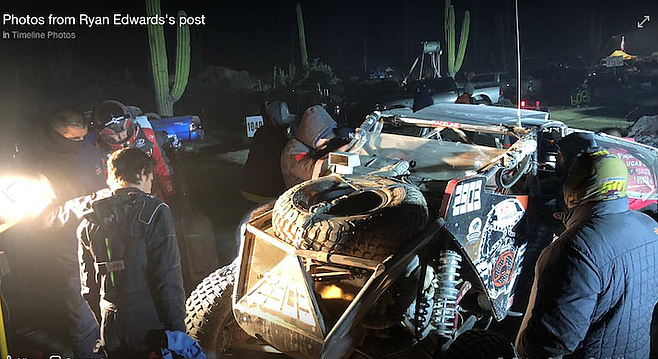 Baja 1000 racer Ryan Edwards was on his way down to Ensenada on Tuesday morning, November 13, when he had to pull over on the side of the Mexican Federal Highway 1D toll road — by a wildfire. “We got a flat tire on our trailer right in that area,” he said. “It looked like the fire was moving pretty fast and the smoke was bad on the toll road.” 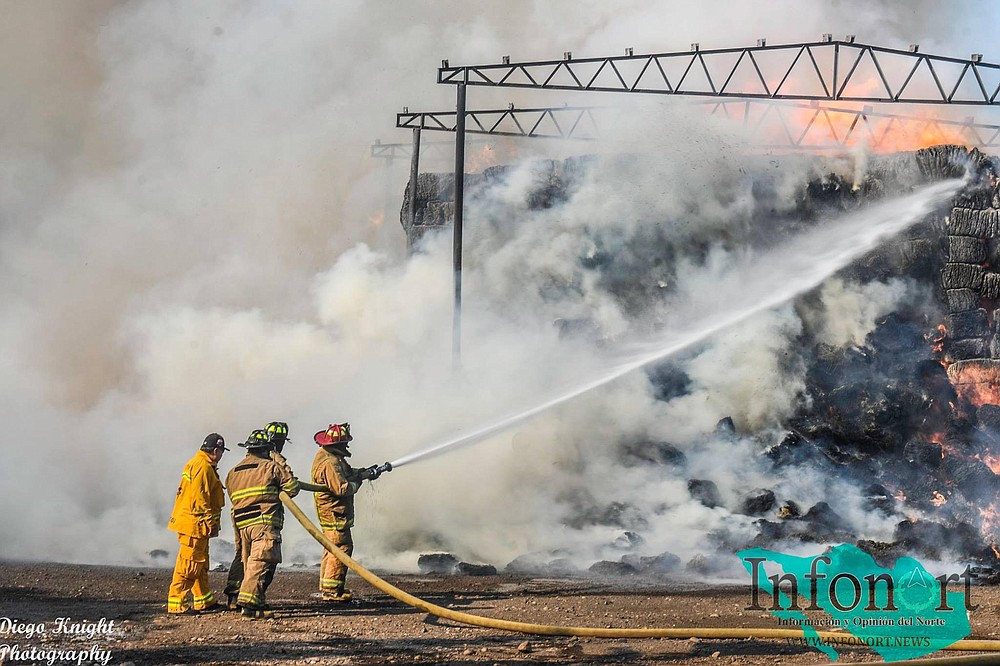 Many of the racers, crews and attendees driving to the Baja 1000 drove past the nearby fires and smoke blowing into parts of the highway.

Infonort Rosarito reporter Diego Knight was in the vicinity of Edwards covering the fires (via photography and videography).

“The wildfire grew at the 50-52 kilometer mark of the highway and just to the east of the toll road is the Cuenca Lechera Jersey dairy farm (south of Rosarito),” Knight said. “As the fire [spread] towards the hills, the firefighters were able to control it. They were on [time to protect] the livestock but a warehouse containing hay for the cows began to burn around 11 am. Luckily the dairy had a large supply of water so the firefighters were able replenish their water tanks. High winds provided a challenge for the firefighters and spread intense smoke on the toll road (cuota) and free road (libre).”

“One of the big fires was directly behind my home and burned down the dairy farm,” said Pat, a U.S. expatriate. “The cows were saved and we pretty much stayed inside while the smoke filtered out.”

Ellen, who is part of the BFGoodrich Tires team (main sponsors for the race) posted a Facebook photo she took while driving southbound on the Tijuana to Rosarito toll road and captioned it: “Kilometer 17 just south of Tijuana, stay safe, peeps.”

“I saw them putting it out while we drove here on the toll road,” said Alpine resident Yolie Stover from Off Road Girl Loves Baja, a bi-national fan page devoted to the off-road sport. “Diego said it was natural fire and not provoked.”

Some off-road fans were reported to have seen the fire-and-smoke posts online and waited in Tijuana and Rosarito.

“I did hear some people saying that they might shut down the toll road,” Edwards said.

After Knight documented the fires and firefighters, he got back on the road, took a photo and posted it on social media; visibility from his vantage point appeared to be at around 30 feet.

By Wednesday morning Infonort Rosarito reported in part: “Hector Castelán, Rosarito Beach fire department’s director, informed [the media] that the hay warehouse fire was controlled the night before. He explained that currently surveillance is maintained because the Santa Ana condition with strong winds continues. Municipal police, volunteers and military helped extinguish the fires.”

Ellen and over 150 BFGoodrich support personnel from the U.S. made it to the Baja 1000 contingency and tech inspection; so did Stover-and-Edwards’ teams.

“We smelled like smoke bad,” Edwards said. “The smell lingered for a couple days after.”

The annual race started on Friday morning in Ensenada; the racers raced down the peninsula and looped back to finish back in Ensenada after 806 miles.

Edwards and his MTrece Racing Team finished with a 27:05:17 timeslip. They were "8th place finishers in the pro turbo class" with their 2016 Polaris RZR UTV.