“Being a musician is always kind of feast or famine” 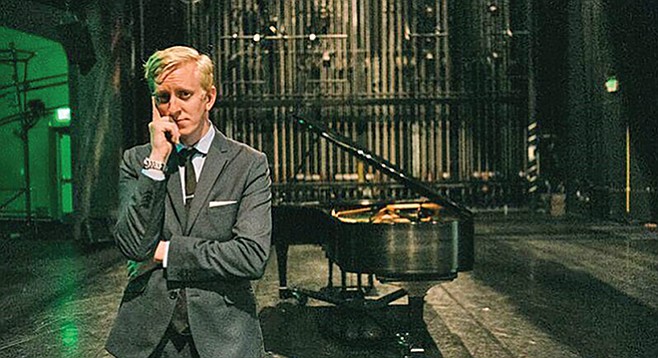 In jazz circles, a player who knows how to stay working on a consistent basis despite the relative lack of opportunities in a limited market stands out, and in San Diego, pianist Ed Kornhauser (who began his musical life playing classical music on the tuba) has come to earn that distinction.

Where most musicians might be happy to gig five times a week, Kornhauser’s calendar often exceeds those parameters considerably.

“On a really busy day, I might get up early to learn some songs if I need to,” says Kornhauser. “And then grab whatever gear and changes of clothes the day requires. It might be multiple keyboards and amplifiers. It’s quite common for me to do two gigs in an average day, sometimes three and occasionally four, which happened last week when I woke up, did a church gig, then a winery gig, a wedding, and finally a bar gig. That doesn’t happen all that often but the other numbers are quite common.”

That translates into precious little time off.

“I try to set aside certain dates but I’m probably gigging pretty close to every day. Being a musician is always kind of feast or famine, and I appreciate both sides right now. Last month was really crazy. But I love the opportunity to sock away some cash for a rainy day. If I get any time off, it’s usually a Tuesday, which haven’t been as busy for me.”

I asked him if he had any favorites.

“I love being in the house band for the Monday night jam session at Rosie O’Grady’s that Louis Valenzuela runs. That’s a great way to start the week because it’s a fun gig and a fun hang with all the cats. On Wednesdays, I’ve been playing over at the Kettner Exchange with vocalist Erika Davies, and probably my favorite gig of the month happens on the first Sunday when I play the Turf Supper Club in Golden Hill with Leonard Patton.”

So how does he pull it off?

“I try my best to be an affable guy to work with. I’m prompt and professional, I don’t leave people hanging, I return calls right away. I also aim to be kind of a chameleon, someone who is able to play whatever style the gig requires. Sometimes that means turning down an offer if it’s outside my comfort zone, like classical music or serious Top 40.”

He pounds the 88s into submission!