Dickens for a day 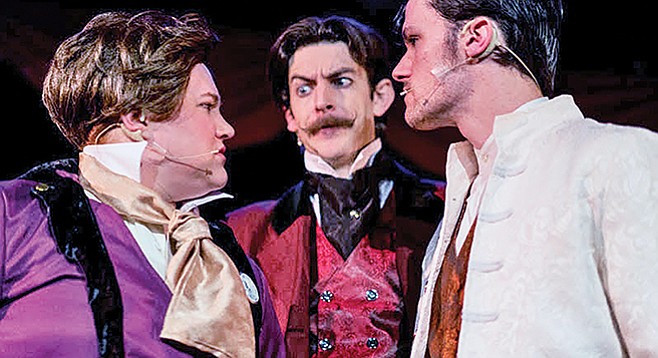 The Mystery of Edwin Drood

Young Charles Dickens worked as a law clerk. He delivered documents and ran errands and was bored beyond tears. He wanted to be a court stenographer – record an entire trial verbatim – but it took three years to learn the difficult Gurney shorthand system. Instead, he mastered “that savage stenographic mystery” in three months. He became so skilled he jumped from tedious court transcription to reporting debates in Parliament for his uncle’s newspaper.

Though Dickens acquired a difficult skill, it still seemed like a career cul-de-sac. But the experience became priceless. As he sat in court and Parliament, jotting down speeches at near the speed of sound, all manner of characters, dialects, fashions, and attitudes passed before his eyes. Not only that, when he became a novelist, he wrote in a white, stenographic heat, his mind and pen working unfiltered. Whenever he needed a new character for his 15, often lengthy novels, Dickens had a seemingly infinite backlog of possibilities.

Make that 14½ novels. On June 9, 1870, Dickens died of a stroke and didn’t complete The Mystery of Edwin Drood. In the book, Drood disappears and must have been murdered (they never find his body, just a cloak he was wearing). Movies, novels, and plays have completed the novel, pointing blame most often at John Jasper, a Jekyll/Hyde figure Dickens suggested might be the culprit in letters and private confidences.

Rupert Holmes took a different tack. He wrote every aspect of The Mystery of Edwin Drood — book, music, lyrics, even orchestrations — and did something new: he doesn’t solve the mystery. Drood, as it is sometimes called, asks the audience to become Charles Dickens and vote for the villain (Holmes wrote many alternate endings depending on the decision). Drood became the first Broadway musical using audience participation for the ending, and won five Tony Awards.

In the novel, Edwin Drood is engaged to Rosa Bud (Dickens had a flair for fun names; he calls the denizen of an opium den “Princess Puffer”). Edwin and Rosa are orphans; their parents arranged the bond when they were children. But they quarrel often. And what looks like playful banter may not be, since Edwin appears displeased with Rosa, even though she will enjoy a large inheritance. In the musical, they want to break off the arrangement so they can start anew and enjoy the first phases of love.

Others eye Rosa. Young, allegedly temperamental Neville Landless for one. John Jasper, Edwin’s uncle, for another. Jasper’s almost two people: the choirmaster at Closterham and an opium addict. Princess Puffer suspects Jasper’s the one who murdered Drood.

Jasper is gone-round-the-bend obsessed with Rosa. When he professes his love and she rejects him, Jasper vows to destroy Neville and any other of her male suitors, including “Ned” Drood (Jasper’s the only one who calls him “Ned” — a clue?).

The tone of the novel’s on the dour side. To spice things up, Holmes sets the story at the Grand Music Hall Royale, in London, 1873, where performers perform, the audience gets rowdy, and ladies of the evening solicit. For OnStage Productions, Alex Bezdeka and Jordan Hall Campbell (the director and assistant director) provide a wide, almost bare arena. Tiny footlights stream across the front, and several gray, Victorian scenes lurk behind a black curtain. Summer Blinco and Andrea Pulliam’s costumes are period all the way. A character called The Chairman (Georgia Ladd as the impressively non-stop, often quite funny master of ceremonies) narrates the story behind a dais.

Drood is a co-production between OnStage and Turning Tydes Theatre. The latter, a small, start-up company, “creates inventive mash-ups: Phantom of the Empire (Phantom of the Opera and Star Wars); Les Midge (The Hobbit set to the music of Les Miserables). Inventive wit and strong vocals have become hallmarks of their work.

The opening night performance had glitches. At times, the piped-in music was too loud. It blurred the lyrics and erased important clues. Timing and pauses needed tightening. And often, the cast was tentative. In 1873, the audience at a music hall could participate as much as the performers. Both sides had license to go over-the-melodramatic-top with abandon. In this regard, Bertolt Brecht loved vaudeville and music halls because they “involved the audience instead of hypnotizing it” with acting. Brecht also said if a show didn’t work, “the audience was a flop.” The cast could stand to follow the lead of Georgia Ladd, who exudes the bawdy/improv music hall spirit.

OnStage has one of San Diego theater’s most intimate playing spaces. Opening night jitters may have resulted from playing almost face-to-face with a live audience. As the evening progressed, many showed signs of overcoming the closeness. Along with being an entertaining evening, Drood has another incentive: in choosing the ending, the audience can be Dickens for a Day.

The Mystery of Edwin Drood, by Rupert Holmes.

Playing through December 8; Thursday through Saturday at 8:00 p.m. Matinee Sunday at 2:00 p.m.

Maybe in a modern adaptation of the play, Drood takes off in a classic car not belonging to him. The title would become: "Drood, Where's My Car?" ;-) [rimshot!]