The case for civility

We see too much of Marc Antony these days 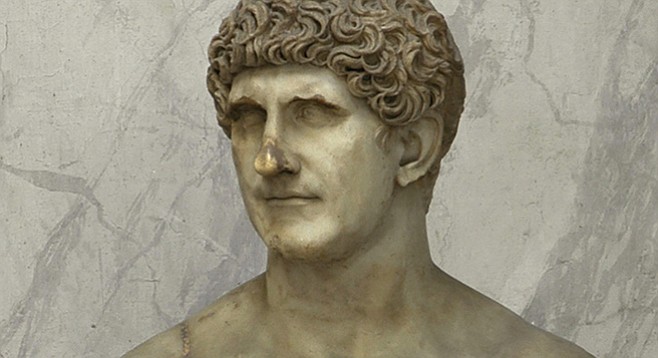 Commentators across the political spectrum have been urging Americans to tone down the rhetoric, especially with politically motivated bombings and mass murders shocking us almost daily. It would not hurt us to remember that our whole Western tradition, points to times as bad or much worse: the Greece of Thucydides, the Rome of Cicero and Caesar, the England of Charles I and Cromwell — not to mention our own Revolution and Civil War. And the 20th century looms behind us with its tyrannies and ideologies and lessons of a world that rejects God. We need to recall the virtues that have, between the bad times, made possible a sturdy peace. 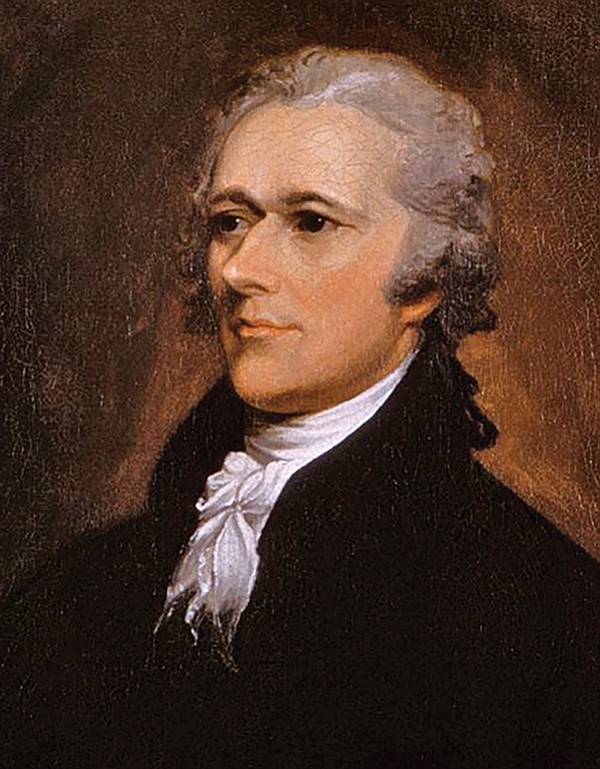 Alexander Hamilton wrote that most tyrants begin their careers by “paying obsqeuious court to the people.”

What it means to be “civil” has undergone severe scrutiny lately. Hillary Clinton, for example, recently said in an interview with CNN’s Christiane Amanpour that “you cannot be civil with a political party that wants to destroy what you stand for, what you care about. That’s why I believe if we are fortunate enough to win back the House and/or the Senate, that’s when civility can start again.” 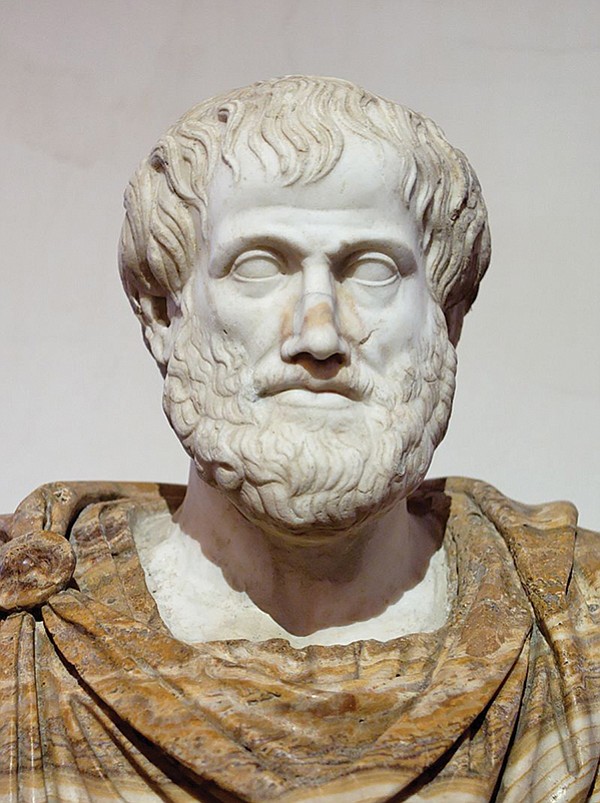 Aristotle’s magnanimous man feels equally at home among the great and the lowly.

Clinton’s statement has been roundly criticized, and not just because it excuses the recent excess of those opposed to Justice Kavanaugh. Though she seems not to see it, she justifies uncivil behavior on the part of any party that does not, in its own estimation, have a proper share of political power. In other words, if the Democrats were in power, Clinton’s words would excuse any level of uncivility from Republicans who thought that what they stood for and cared about — say, religious liberty and the right to life — was being destroyed. 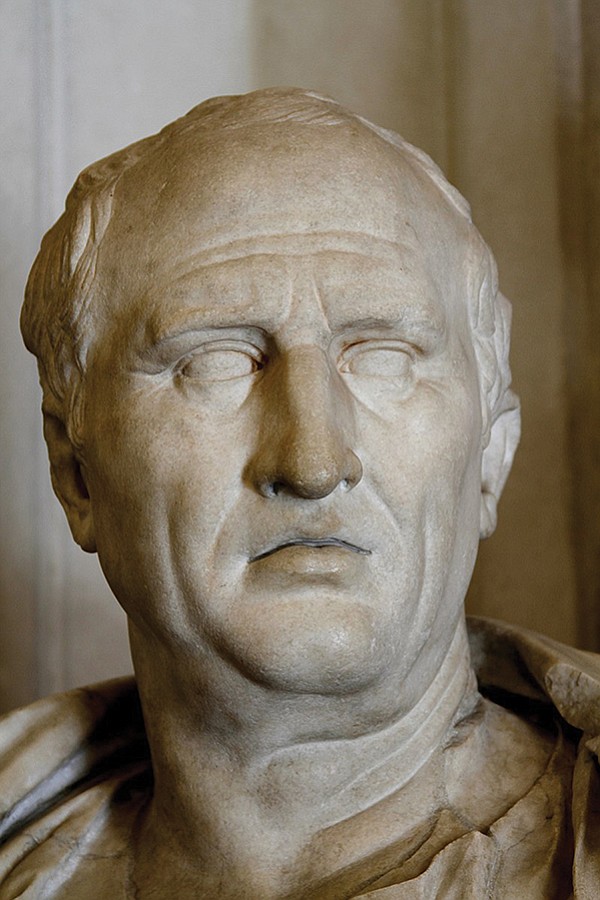 Cicero’s severed hands and head were in the Roman Forum by the uncivil Marc Antony.

Civility as I understand it, and certainly as I hope all rational folks do, assumes that people with various manners, or in unequal stations in life, or even with radically different ideas can nevertheless coexist on friendly terms. Indeed, in the realm of discourse, civility is a public courtesy that allows the free and open exchange of ideas, that enjoins reason and self-restraint on speech, and that assumes a respect for persons grounded in the recognition of shared humanity. However, civility is not the same thing as toleration, because toleration in practice often dangerously shades into indifference, even when meaningful distinctions need to be made, whereas civility assumes the necessity of distinctions. Neither is civility the same thing as charity. In fact, civility has more to do with outer demeanor and behavior than with inner disposition. It is a public virtue that allows a space for discourse, and it is incompatible with the attempt to shout down or intimidate or shame those whose opinions threaten one’s own deepest convictions. Rather, it trusts (as John Milton puts it) that we can “leave Truth free to fight” and not doubt the outcome. 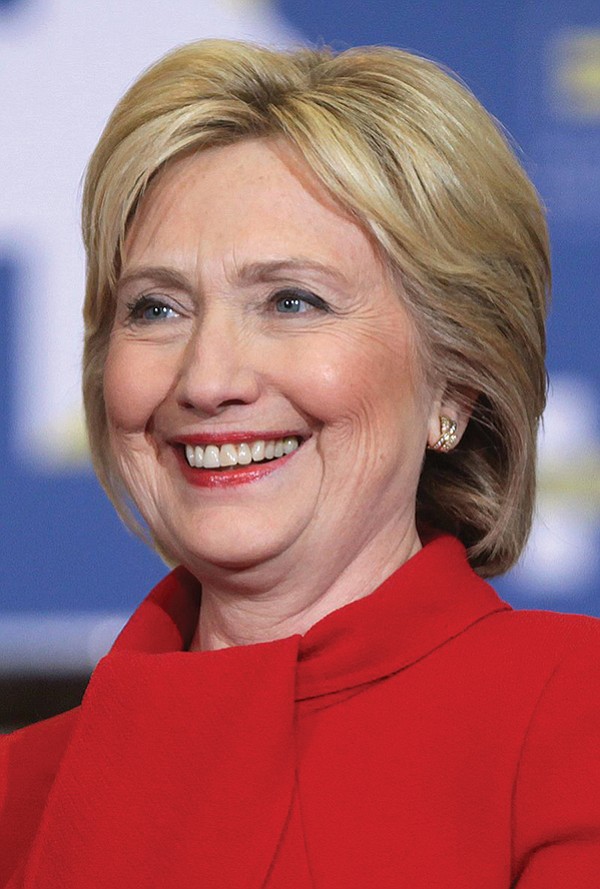 Hillary Clinton advocated no civility until Democrats reclaim a share of power.

Civility hardly seems conceivable to many in our day, because they have forgotten the history of political and religious conflict that preceded the American founding and establishment of our Constitution. Even more, they have forgotten an attitude that seems obsolete in these rancorous times: noblesse oblige — literally, “nobility obliges.” There’s no mystery about the disappearance of an appeal to nobility in our age of insistent equality. Noblesse oblige teaches that those who are privileged (originally, those born into noble houses) owe kindness and generosity to those less fortunate. As a concept, it goes against the contemporary grain because it assumes a superiority in some crucial regard of wealth or intelligence or social position. 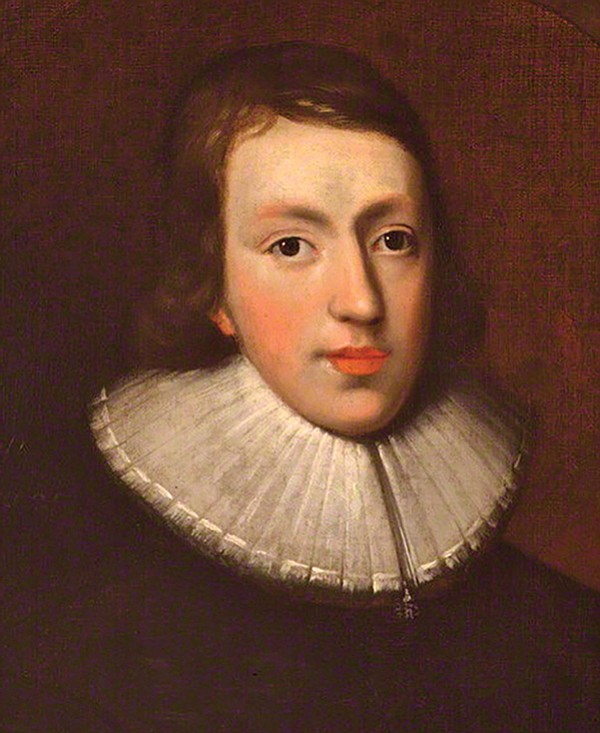 Nowadays, noblesse oblige would be regarded, if it were perceived, as essentially demeaning, the worst kind of condescension, rather than as the beautiful thing it is. But the point is, true noblesse oblige will never be perceived in that way, which is exactly the point. When Aristotle defines magnanimity or greatness of soul in the Nicomachean Ethics, he describes a man who is not intimidated by being among others of high accomplishment; in fact, he feels them as his equals and bears himself accordingly. But among those who are not his equals, he never adopts a lofty attitude or makes them feel unimportant or inferior. Contemptuous treatment of those in lower positions exposes those who display it as small-souled, as anyone who has witnessed it can attest. Lording it over humble people, Aristotle writes, would be “as vulgar as a display of strength against the weak.” 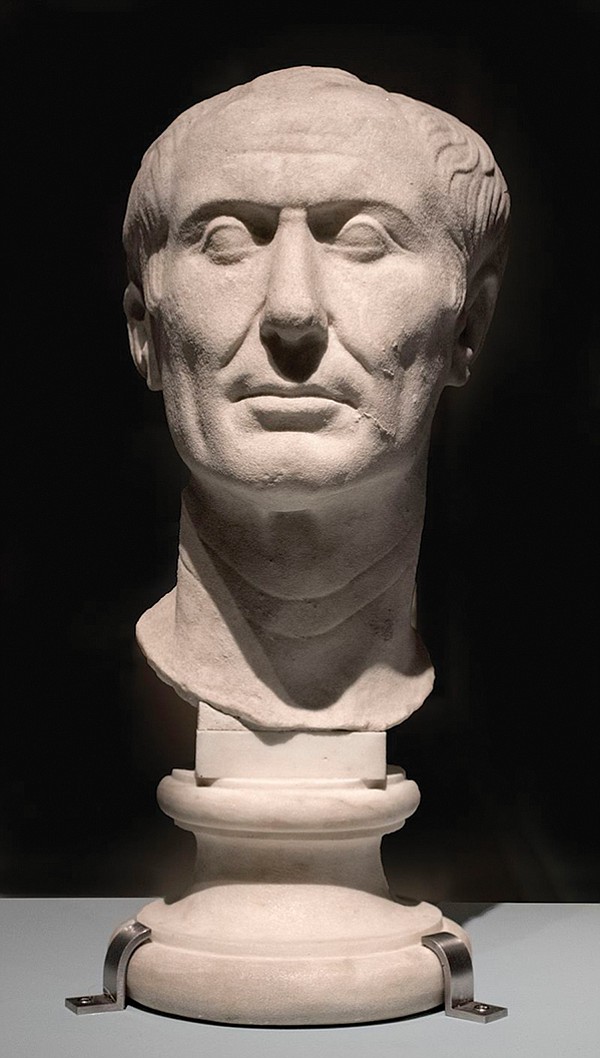 Noblesse oblige seems to me quite close to charity. Generosity to the poor could be a behavior rather than an inner virtue, but in that case it might very well be a way of pandering to the people. As Alexander Hamilton writes in Federalist Papers Number 1 (in a passage that can never be too often repeated), “of those men who have overturned the liberties of republics, the greatest number have begun their career by paying an obsequious court to the people; commencing demagogues, and ending tyrants.” 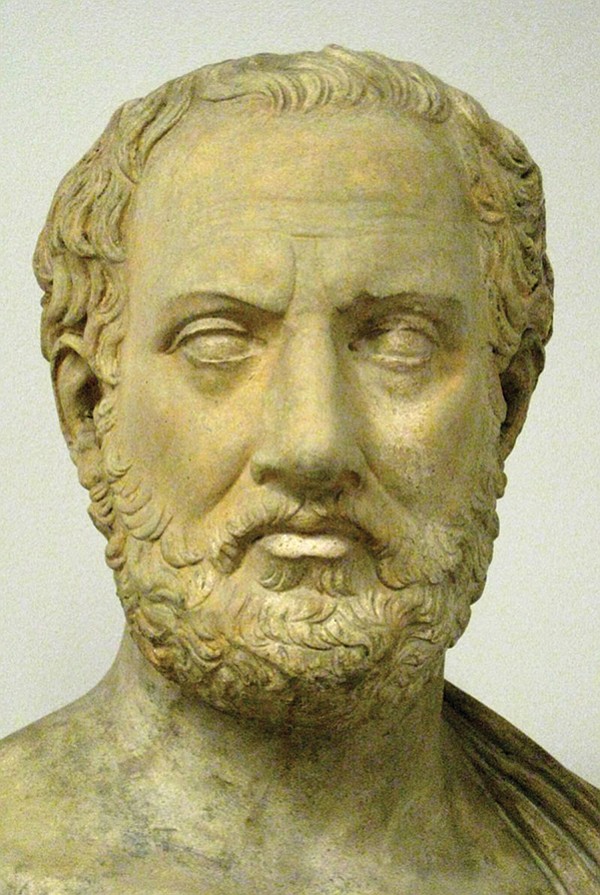 Greece may have trouble now, but it was far worse in Thucydides’ day.

Good education cannot, on its own, confer greatness of soul, but it can encourage it by exposing us to great minds and by constantly challenging us to develop virtues, including the charity that makes civility a matter of course. Noblesse oblige actually respects the intelligence and worth of the human person. But it is more than merely civil. In a Christian context, it treats those less talented or less fortunate without a show of superiority because it recognizes that they, too, are made in the image and likeness of God. It is hard to say that anything obliges God, but Christ Himself embodies the model of noblesse oblige in His every gesture and word. By contrast, Shakespeare’s Marc Antony in his oration over the body of Caesar displays “an obsequious court to the people” in playing upon popular passions for political ends. We obviously see too much of Marc Antony these days and not enough civility or noblesse oblige.

I think sometimes civility is mistaken for weakness, especially in the political arena. That's the wrong interpretation.

Interesting that you would have such a thought. Most of the people I know consider the ability to maintain civility to be an asset and a strength, especially so in the arena of politics.

I guess you missed seeing the word "sometimes" in my statement.

No, actually I didn't. The frequency of ocurrence of your viewpoint is of no consequence to the statement I made.

Having trouble understanding why this is a City Lights feature. Besides being an opinion piece masquerading as news, it's flat out false.

Making civility an end in itself, rather than a means, privileges the powerful, who are the ones who get to decide whether it's too soon or rude to investigate wrong, declare injustice, or demand change. Civility bulwarks the status quo; and a perpetrator has the luxury of politesse precisely because he is not the victim.

As has been noted elsewhere, no one in history ever gained a right by asking for it. It's the unafflicted and unoppressed whom it benefits to pretend otherwise.

one of the best articles I've seen in the San Diego Reader. It's clearly an opinion piece, but don't see how the simple fact of it being in a normally news column makes it masquerading as news. From what I read it sounds like the author is actually saying civility is a means; a means to free and open exchange of ideas, reason, respect, and ultimately to truth. Civility is what allows the lowly to rise in society before getting squished by the powerful who want to keep them in their place. And yes, civility protects the powerful as well, especially from a mob that might be incited to lynch them because of something that is not true. My suspicion is some readers might have a reactionary response to the article and fail to see its merit, because it holds out Hillary Clinton as one example of incivility. And in this environment of incivility, political loyalties come before anything, no matter how truth or merited it might be. I have to admit, I didn't know what obsequious means until I looked it up.

BTW, I don't believe uncivility is actually a word. I think the proper word would be incivility. Kind of surprised our resident editor and spelling monitor didn't catch it.

Unciviity is an archaic usage of incivility, being an extension of uncivil. But yes, incivility is the preferred spelling.

Archaic enough that it apparently is not included in the Miriam-Webster dictionary nor any other online dictionaries I looked at,.which is sufficient enough for me to say it isn't actually a word.

Also, it's spelled Merriam (not "Miriam").

"Noblesse oblige" and "civility" are NOT synonyms. But the ideas expressed here certainly serve a heap of condescension to contrarians. I am reminded of influential San Diego yachtsman and GOP stalwart Malin Burnham, who actually funded an institute for civility some years back -- does it still exist? -- and physically located it at Liberty Station. My understanding of Burnham's "civility" was we should all be polite, satisfied and share the same political views. Forget about dissent -- note this writer chides Hillary for her opinions about how to behave under Agent Orange (the name African-American film director Spike Lee calls Donald Trump.) Maybe we should forget about both "noblesse oblige" and civility" and just settle for resolving not to murder each other in our places of worship or recreation.